Carolina watched as the other children made their way to school. She eyed their freshly pressed uniforms, their new notebooks, and the handfuls of sharpened pencils. All Carolina wanted was to join them, but she knew her family would never be able to afford it.

Her family lives in Zambia, a country where more than 60 percent of the population lives below the poverty line. Poverty leads to more poverty. It’s a difficult cycle, and in Carolina’s community, people face consistent unemployment, high crime rates, and limited access to education, clean water, or medical care. School has never really been an option.

But these aren’t Carolina’s only struggles. Early in her life, she lost her mother and her siblings to sickness. This was difficult to handle for someone so young, but in Zambia, it is not uncommon. The country, still reeling from the HIV/AIDS pandemic of the ’90s, is home to more than 1 million orphans. But as terrible as losing Carolina’s mother was, it was no match for what happened next.

Carolina’s father did not handle the loss of his wife and children very well. After their deaths, he began to drink heavily. He neglected his one remaining daughter and became an alcoholic. Eventually, he passed away as well, leaving Carolina in the care of an aunt.

Carolina has experienced great trauma for someone so young; yet, she continues to dream. She dreams of receiving an education, and she dreams of a life where medical care and sanitation are not luxuries. She dreams of a bright future, one that can be provided only through schooling.

But long before Carolina dreamed of going to school, someone else had a dream.

Pastor Emmanuel has been working in Zambia for nearly two decades. He is a pastor, but he also dreamed of opening a school for low-income children like Carolina. He dreamed of a place where orphans and children from poor communities could come and grow up — just like any other kid. He believed that children from these communities had something important to contribute to Zambia’s future.

After 14 years of dreaming, Pastor Emmanuel added a school on the compound of his church. Today, the school provides an education for 60 children — nearly half are orphans like Carolina. 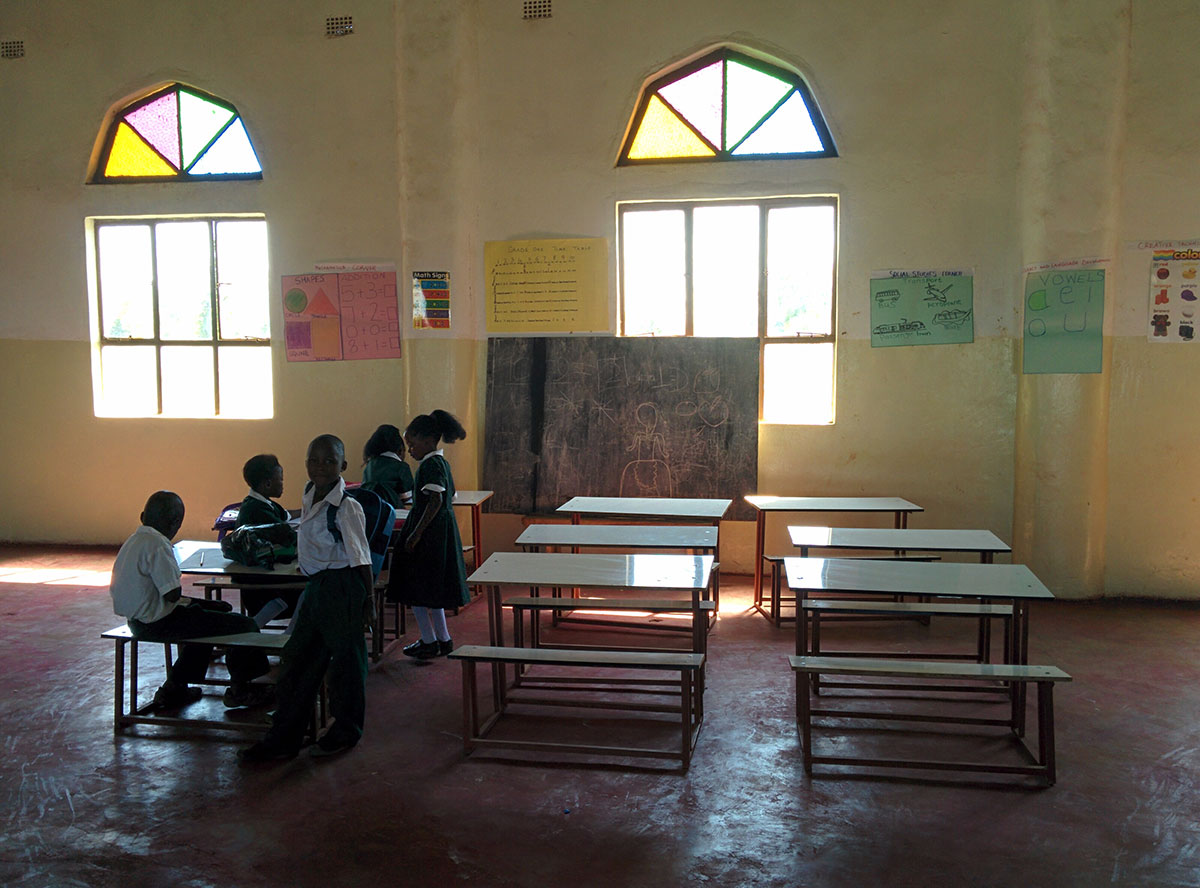 Thanks to generous child sponsors, Pastor Emmanuel is able to pay well-trained teachers and provide children with everything they need to attend classes. In their green uniforms with pressed white collars, these students look like every other student in Zambia — regardless of where they come from.

According to Pastor Emmanuel, the vision of the Fountain School is to “raise the best students who contribute to the development of nations.” He believes that an educated child can grow up to change the world, no matter where his life begins. Students are encouraged to work hard in their studies while also learning basic business skills. They are trained to be leaders in their communities.

But the students also have their physical needs met. At the Fountain School, students are fed a nutritious meal. This may seem like a small thing, but for many of the children, that could be the only meal they eat that day. They also receive regular medical attention, ensuring that their lives won’t be cut short by simple, preventable diseases.

Standing on the shiny, red floors of the classroom, clutching their bags of school supplies, the children who attend the Fountain School are finally able to dream of a life outside of poverty. Some of the students hope to be teachers, others wish to be doctors, or farmers, or businessmen. Whatever their dream, child sponsorship is helping them achieve it. 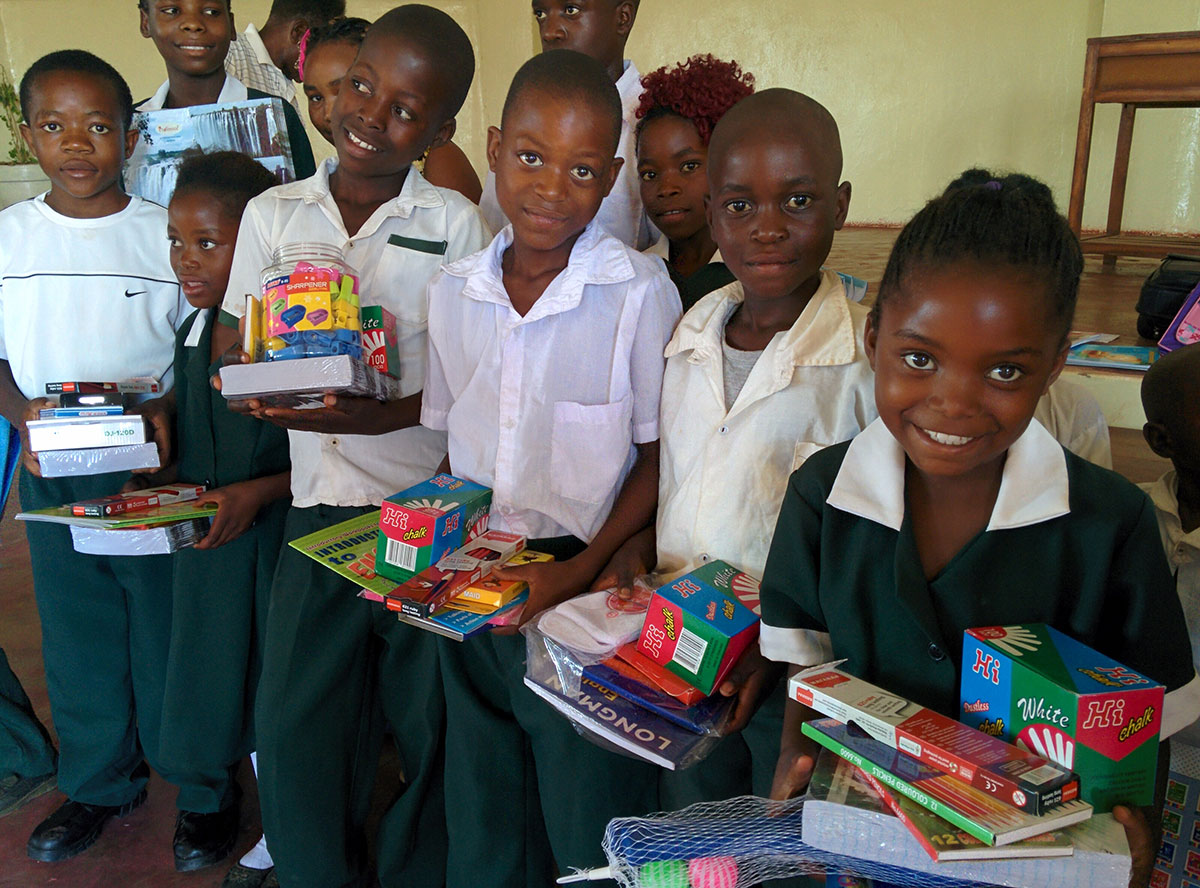 But there are still many children around the world waiting for help. These children have endured so much suffering and are forced to watch from the sidelines. Today, you can help a child begin to chase his dream — for just $35 a month! You can be the one to extend a helping hand to lift a child out of the cycle of poverty.

A lot of these children have experienced great loss and heartache. However, when you sponsor a child, you show the love of Jesus Christ. You ensure that adults who love Jesus and love kids surround your sponsored child. The love you show will transform a child’s life.

Today, Carolina is sponsored and attends school, but there are so many impoverished children in our sponsorship program still waiting … wondering if someone cares about them. You can help rescue a child from a life without hope. Will you sponsor a child today?

To find out more about how sponsorship works, visit our sponsorship page. Or click below to see children around the world who still need a sponsor. You can select a child based on gender, age, or country … or even find one who shares your birthday!

For just over a dollar a day, you can help put a kid like Carolina on the path to a future full of possibilities.

And when you sponsor a child, you not only change his life, you also change yours.