Why I Choose to Sponsor Above All Else

Rebecka Robinson would never see child sponsorship quite the same way after her time in Guatemala.

She’d been eagerly anticipating her trip for months. She and her husband, Matt, were searching stores for the perfect gifts to bring to Cristel, the little girl they’d never met, but somehow loved already.

Cristel was born into a catholic community in remote Guatemala. Many of the young boys and girls in her village had mentors they referred to as their guardian angels. Sadly, Cristel has never had a mentor of her own. But the day she learned she had a sponsor, she ran to her mother and exclaimed, “Mommy! Mommy! I have a guardian angel too!”

However, it wasn’t until Cristel and Rebecka met in person that they realized just how much they meant to each other.

The morning of their meeting, Rebecka was more nervous than she anticipated.

“I was nervous it would be awkward and I wouldn’t know how to talk to her with the language barrier,” Rebecka said. But the moment she saw Cristel and her mother, Ana, walking toward her, her nerves began to vanish. 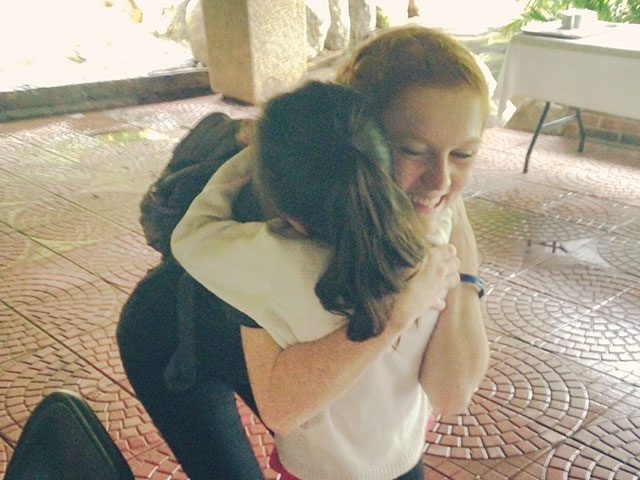 “I remember walking out and seeing her with her mom, and from there it was just natural,” she explained. “She smiled and came up to me and she gave me a big hug!”

Rebekah introduced herself to the timid little girl standing at her mother’s side. She had glowing brown eyes and a radiant smile, and she was proudly wearing her nicest clothes for such a special occasion.

Through the help of a translator, Ana explained to Rebecka that she was far more than a sponsor. To Cristel, she was like a guardian angel.

“I didn’t realize until that moment how much sponsorship really means to a child,” Rebecka said. “Your prayers and your investment are just so meaningful.” 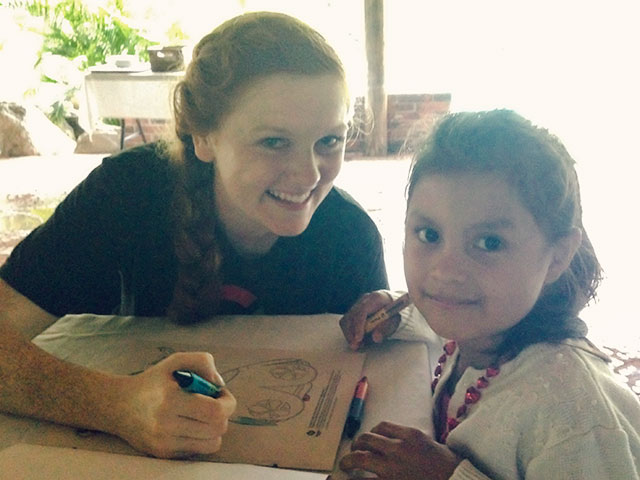 It was an afternoon they would certainly never forget—the joining of worlds thousands of miles apart through one simple decision to act in love.

Out of all the ways to get involved and make a difference around the world, Rebecka recommends sponsorship first.

“Sponsorship is personal,” she explained. “It’s more than just meeting physical needs. For some of these children, you might be the only believer speaking into a child’s life with the love of Christ.”

“You have a chance to build a relationship with a child across the world for just $35 a month,” she added. “That’s pretty incredible.”

There’s no better time to reach out to someone who needs you.

You can be the one to transform a child’s life today.