I’m convinced refugees need our help now more than ever before. That’s why I can’t wait to tell you about this matching gift opportunity.
Share Tweet
or
Send an email

This week, I’ve seen the needs of refugees firsthand, and I am convinced they need our help now more than ever before.

So many of them have told me they are terrified to return home … or they have nothing to return home to. They desperately need supplies to survive today and tools to build a better tomorrow.

That’s why I’m so excited to tell you about a special matching gift we recently received to help refugees. Because of this limited-time match, every dollar you give will be doubled — so your $35 gift becomes $70 to impact the lives of TWO refugees!

When you give just $35 today, you can change the life of someone like the former biology teacher I met this week.

This brave sister in Christ has experienced severe persecution for her faith. Back in her Syrian village, her Muslim neighbors would threaten her daily, saying ISIS would kill her if they found out she was a Christian. To keep her identity safe, I’ll call her Yana.

Shortly after Yana fled with a group of other refugees, she heard ISIS had bombed her church.

Her memories from those first few weeks after escaping still haunt her. Children became sick. Many of the elderly couldn’t endure the difficult journey and died.

Yana eventually arrived in a refugee camp where she was welcomed by other believers and received help from Christian donors on the other side of the world. “We are finally safe now,” she said.

Because of her refugee status, Yana can’t apply for any teaching jobs right now, so she is studying English and sewing at our vocational school in the camp. As she embroiders fabric and sews stuffed animals, she is doing more than making goods to sell. She is rebuilding her life. 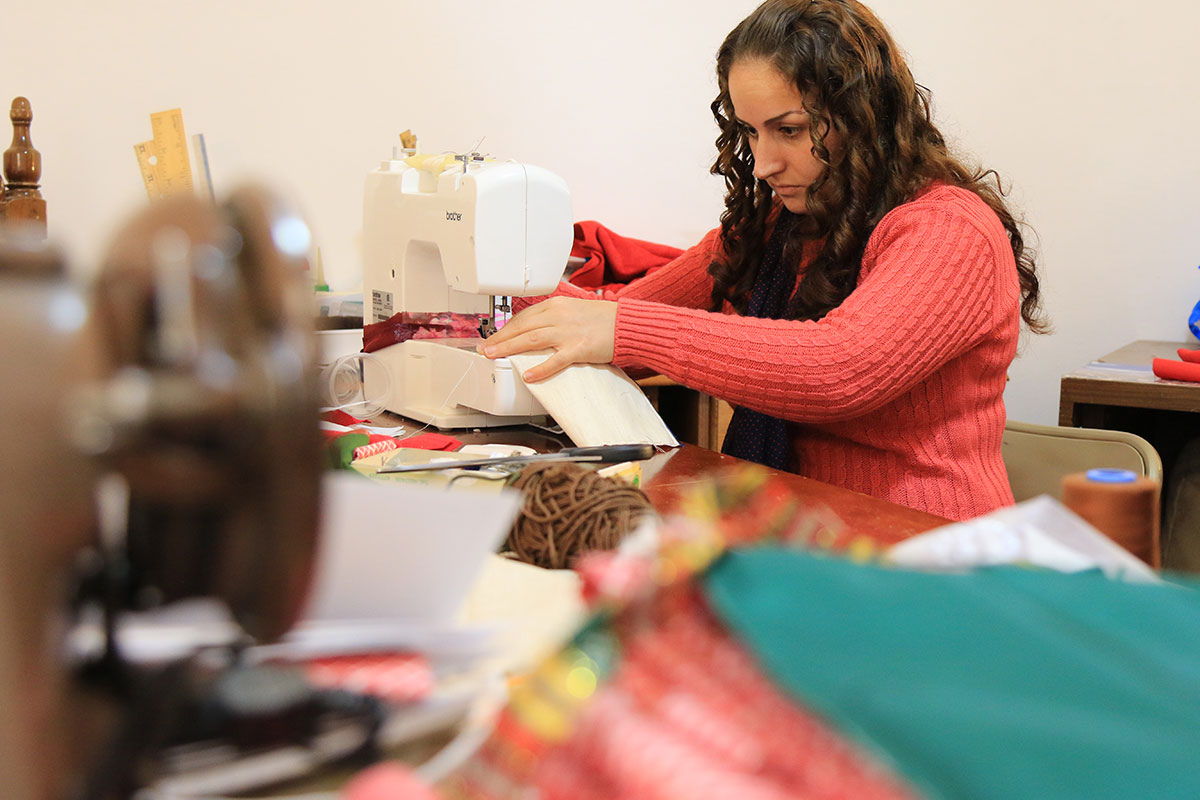 So far, 90 students have attended the school to learn trades such as tailoring and computer repair. They now can support themselves and their families again.

But many other refugees still have a long way to go before they are self-sufficient. And you can help them get there.

Your $35 gift right now provides $189 worth of lifesaving supplies such as food, blankets, and medicine that will sustain a refugee until he or she can start a new life like Yana.

And remember, for a limited time, your gift will be matched 100 percent — impacting twice as many people!

As I head home from the Syrian border, I don’t want to forget these refugees. And I hope you won’t, either. Please give what you can today. Your gift will double and make an incredible difference in the lives of those in need.

Help a refugee today
Thank you. Please do not refresh the page while we process your transaction.