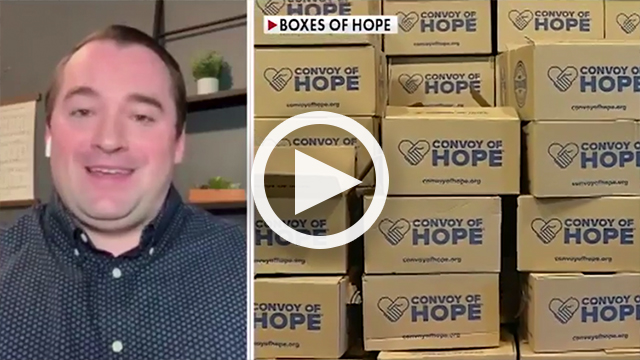 A New Jersey church sparked a nationwide movement after shipping one of its members who tested positive for the coronavirus a care package.

Chris Morante, the pastor of Evangel Church in Scotch Plains, told “Fox & Friends First” how he started “Boxes of Hope,” which nationwide is through GetBoxesOfHope.com.

“We’ve always been committed to reaching our neighbors,” Morante said. “We always say our mission field is across the street and around the world, so we began to mobilize our efforts as soon as we saw the crisis beginning.”

The church partnered with Convoy of Hope and World Help — two disaster relief organizations — after they learned that a member of its flock had tested positive for COVID-19.

After the pastor reached out to that person, he noticed how much hopelessness they had in the dire situation.

“We wanted to do something tangible to show God’s love, so we just delivered some groceries in a box to their front door,” the pastor said.

And after they saw the hope it brought one family, they started doing it en masse, shipping out 600 boxes in the New Jersey area.

Morante said the response has been amazing.

“People come to the door in tears,” he said. “For you to know that you’re not forgotten, there’s a God that sees you and loves you and there’s someone in a church that cares about you. It really means the world to people.”