A final battle we cannot ignore

You’ve seen it before — the epic final battle in a movie, the one the entire plot has been leading up to. Some iconic battles that come to mind include:

• Rocky squaring up against Ivan Drogo in Rocky IV

• The Battle of Endor in Return of the Jedi

• And, of course, the final scenes in every superhero movie ever written

After these battles, the survivors walk away, and the credits begin to roll. We leave the theater or turn off the TV and go on with our lives.

Right now, the Syrian civil war is possibly barreling toward its own final battle. Government-backed troops are massed in Idlib — the final rebel stronghold — ready to move in. Air strikes have already devastated the region. The Syrian government is hoping to take the province, which will mean the war that has lasted for nearly a decade will likely be over.

But this isn’t a movie … the credits will not role. And the Syrian people caught in the middle will not be able to simply walk away and go on with life.

Unfortunately, similar crises are taking place around the globe. War has plagued South Sudan since the young nation gained its independence in 2011. Refugees have been fleeing violence in Iraq for more than a decade. In Nigeria, terrorists have displaced more than 2.4 million people.

These refugees need your help. They are struggling without enough food, medicine, and other essentials. But you can help provide the necessities one person is desperate for. All it takes is $35 to provide $189 worth of aid for a refugee. 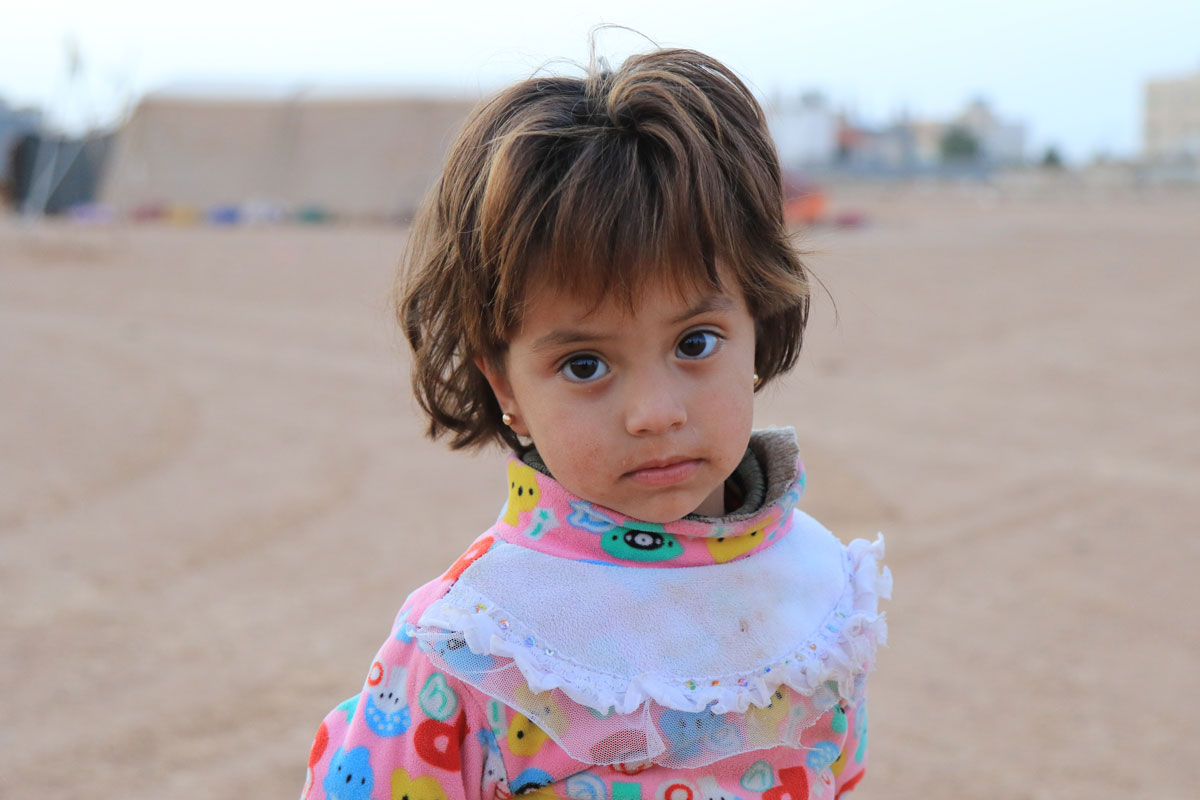 For the people of Syria, this is perhaps their greatest hour of need.

The United Nations is saying that this could be “the worst humanitarian crisis of the century.”

Right now, more than 3 million people live in the area of Idlib. Many of them are already refugees; just six months ago, they were fleeing devastating chemical attacks in eastern Ghouta. Now they are living crammed together inside small shelters. The area is so crowded that some have said if a gun is fired in Idlib, the bullet will kill two people.

Turkish authorities are saying that if a full-scale battle breaks out, the small region will become “a lake of blood.”

But the fight to survive won’t end when the battle does.

It is estimated that up to 1 million Syrians will be displaced if attempts at peaceful resolution fail and the region comes under attack. That’s 1 million men, women, and children … running in terror, simply trying to stay alive. These refugees have known nothing but violence, fear, and loss for the past seven years. And they are running out of places to flee. Many countries have closed their borders, so these refugees will end up in crowded camps with nothing but the clothes on their back.

Their lives will not go back to normal, and ours shouldn’t either.

These Syrian families — plus countless other refugees around the world — are in desperate need of food, clothing, and medical aid. But if the numbers overwhelm you, think instead about the one.

In houses throughout Idlib and refugee camps scattered across the globe, people just like you are huddling together, scared, crying, praying, and wondering what will happen in the next few days.

By giving to support a refugee today, you can help provide them with food, water, and medical aid. For just $35, you can provide emergency supplies that will provide hope and help save a life.

And thanks to generous corporate donations and grants, your $35 will multiply to provide $189 worth of critical aid!

You may not be able to restore their home or return what they’ve lost, but you can give a refugee the help he needs to stay alive.

Please don’t turn away from refugees in their time of need. Right now, you can be the hands and feet of Jesus in the midst of this brutal crisis.

Give today and help support a refugee during this tragic time.