Early this morning, our team flew from Amman to Erbil, Iraq, where our partners are working around the clock to distribute aid to persecuted believers who have fled ISIS violence. There are an estimated 200,000 refugees in this area alone struggling each day to survive. 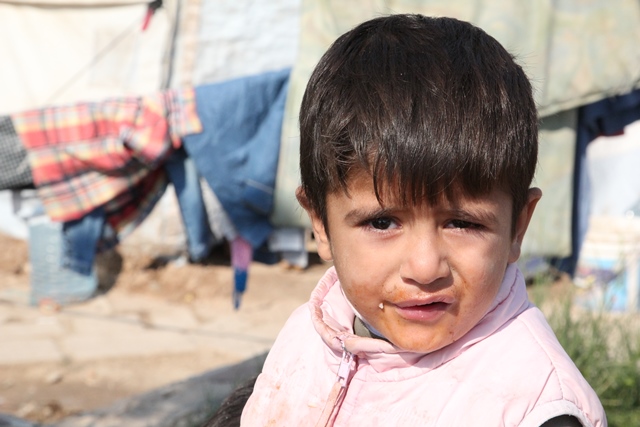 We visited World Help warehouses being stocked with supplies—food staples, stoves, heaters, blankets, and water—to distribute to families in desperate need. With winter quickly approaching, these resources are expected to be totally depleted in the coming weeks. More funding is urgently needed to respond to the growing crisis.

Area hospitals have been completely destroyed and medical care is one of the biggest areas for concern. At one of our stationary medical clinics, we saw dozens of refugees receiving care for chronic illness and gaining access to life-saving medication. 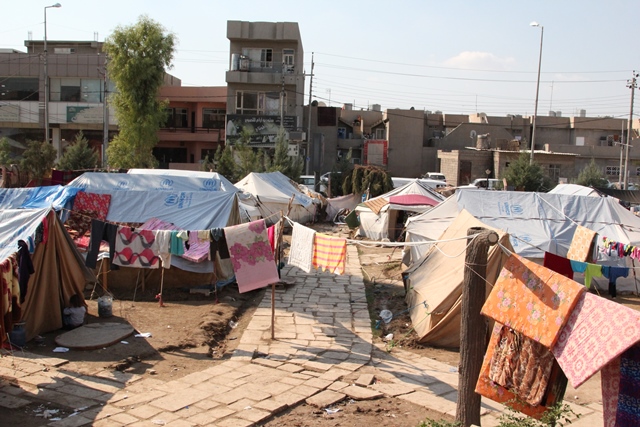 Inside the city, we came across dozens of tent communities where refugees have relocated. They were in public parks, parking lots, and on narrow strips of land lining the road. One was right in the middle of the city and was occupied by more than 50 families crammed into about 20 flimsy canvas tents.

Watch this short video to get a glimpse of what life is like here:

Watch Inside Iraq: Refugees Suffer in the Wake of ISIS’ Terror from World Help on Vimeo.

Everyone came out of hiding when we served a hot meal . . . and for many, it was one of the first times since fleeing Iraq they had encountered any sort of human kindness. 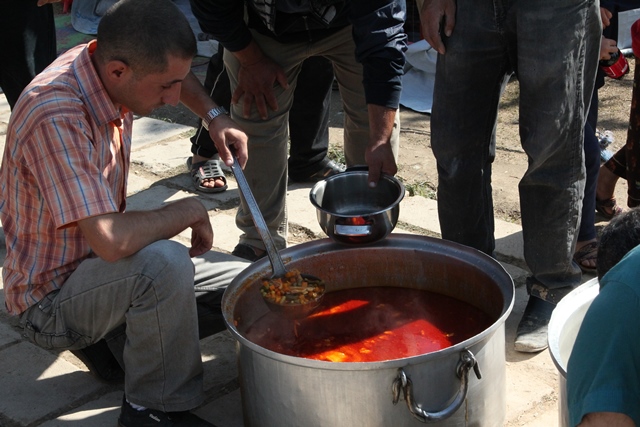 Everywhere I looked, I saw signs of utter human misery. One father, with a tiny infant in his arms, cried out in desperation, explaining that he had no formula left for his child who was starving. Another woman pleaded with us for medicine for her daughter who had a lesion on her head that had become dangerously infected.

I also met Linda, a Christian from Bartella, Iraq. ISIS had taken her village by storm, clearing every home of its occupants with the blaze of machine guns. Linda barely escaped with her four children and slept in a public garden for months. Each one of them became seriously ill from the terrible living conditions. 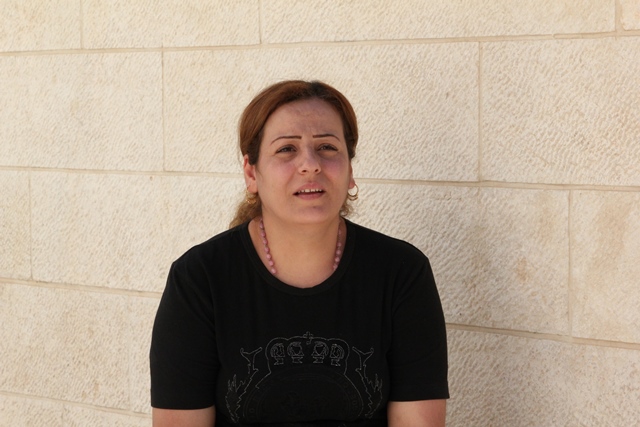 Others were finally able to help Linda and her children find a more adequate shelter, but life has become simply unbearable. “They don’t have their father here, which makes things very difficult. The children cry every night . . . they’re hopeless,” she told me with tears in her eyes.

Our brothers and sisters in Iraq are in terrible danger. Every day, the situation worsens here. And for the thousands who have escaped the brutality of ISIS, there is little hope for the future.

We cannot forget their suffering. Please join us in responding compassionately today . . . it’s a decision that can literally save a life.

OR LEARN MORE ABOUT OUR STRATEGY