That’s equivalent to the amount of time the population of France spends at their jobs every year.

It’s no wonder that so many people in Africa are trapped in an endless cycle of poverty. Every hour a woman or child spends collecting water is an hour that could be spent in the classroom or earning an income.

As of 2017, 24 of the world’s 30 poorest nations were African countries … due in large part to lack of clean water and other basic resources.

Huge areas of rural Africa don’t have reliable access to clean water, which is made worse by the remoteness of many African villages. These communities are so spread out that water sources, even dirty ones, are often far away.

Sometimes nearby clean water sources are owned by neighboring communities, and the water is either completely off limits to outsiders or can only be bought for an outrageous price. Since most rural African families can barely afford to put food on the table, buying clean water is out of the question. 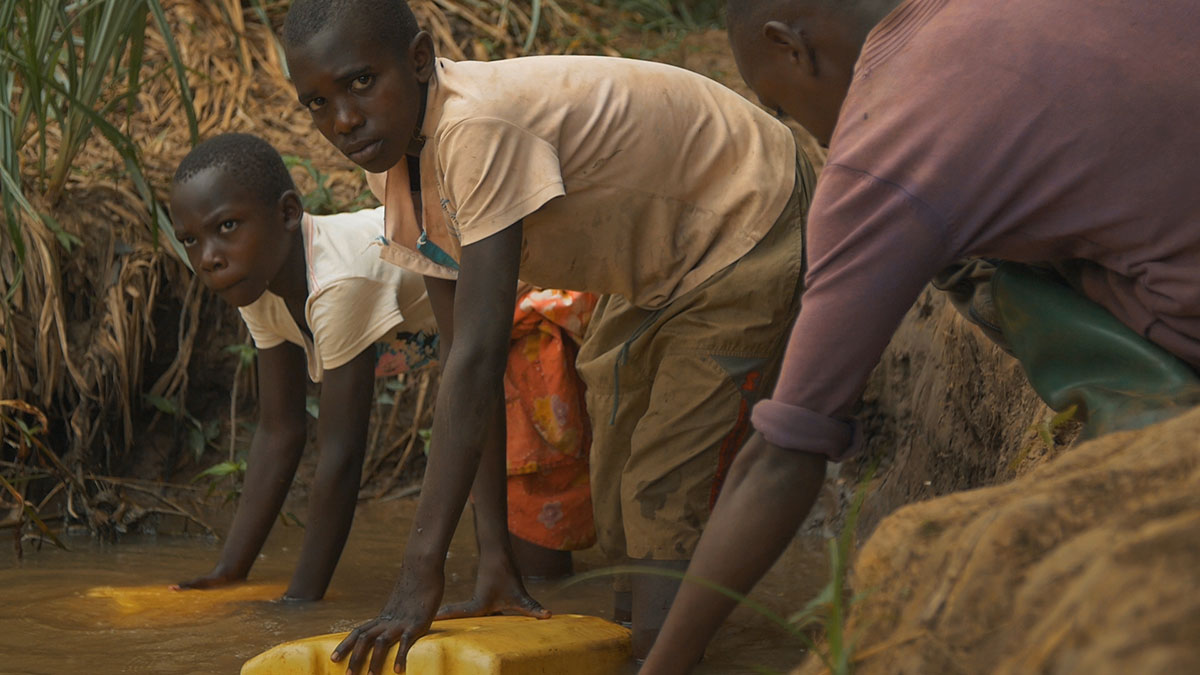 This means people must resort to drinking and using dirty water. And when water is hard to find and far away, sanitation and hygiene suffer; baths and hand washing are not priorities.

Not to mention the harsher implications. The U.N. estimates that 115 people in Africa die every hour from diseases linked to poor sanitation, poor hygiene, and contaminated water.

And illness isn’t the only problem Africans face as a result of the water crisis.

Making the dangerous journey to collect water is a chore that frequently falls to the children. Deadly animals or snakes along the route are a constant threat. And the filled water containers they must carry are heavy — far too heavy for a child.

Some children rise early in the mornings to gather water so they can still get to school. But this isn’t a solution, either; they are often too exhausted to focus in class.

Lack of water also affects adults’ livelihood. Many rural Africans are farmers; they depend on a harvest to feed their families and earn a living. Without water for irrigation, crops often fail, and these families face food shortages and insufficient income to meet their needs.

Zambia, Uganda, and Zimbabwe are three African countries that suffer most from a lack of clean water. Below, you’ll discover why each of these nations is in the middle of a water crisis and what you can do to help. 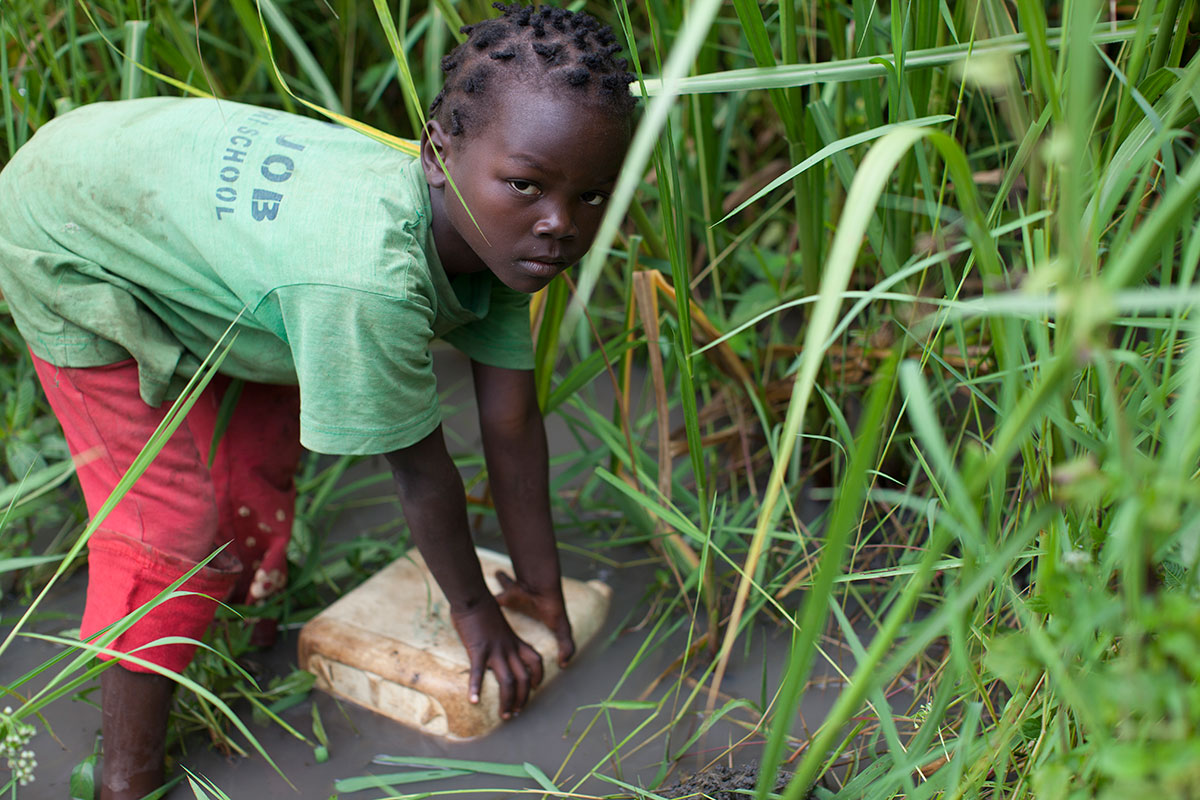 Zambia has long struggled with a lack of water. Nearly 40 percent of the population does not have access to clean water. And recent droughts only complicated the situation.

In one Zambian village, 186 families — many of them farmers — had to share one tiny well. Because it was used so frequently, the well often went dry, and the people were forced to get water from the nearest river.

“Of major concern are the health risks that this poses as cattle, pigs, goats, and humans share the same water source,” our Zambian partner said. “Due to the river’s distance from the village, the residents tend to bathe, do their laundry, and draw water for cooking and drinking from the same river.”

In recent years, drought had caused the river to run dry long before the rainy season, leaving villagers without even dirty river water as an option. “Currently, the river is dry when ideally this time of year it would have been bursting its banks,” our partner said.

Thankfully, generous donors provided this village with a new well, and the entire community is rejoicing to finally have all the clean water they need.

Although Uganda borders the largest lake in Africa, about 20 percent of Ugandans don’t have access to improved water sources; in rural areas that number is even higher.

Many people have to walk up to 12 miles round trip to the nearest water source … sometimes multiple times a day.

The pastor of one Ugandan village said, “We as parents were so worried for the young children, especially girls, fetching water late at night [and] putting their lives in jeopardy. We have had many cases [where] girls have been raped while collecting water in the night.”

When this community finally received the gift of clean water, parents rejoiced because they no longer had to worry about the safety of their children. In fact, many parents can now watch from their doorways as their kids walk the short path to the water well.

In Zimbabwe, clean water is rare no matter where you go. Even in the capital city of Harare, the water pipes are often empty; for families who live in remote villages, conditions are significantly worse. About 32 percent of rural Zimbabweans don’t have access to clean water.

Contaminated water causes frequent illness and is a leading cause of death in Zimbabwe. In 2008, a cholera epidemic swept across the nation, affecting almost 100,000 people.

Anna, a 55-year-old mother and grandmother, lost several relatives in the epidemic. Her district was one of the worst hit in the country. Still, she had no choice but to continue collecting water from polluted sources and watch her children do that same … that is until recently when a well was provided at a local school.

Anna is grateful her children and grandchildren now have safe water, and she is looking forward to growing a garden now that she has the means to water it.

Many people in Africa are facing a complicated water crisis … but it is solvable. And you can help solve it — one person at a time.

By helping provide clean water for people in countries such as Zambia, Uganda, and Zimbabwe, you can change lives. For as little as $15, you give someone access to clean water for an entire year.

Click below to learn more about how you can be part of the solution to end water poverty.