“Hi, my name’s Emma. I want to start a water well project in Guatemala.”

Those are words you’d expect to hear from a veteran donor or a wealthy philanthropist with years of experience — not a 13-year-old girl.

One summer afternoon about three years ago, Emma visited World Help for the first time. She was young, but she had a dream. She just needed a starting point. 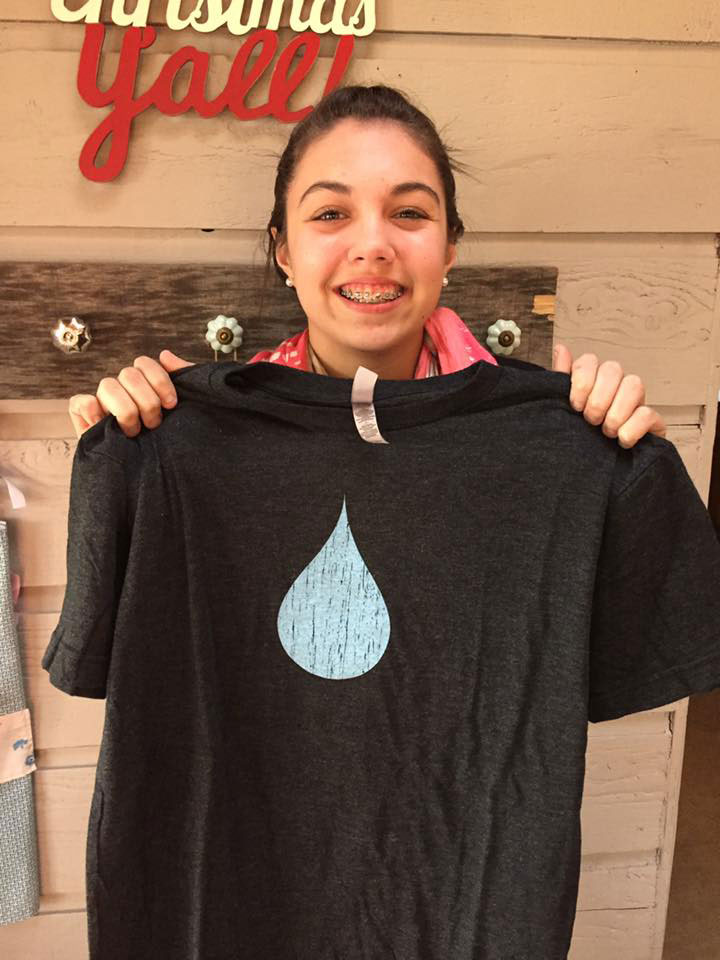 Emma grew up helping others. She’d participated in many ministry opportunities through her church from showing love to inner-city kids to feeding the homeless at various shelters. But during a week-long missions trip to Florida after eighth grade, Emma’s heart took on a new burden.

She wanted to give clean water.

“It ended up being perfect because when I confronted [my mom] about it, I had my back-to-school doctor’s appointment,” Emma said. “And my doctor’s office is right across [the street] from World Help.”

Emma met  Mark Watkins, a donor advocate at World Help, that day. Impressed by her commitment and passion for clean water, Mark helped her begin the journey to raising $15,000 for a deep bore well in the village of Colonia Las Brisas Estanzuela.

But that journey took much longer than Emma expected. 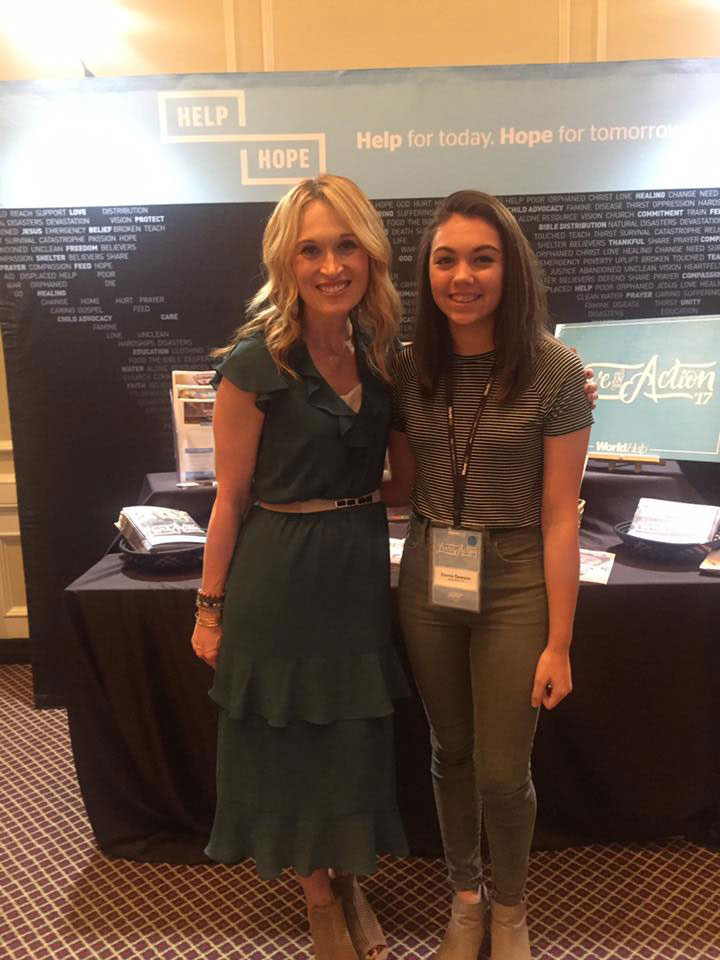 “I think it was at the two-year mark that I got really discouraged,” Emma said. “But I never gave up.”

She spent every spare moment fundraising, selling goods, and spreading the word. And she didn’t do it alone. Emma credits her mom as being her biggest supporter.

“My mom was really the solid rock to this project,” Emma said. “She helped me through all of it.”

One of the main ways she helped her daughter was through the Appomattox Vintage and Artisans Market, which she hosts twice a year. It’s an outside market where local artisans and entrepreneurs sell homemade goods such as candles, soaps, jewelry, and more.

Emma stationed herself near the entrance and sold tote bags to customers so they could carry their items around the market. Any profit she made went toward her well project.

But as a young teenager, Emma admits that talking to older people can be a bit daunting. “It scares me sometimes, you know?” Emma said. “Social anxiety!”

Still, she swallowed that fear and pressed on. 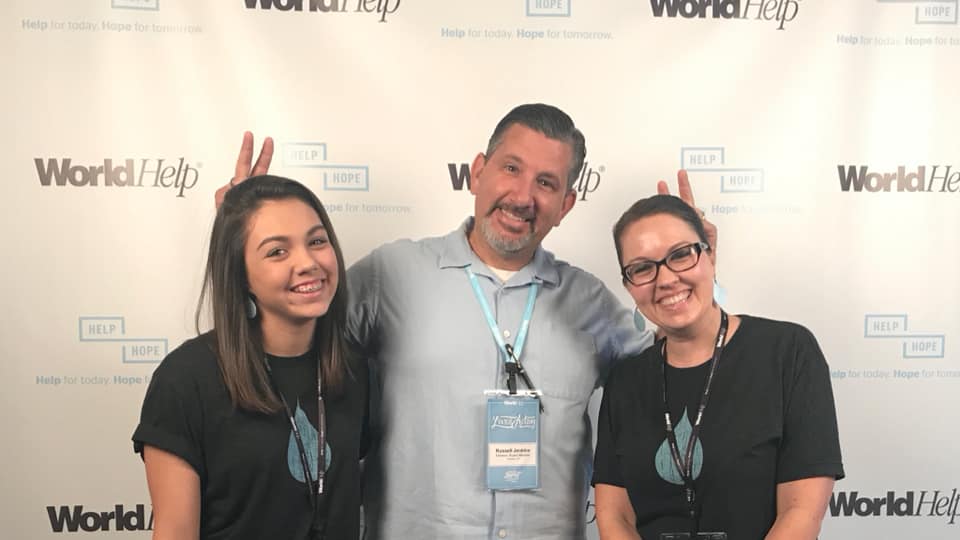 In fall 2017, she attended a fundraising event hosted by World Help that educates and inspires donors on how they can have an even greater impact around the world. While there, Mark encouraged Emma to speak with a few people he thought could help her cause.

“Mark had me go talk to the World Help Board of Advisors,” Emma said, “and I was shaking. But they donated, so it was fine.”

Fast-forward to late 2018, and only $2,000 stood between Emma and her goal. She participated in a Facebook Live event, sharing her heart for clean water and the importance of bringing it to communities around the world. People watched … and starting donating.

Several months later, Emma received the email she’d been waiting for. Her well was completely funded!

Now, it was time to see her dream come to life. 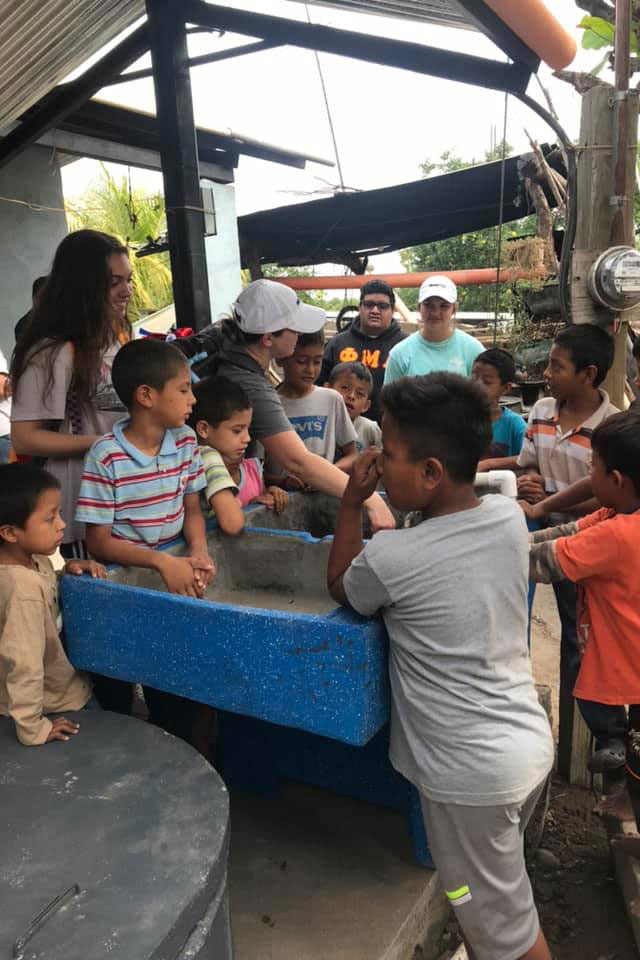 In January 2020, she hopped on a plane for the first time and flew to Guatemala, her mom and Mark by her side. But she worried she wouldn’t see any clean water. There was concern that the well wouldn’t be completed in time.

Then Mark spilled the good news —

“They finished the well the day before I got there,” Emma said. “I was so excited.”

Just 24 hours prior, the tiny village had no access to clean water! Women still had to trek for miles just to get a bucket of dirty river water for cooking and cleaning. And children were getting sick after drinking it.

But Emma’s gift changed all that.

As Emma went to see the well she helped fund, a dozen little boys gathered around her. Everyone moved in closer, eager to see.

And the countdown began.

The pipes jiggled as a force rushed through them. And in a matter of seconds, crystal-clear water came pouring from the faucet.

“I was standing right in front of it, and the boys [from the village] were surrounding it,” Emma said. “As soon as the water came out, I splashed it.”

The children giggled excitedly, wiping the water droplets from their smiling faces. Nearby, the women stood in awe. 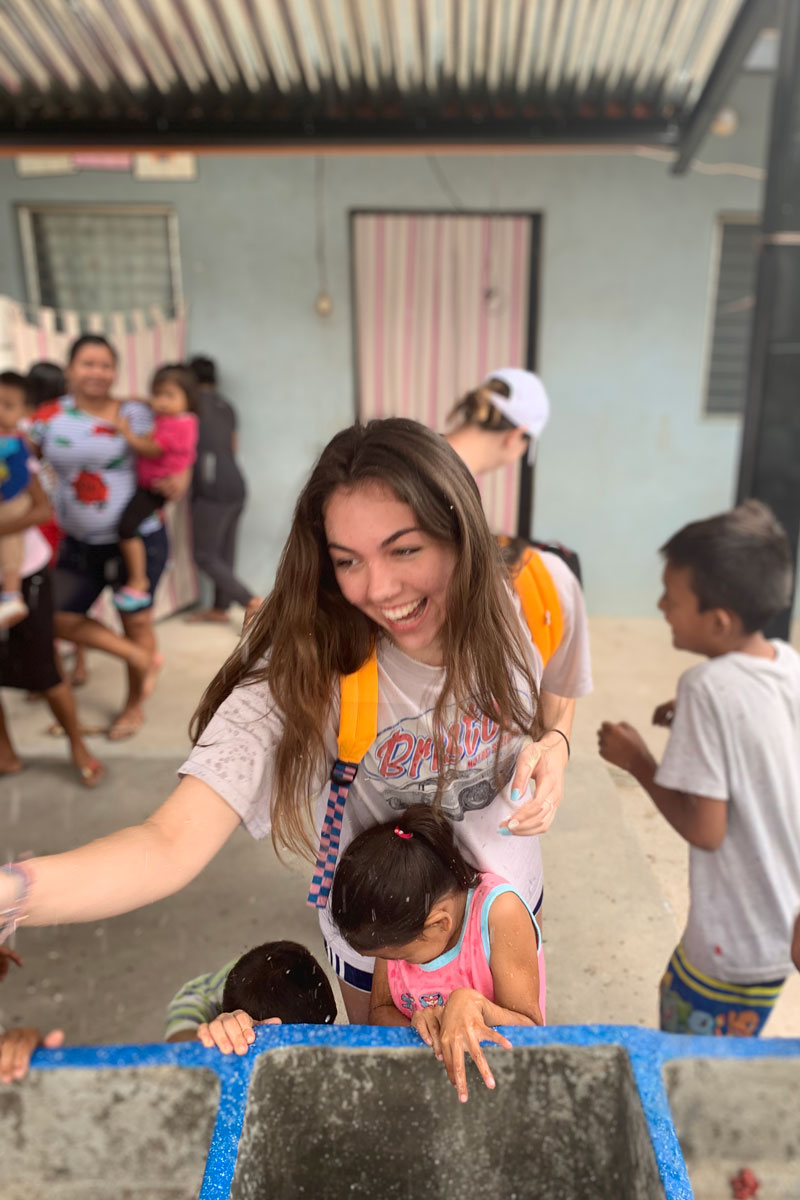 ​“I don’t think they knew how to react,” Emma said. “The women were crying and were very grateful and happy. They told me ‘thank you’ I don’t know how many times.”

Now, those families are enjoying a healthier life. They don’t have to walk for miles and carry heavy buckets of dirty water. Mothers don’t have to worry about their children drinking contaminated water and catching cholera or some other disease.

Emma Dawson brought tangible hope to an entire Guatemalan community at just 16 years of age. It took her two and a half years to raise the funds, but she did it.

Today, you can give someone the life-changing gift of clean water, too. You don’t have to build an entire well like Emma. You can provide one person with clean water for an entire year for just $15. When you do, you’ll not only give someone a healthier future … you’ll also share the love of Jesus.