An idyllic life lost for the sake of Christ

Ammar had the perfect life. He had a beautiful wife, two loving children, a successful career as a teacher, and he lived in a prominent city in Iraq.

We’ve changed Ammar’s name for his protection because he eventually lost everything in order to follow Christ.

One night when Ammar was watching television, flipping through the channels, he discovered a Christian TV show. Intrigued, he watched even though he and his entire family were Muslim. He had been taught that being a Christian was wrong, but hearing the Gospel piqued his interest.

Secretly, he continued to search out answers to his questions. He visited churches, talked to different Christians, and finally attended an evangelistic meeting. After talking to one of the pastors there, Ammar gave his life to Christ. 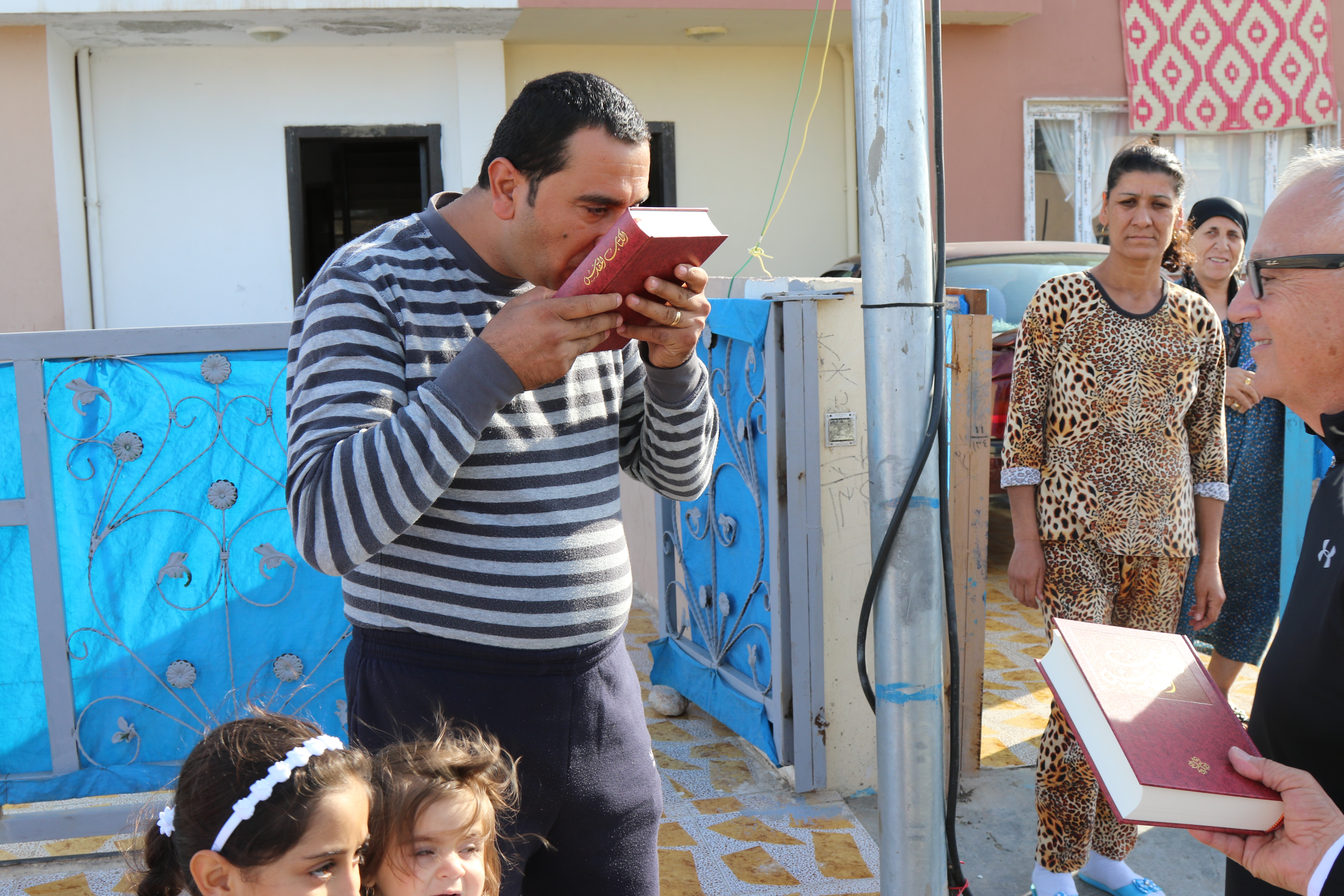 Not long afterward, Ammar was baptized. But he knew he couldn’t share that he was a believer with anyone in his Muslim community because that could be a death sentence.

However, the difference in his life was so apparent that his wife finally discovered he had converted. Instead of having mercy, she turned him in to local authorities.

The local officials imprisoned Ammar and beat him daily — almost to the point of death — because he was a Christian.

When Ammar was finally released, he was broken, bloody, and bruised. All he wanted to do was go home, but he learned that his in-laws had taken his wife and two children and moved them away. They had also issued an official divorce between him and his wife.

Not only did Ammar lose his family, but an official contacted him and told him he had 48 hours to gather his belongings, leave the city, or he would be killed. Quickly, Ammar fled for his life.

Ammar lost everything when he became a Christian: his home, his family, his job, and his status. But he found everything he truly needed — a relationship with Jesus Christ.

Now living in a new city in Iraq, Ammar is working full time in ministry, using his skills as a former teacher to tell others about Jesus Christ. And though he was beaten and abused, Ammar wouldn’t change anything about his story. 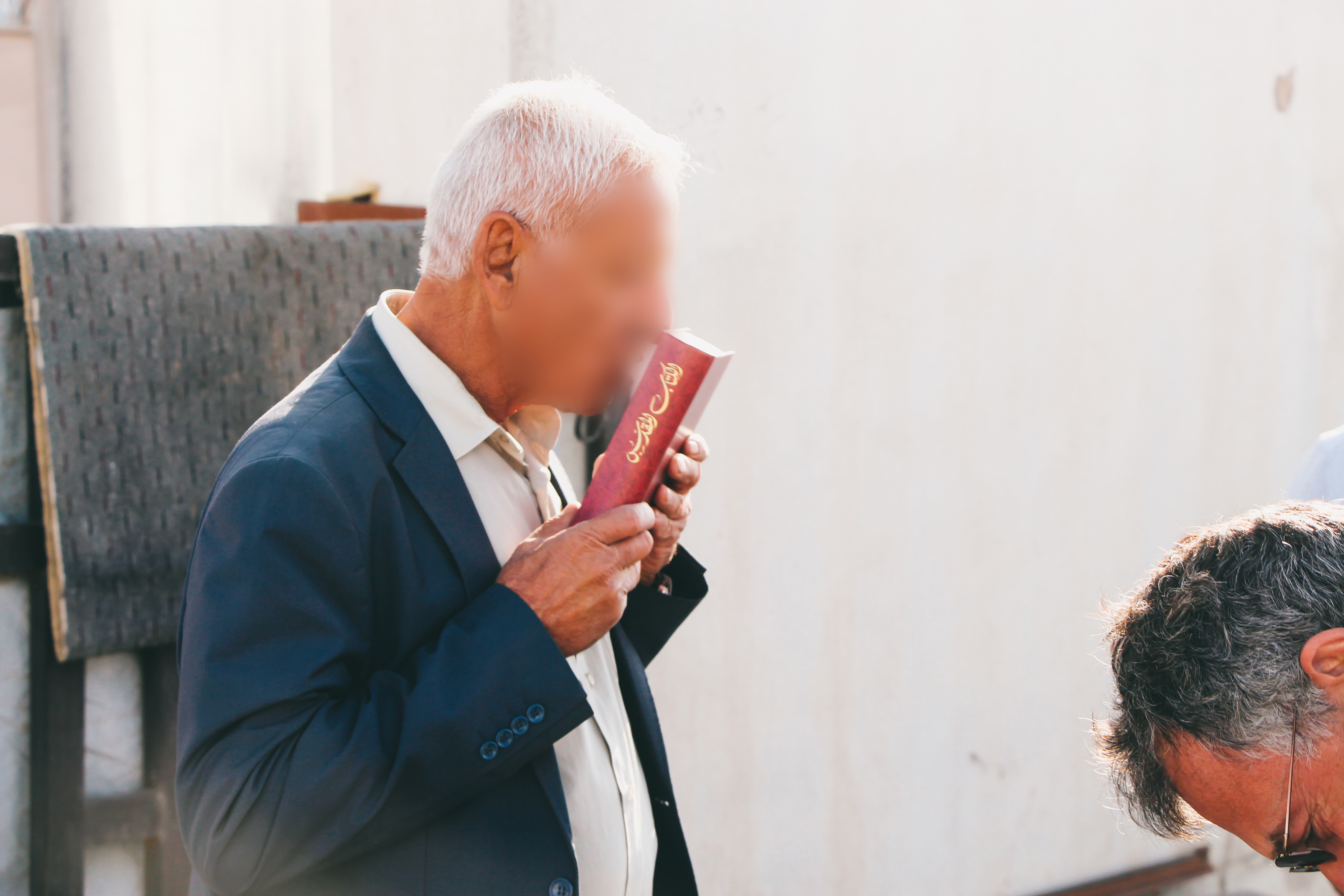 The one thing that many persecuted Christians like Ammar are repeatedly asking for is access to the Word of God.

Often, secret believers can’t find a copy of the Scriptures in their countries because it’s illegal to own one or stores won’t sell them due to the stigma against Christians. Thankfully, we have a network of partners that is able to covertly distribute Bibles in these spiritually dark countries.

This Nov. 3 is International Day of Prayer for the Persecuted Church. As you pray for believers like Ammar who have given up everything to follow Christ, will you also be an answer to prayer by providing Bibles to help them grow in their faith?

Since most believers share their copy of the Bible with at least five other people, you will be instrumental in spreading the Gospel.

And if you give before Nov. 3, your donation will be DOUBLED thanks to a matching gift — so every $10 you give will provide TWO Bibles for persecuted Christians instead of one.

Believers like Ammar have suffered greatly for their faith, but  you can give them the peace of the Gospel today.

Your gift of Bibles DOUBLES
15