“Wherever you Christians are running to, you will never be safe! You can run from the danger, but the danger will surely catch up with you!”

Gail remembers those mocking words being flung at her in one of her weakest moments. It was between the third and the fourth time that Boko Haram soldiers had threatened her life for being a Christian. She and her family had been running for days. They hadn’t had any food to eat, and the only water they had drunk was from dirty puddles.

She was exhausted. But she knew that God would give her the strength to keep going.

Gail is one of countless Christians around the world who face persecution for their faith, and we’ve had to change her name to keep her safe. These brothers and sisters desperately need your prayers and support, which is why Nov. 1 is set aside as the International Day of Prayer for the Persecuted Church. 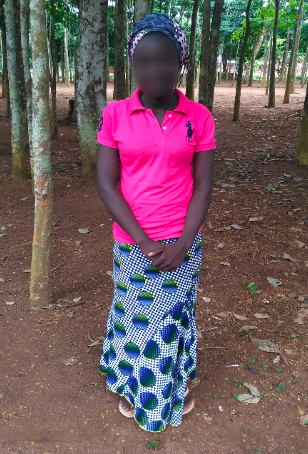 Your prayers are powerful. In fact, Gail believes that one of the main reasons she is still alive today is because of the power of prayer.

That’s because Gail has been attacked not once, not twice … but four times by Boko Haram, the deadly Islamic terrorist group in Nigeria. And God has miraculously saved her life each time.

It started on a normal Sunday morning. Gail and her family were sitting in church worshipping the Lord when suddenly something crashed through the window and onto the floor. It took a moment before anyone realized what it was.

“A bomb!” someone shouted.

Everyone ducked for cover and braced for the blast … but it never came.

The bomb that Boko Haram soldiers had hurled in the window, hoping to wipe out an entire congregation of Christians, was defective. The Nigerian army raced to the scene and defused the bomb. The believers were safe.

But the Boko Haram soldiers weren’t going to give up that easily. They waited until it got dark, and then they attacked. They burned houses, churches, and schools.

“It was a nightmare,” Gail recalls.

Gail, her mother, and her younger siblings were all kidnapped and taken deep into the forest.

Gail attempted to escape, but she was caught. One of the militants slashed a razor blade across her Achilles tendon. As she screamed, the soldier screamed right back in her face.

“Try to escape again, and we will kill you!” he shouted.

Undeterred, she and her mother began planning their next escape attempt. They waited until the soldiers were distracted one night and then silently shimmied up the nearest tree.

When the soldiers returned to find the family gone, they were furious and began shooting blindly into the trees, hoping to hit the runaways.

“God please protect us,” the family prayed. And He did. God directed that wild spray of bullets so that not a single one came close to them. 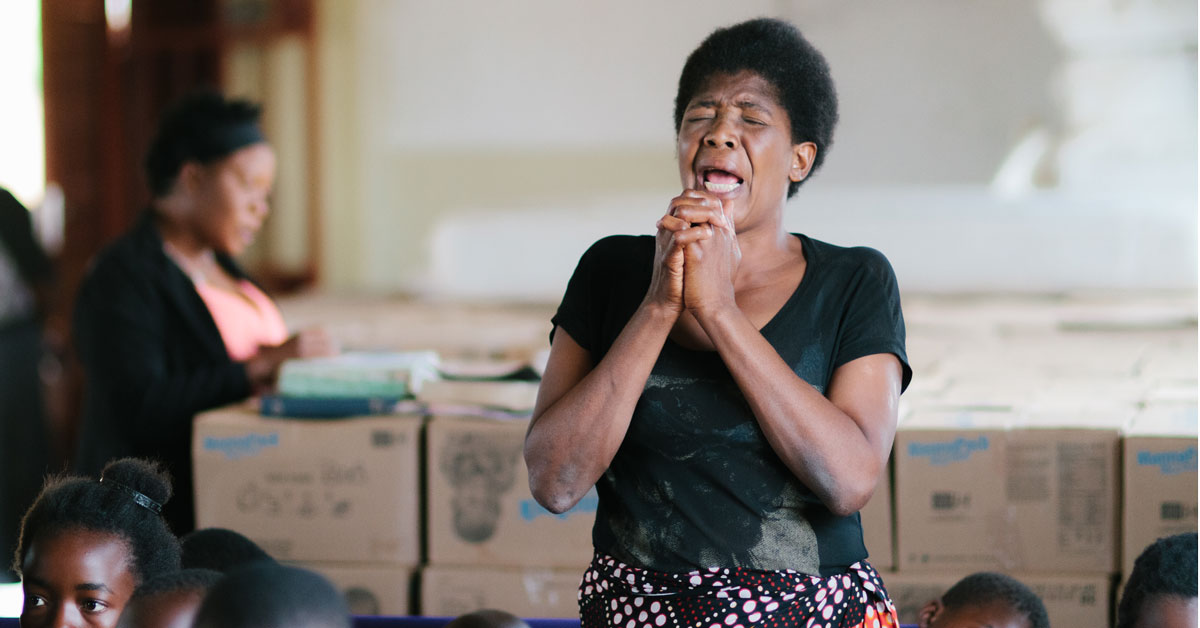 Finally, the soldiers moved on, and Gail’s family was able to climb down and escape. They went to Gail’s grandfather’s house where they hoped they would be safe.

But Boko Haram found them there, too. The terrorists burst into the house and demanded that Gail’s grandfather convert to Islam or die.

“I will not deny Christ,” he declared. He even began preaching to the terrorists while they attacked him.

Gail begged them to stop. In response, they knocked her the ground and executed her grandfather right in front of her.

Next, they lunged at Gail to kidnap her, but God gave her the strength to escape. She ran and ran. A young girl like her shouldn’t have been able to outrun an entire group of armed men, yet she did.

She knew it could only be because of God.

It was shortly after this and after reuniting with the rest of her family that Gail heard those horrible, mocking words: “Wherever you Christians are running to, you will never be safe!”

But God was looking out for Gail. He was about to show her in one final undeniable miracle that she was under His divine protection.

One day, while Gail and her younger sister were alone, they were attacked by a group of Boko Haram terrorists. The terrorists had already captured many other people as well, some of them Christians and some of them Muslims.

They announced to the Muslim captives that they would begin killing the Christians in front of them as a warning of what happens to people who turn from Islam.

One of the soldiers pointed his gun at the first Christian. Gail could hardly watch as the man pulled the trigger. She steeled herself for the gunshot, for the screams. She prayed for God to deliver them. She waited … but all she heard was a soft click.

The man pointed his gun at another Christian. Click! Nothing happened.

One of the others tried with his gun. Nothing. A third terrorist pulled his trigger. Still nothing.

Finally, the group decided to “test” their guns on the Muslim prisoners. The guns fired perfectly, and the Muslim prisoners fell to the ground. The kidnappers, callous to the fact that they had just shot their own people, turned back to the Christians.

They fired … but again, nothing happened.

The militants were so confused and amazed by the miracle they were witnessing that they let Gail and the rest of the Christians go! God had answered their prayers and saved them!

Psalm 91:9-10 says, “If you say, ‘The LORD is my refuge,’ and you make the Most High your dwelling, no harm will overtake you, no disaster will come near your tent. For he will command his angels concerning you to guard you in all your ways; they will lift you up in their hands, so that you will not strike your foot against a stone” (NIV).

This passage applies perfectly to Gail’s situation and to the situation of so many other persecuted Christians around the world. But many of these believers have never had the chance to read it or be comforted by it because they don’t have access to a Bible.

You can help change that, though. 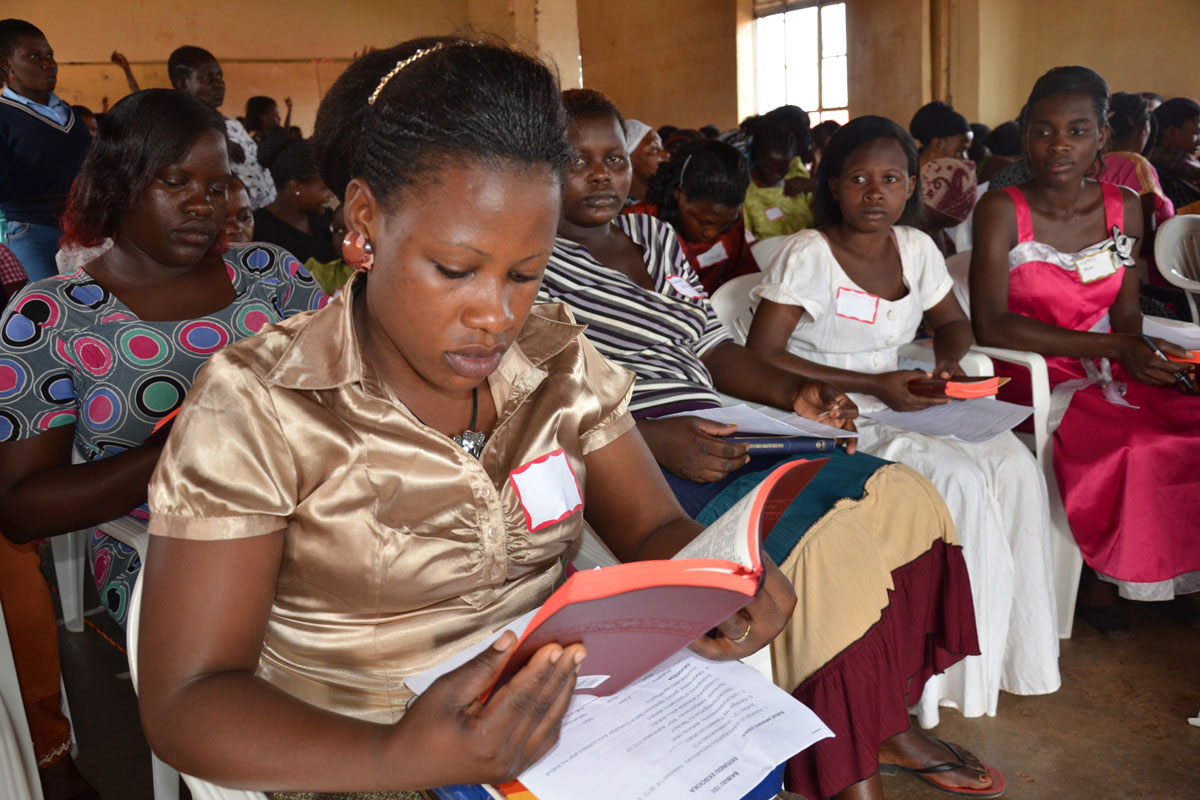 In addition to praying on International Day of Prayer for the Persecuted Church, you can also provide a Bible to a Christian in need for only $10.

Believers like Gail are brave, but they need and deserve the security and reassurance found in the Scriptures. They deserve to read Psalm 91 for themselves.

Today, you can give a persecuted Christian ultimate peace in a violent world.