Check out your incredible impact in the latest annual report

The numbers are in, and it’s official — this past year was an incredible success thanks to YOU!

Victims of natural disasters received lifesaving aid like food, clean water, and clothing. Persecuted Christians held their own Bibles for the very first time. Entire villages are thriving because they now have water wells. And so much more.

How was this possible?

Because you chose to give. Your gifts provided physical help and spiritual hope to families in desperate need. Because of you and other generous donors, hundreds of thousands of people were impacted.

Click below to download the brand-new annual report and learn how your generosity made a difference around the world! 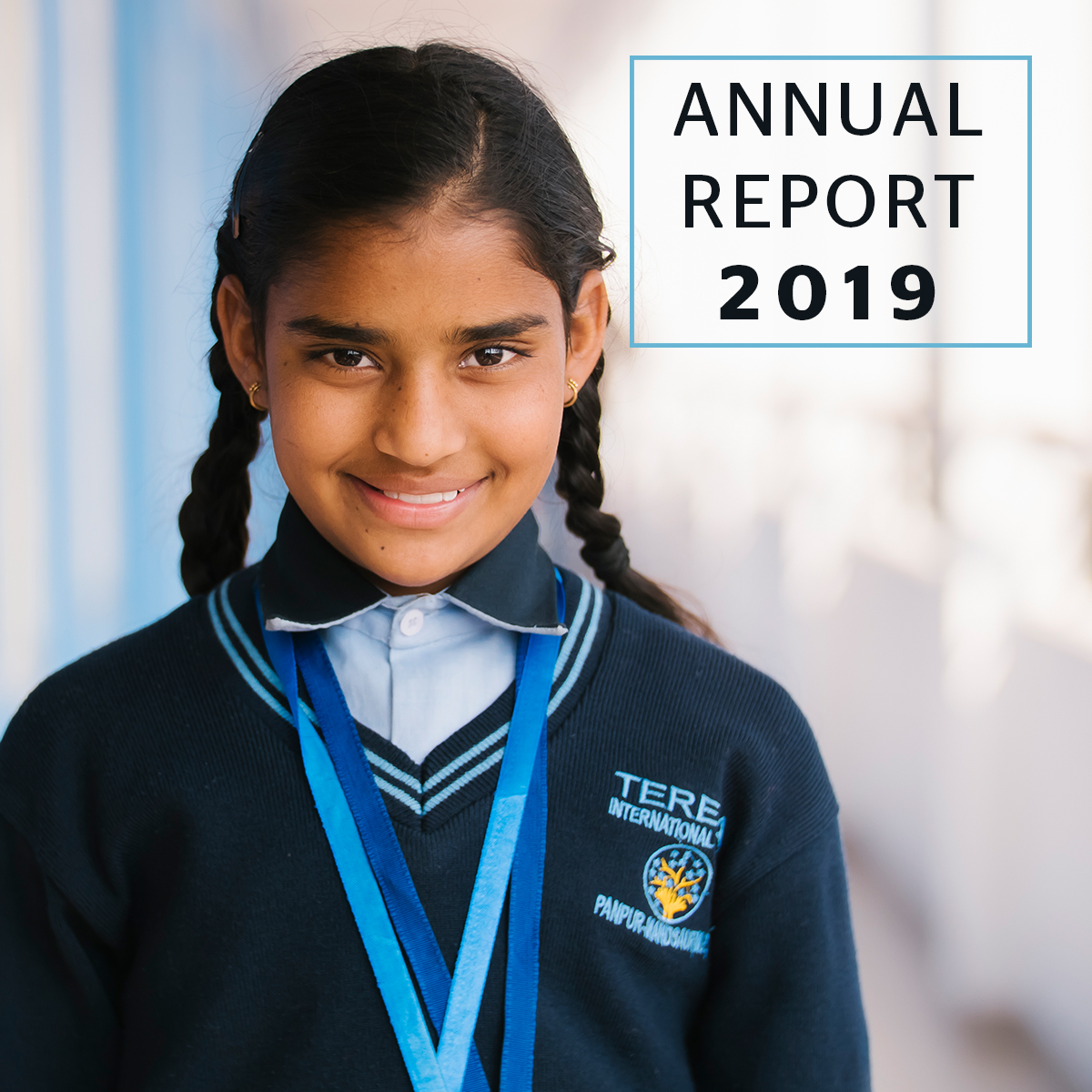 Families in impoverished places struggle on a daily basis. Many of them die from starvation or lack of medical care. But you came to the rescue in their greatest hour of need. You gave them hope and the chance at a better life.

Here are just a few of the ways you were a world changer last year:

You helped rescue people from poverty and disasters

You played a part in providing lifesaving supplies to 569,606 people in 21 countries

• The aid you provided was a lifeline for people like Chipo.

Chipo went into labor right as Cyclone Idai was striking Zimbabwe. But she couldn’t wait. As the roads began flooding, she journeyed to the hospital alone … while her husband stayed behind to secure their house for the storm.

Sadly, Chipo became a widow that day. The cyclone took her house and her husband, leaving her with no way to provide for her newborn baby boy.

That’s when you came to her rescue. Your gifts helped ship a container full of diapers, formula, and other essentials to the people of Zimbabwe. Now, Chipo has what she needs to care for her son!

You provided lasting, sustainable solutions for communities in poverty

• You helped provide 63,888 people with access to clean water

• The World Help family supported children through 13,672 sponsorships in 21 countries

Pastor Tyag is just one example of the many people who benefited from these sustainable solutions to help fight poverty.

Families in Pastor Tyag’s Nepali village used to travel hours just to gather contaminated water. Many of them didn’t have time for church because they spent so much of it collecting water from faraway rivers.

But last year, World Help donors built a water well right outside Pastor Tyag’s church. Believers can now gather water when they come to worship. They don’t have to choose!

Your gifts have helped improve communities like this one all around the world. By providing resources like schools, clinics, clean-water wells, and more, you’ve helped families live safer, healthier lives.

• You were instrumental in providing 46,938 Bibles for Christians and seekers worldwide

Many of the Bibles you and other World Help donors sent made their way into the hands of persecuted believers in North Korea.

When one North Korean man discovered a copy of God’s Word at a friend’s house … it changed his life forever. He became a believer and even started attending seminary!

Thank you for sending Bibles to people around the world. Your gift has given them so much hope. Because of you, they can now draw strength and comfort from the Scriptures, even in the midst of persecution.​

These are just a few ways you helped rescue people in 2019. Whether you helped ship food to starving families in Nicaragua or helped provide lifesaving medicine to a sick refugee, your generosity made an incredible impact.

Not only did you help meet the immediate physical needs of people in impoverished places … but you also showed them the love of Christ.

So, thank you. Thank you for being the hands and feet of Jesus to those in need.

You can click here if you’d like to continue making a difference and help save even more lives today. Your gift will be used to help provide emergency food, clean water, medical care, and more to people suffering from poverty and the recent pandemic. Every $12 is enough to help rescue someone in urgent need and bring hope.

Help another person in need