This is Christ Community Church (CCC) from East Taunton, Massachusetts—a family of Christ followers that is partnering with World Help to bring sustainable change to impoverished Guatemalan villages. 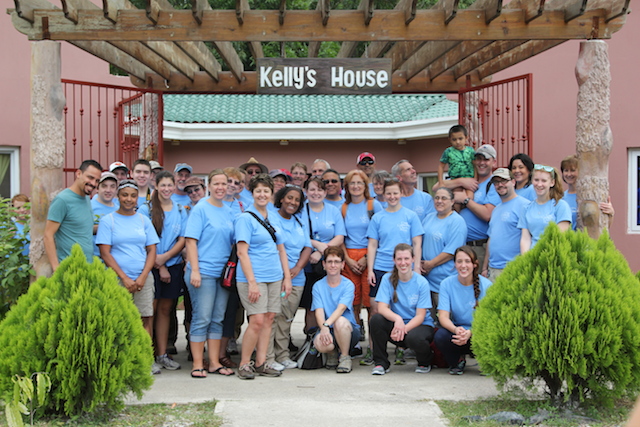 They first came to Guatemala several years ago, where they were introduced to El Arco, a community of 250 families suffering the consequences of extreme poverty. The children were sick from drinking dirty water, and those living at the top of the mountainside village had to make a dangerous climb down to fetch water every day. The overall health of the village was poor, but it was the children who suffered the most. 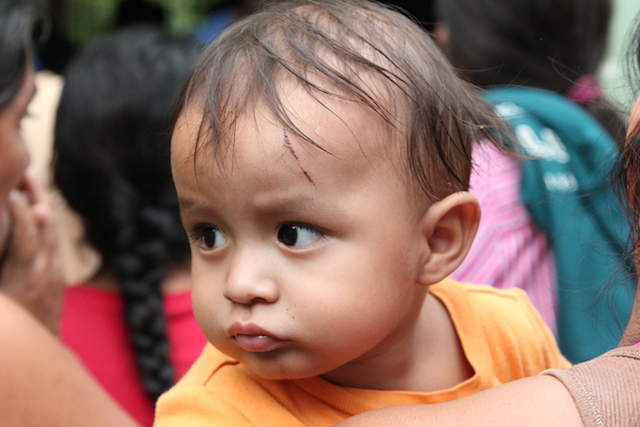 Since they first met, CCC has provided a new clean-water well and a pipeline that runs to the top of the village and flows into El Arco’s individual households. They have also built a new church and rectory, two brick ovens, and are involved in a women’s vocational school where they facilitate a micro-loan program. Currently, they sponsor more than 50 children from the village—an investment that is literally changing the future of this community.

Today, the team is returning to El Arco—one of the two weeklong trips they make every year. I have the privilege of joining them. They’re armed with 5-gallon buckets filled with aid and supplies for the families . . . and plenty of lollipops. 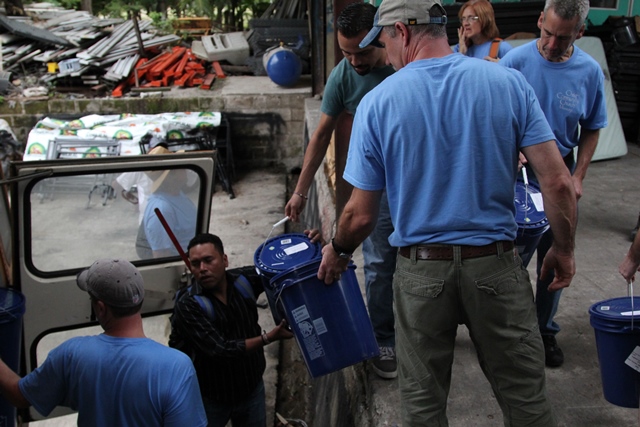 We pile into an old school bus and I listen to the others talking animatedly as we wind our way through lush Guatemalan countryside. Their voices rise about the creaky engine that roars and sputters on our way up the hill to El Arco.

There are more than 40 team members on this trip. Many of them have been to Guatemala before. For some, this is their 3rd, 5th, even 7th time back. 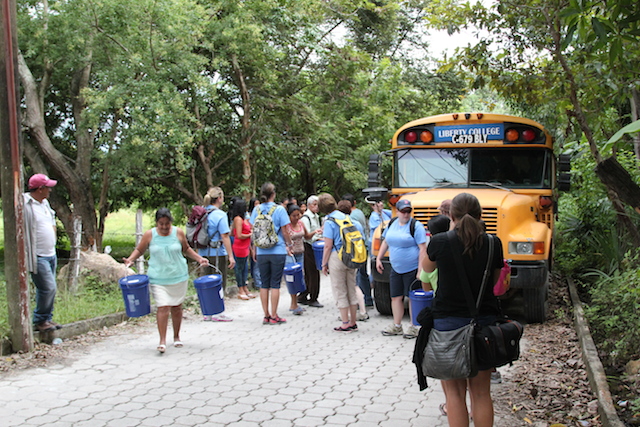 Children and mothers with babies on their hips gather around our bus as we reach the outskirts of El Arco. The team begins to unpack the buckets and one by one, giggling children volunteer to help—an offer CCC members can’t refuse. As soon as the buckets are unloaded, we begin the ascent to El Arco single file on a footpath that is dotted with garbage and skinny dogs. 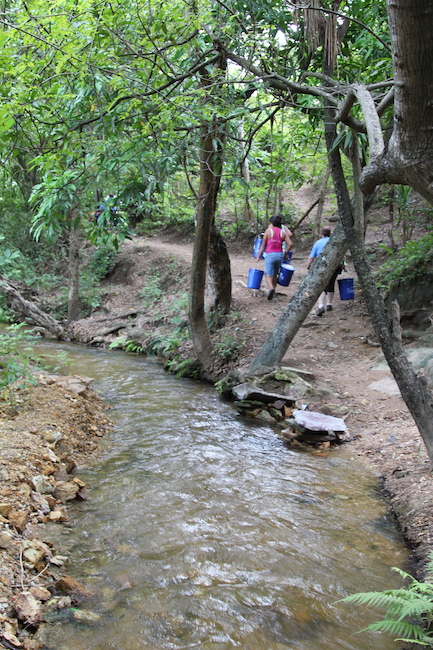 By now we’ve gathered a following of children—some bashful, others amazingly welcoming. CCC members embrace the children openly, reciting their names from memory. The team is well known by the village, and it feels like two families coming together again. More than aid or projects, the people of El Arco know Christ Community Church for their outpouring of love. 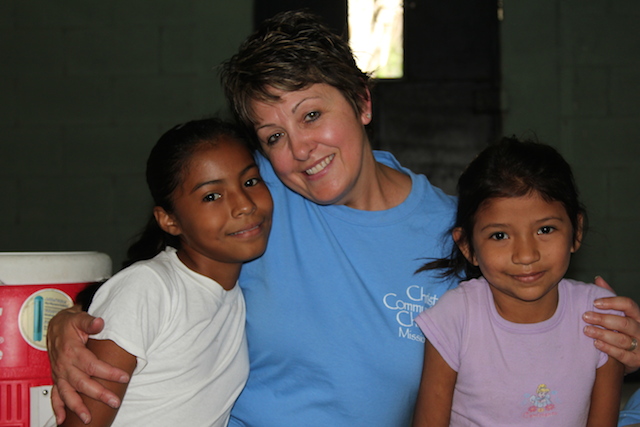 The team returns the next day to launch a 3-day vacation Bible school, and children begin to pour in from the village and surrounding communities. They sing, dance, make crafts, and listen to Bible stories while their mothers look on. The children bond quickly with the team members, and even though many of them only know basic Spanish phrases, every child here understands the language of love. 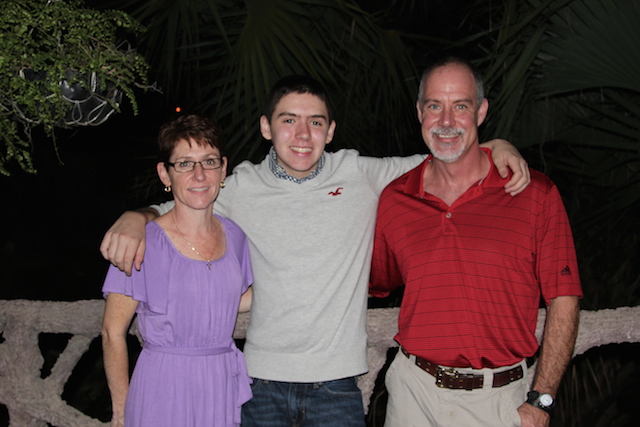 Keri, Adam, and John Bemis are on their 3rd trip to Guatemala.

One of those on the trip is Adam Bemis, who collects and sells scrap metal with his father John to support projects in Guatemala. It takes a considerable amount of time and energy, but John calls it a “labor of love.” It is their gift to Guatemala—an offering made in good faith that God will multiply the impact. 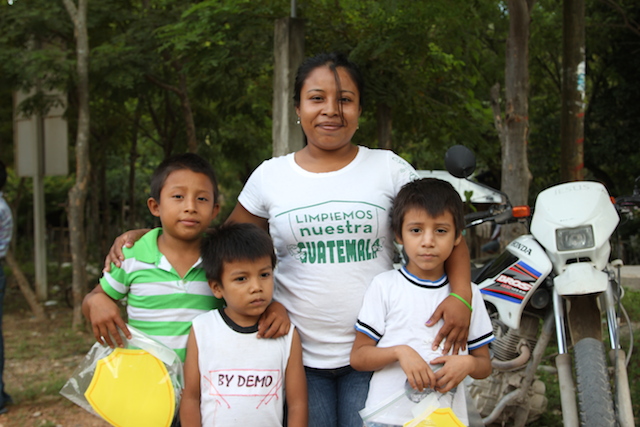 Later in the week, the team distributes a goat to one of the poorest women in El Arco. With it, she and her children will have milk and extra produce to sell. There isn’t a family in the village that hasn’t been impacted by CCC in some way.

While half of the Christ Community team spends their mornings conducting VBS at El Arco, the other half heads to San Juan, a village they’ve just begun to partner with. They conduct a medical clinic on their first day there, and are met by nearly 100 families waiting to be examined. Their needs range from persistent stomachaches to malnutrition to poor eyesight.

In San Juan, CCC is also working to complete the construction of a church and a pastor’s home on the property. The building was originally planned to be a brothel—but God had other plans. Now it will serve as a sanctuary, vocational school, and spiritual training center. 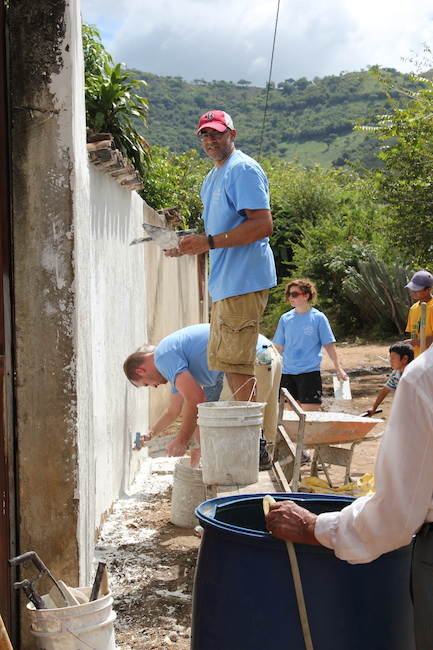 They spend their week painting and revitalizing the exterior of the church as children hover around their work, often asking to help. Just as in El Arco, the children of San Juan bond quickly with CCC team members. “Will you be here tomorrow?” they ask through an interpreter. The team assures them they will be back soon.

“Adios amigos! Hasta mañana!” they call out from the bus windows as it pulls away. This week won’t be the last time San Juan sees the CCC team.

World Help and Christ Community Church believe God can transform the health of these villages one sustainable investment at a time . . . because He himself sets a sustainable model of love and care. This invitation isn’t one sided either—it blesses everyone involved.

Will you join the viable calling to be the “hands and feet of Jesus” on the ground with us? We promise, it’s an investment that will outlive you and last for eternity.

Like CCC, you and your church can bring sustainable change to impoverished communities waiting for hope. Consider taking a step of faith and traveling with us on one of our exposure trips.

Our sustainable giving catalog is also a great place to start. In a few simple steps, you can provide children and families with clean water, livestock, sponsorship, or even a church building. There are so many incredible gifts you can share with people who desperately need to experience the love of Christ.

As Christmas approaches, we encourage you to share hope in a sustainable way. No effort is too small. In fact, transformation starts with one person at a time. The possibilities are endless . . . the implementation is life changing . . . and the results are eternal.