“A sower went out to sow his seed. And as he sowed, some fell along the path and was trampled underfoot, and the birds of the air devoured it. And some fell on the rock, and as it grew up, it withered away, because it had no moisture. And some fell among thorns, and the thorns grew up with it and choked it. And some fell into good soil and grew and yielded a hundredfold.” — Luke 8: 5-8, ESV

The seed of the Gospel is an uncontrollable force — one that can spread wider and grow faster than any wild ivy or kudzu.

Church planters are aptly named because they sow seeds of the Gospel from which a harvest of new believers abounds.

Rafael is a church planter in Cuba — a place where you might expect to find a spiritually dry ground. For his safety, we’ve changed his name.

The majority of Cubans have never heard the Good News of Jesus Christ. But that didn’t stop Rafael from investing his time, energy, and heart into sharing the Gospel with his community.

Rafael began his church planting ministry by combining sports and the Gospel in order to reach his own community. What started out as discipling nine people, quickly grew into a larger ministry.

Before long, Rafael was advising around 80 new church planters.

Every month, Rafael and a team travel to a different neighborhood in Cuba. They spend four months teaching and preaching the Gospel. As new believers come to know Christ, Rafael’s team trains and instructs them how to cultivate new believers themselves so when the team moves on to another community, God’s Word continues to be preached. It is a ministry that is flourishing — and growing rapidly. 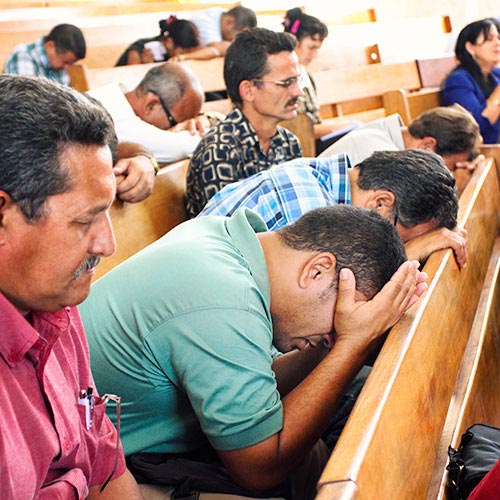 Rafael is passionate about making sure people not only accept Jesus as their Savior, but also grow closer to him every day and continue to spread His Word through evangelism. So his team recently developed a six-course seminary curriculum to help develop local church leaders into caring and knowledgeable pastors.

So far, at least 22 new churches have been planted across Cuba — and there is now a pastor in every province in the country. Thousands of people have become Christ followers.

God is raining blessings down in Cuba, and He’s doing it through church planters like Rafael … and people like you.

Rafael would have never been able to plant the seeds of the Gospel all over Cuba without help from generous supporters. Your generosity allows local believers to dedicate their time completely to the work of growing God’s kingdom.

Just think — by supporting one church planter like Rafael, you can help touch thousands of people with the message of God’s love!