I don’t know how people walk through this life without Jesus.

When I was battling cancer years ago, I felt angry and hurt. But Jesus took those hard times and used them for good. I just had to be patient and wait to see what He was going to do next.

And I did that by reading my Bible. Unfortunately, many people around the world don’t have a copy of God’s Word to turn to when they’re going through hard times. Dev didn’t.

Before Dev became a Christ-follower, he was extremely depressed. He had lost his job and had no way to provide for his family. His mother and four siblings were all depending on him, but he couldn’t help them.

Soon, Dev began thinking about taking his own life. He felt worthless. But during one of the worst days of his depression, the answers he had been looking for showed up in Dev’s life. 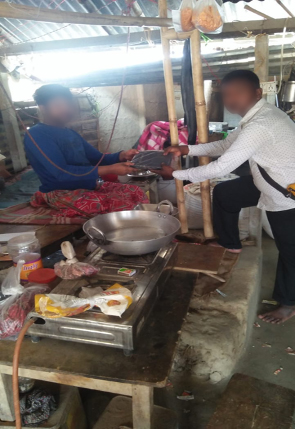 Dev met one of World Help’s partners who told him he could have hope in Jesus, and Dev became a Christ-follower that day. He also received a Bible donated by generous Bibles for All Ambassadors.

Dev now reads from his Bible almost every day … and he’s not the only one. His whole family began reading the Bible too, and now they are all Christ-followers!

Being a Christian isn’t easy where Dev’s family lives. In South Asia, believers are often persecuted for their faith. In fact, “Dev” isn’t even this young man’s real first name. I’ve had to change it to keep him safe.

But Dev and his family are willing to take that risk because the Jesus they met in the pages of that Bible is the only One who can give them the hope they had been searching for.

The words they read in the Scriptures assures them that God will meet their every need.

Dev is so grateful for the Bible that was given to him by Bibles for All Ambassadors. It changed his life forever.

If you’re already a Bibles for All Ambassador, thank you so much for giving God’s Word to people around the world. And if you’d like to become one, you can click here to learn more.

As an Ambassador, you’ll give every month to send three Bibles around the world. Those Bibles will be placed in the hands of persecuted Christians, long-time believers who have been praying for God’s Word, and people like Dev who have never heard the Gospel.

And since the people you’ll help often share their Bibles with family or friends, every Bible you give will impact an average of five people!

You’ll be helping to spread God’s Word to some of the most spiritually dark places on earth.

Learn more about Bibles for All

Alejandro shares the Gospel, but he can’t provide Bibles

“Therefore go and make disciples of all nations, baptizing . . .