Standing in the demilitarized zone separating North Korea and South Korea, I was struck by the contrast between these two nations.

In the South, people are living lives of freedom and dignity. They are worshipping without fear. But in the North, people are starving, and nearly one-fourth of all Christians — approximately 70,000 — are suffering in labor camps. Those who aren’t imprisoned are risking their lives for the chance to hold a Bible for the first time.

But the greatest contrast is the difference between the hatred of the North Korean government and the love of the South Korean believers.

“The North Korean people are not our enemies,” one South Korean pastor told me. “They are our brothers and sisters.”

This statement became even more powerful once I learned the history of this pastor’s church. It had been completely destroyed during the Korean War, and the North Korean soldiers slaughtered many of the church members.

To some people, this would seem like an unforgiveable act. But the believers of this South Korean church know they have so much more to live for than holding grudges — because they have Jesus Christ.

In fact, they’ve come together to raise money to send Bibles into North Korea … to comfort underground Christians there and to introduce more people to the liberating power of the Gospel.

Today, you can stand with these South Korean believers in their mission. For $10, you can send a Bible to people suffering inside the most oppressive country on earth.

When we see the brutality of the North Korean regime on the news, I think we often forget that less than 100 years ago, North Korea was the center of Christianity in Northeast Asia. Pyongyang was known for its number of believers, not it’s weapons program.

And even though the government has tried to eradicate these Christ-followers, there is still a strong body of underground believers. Many of the ancient churches never disappeared from North Korea — they simply went into hiding. 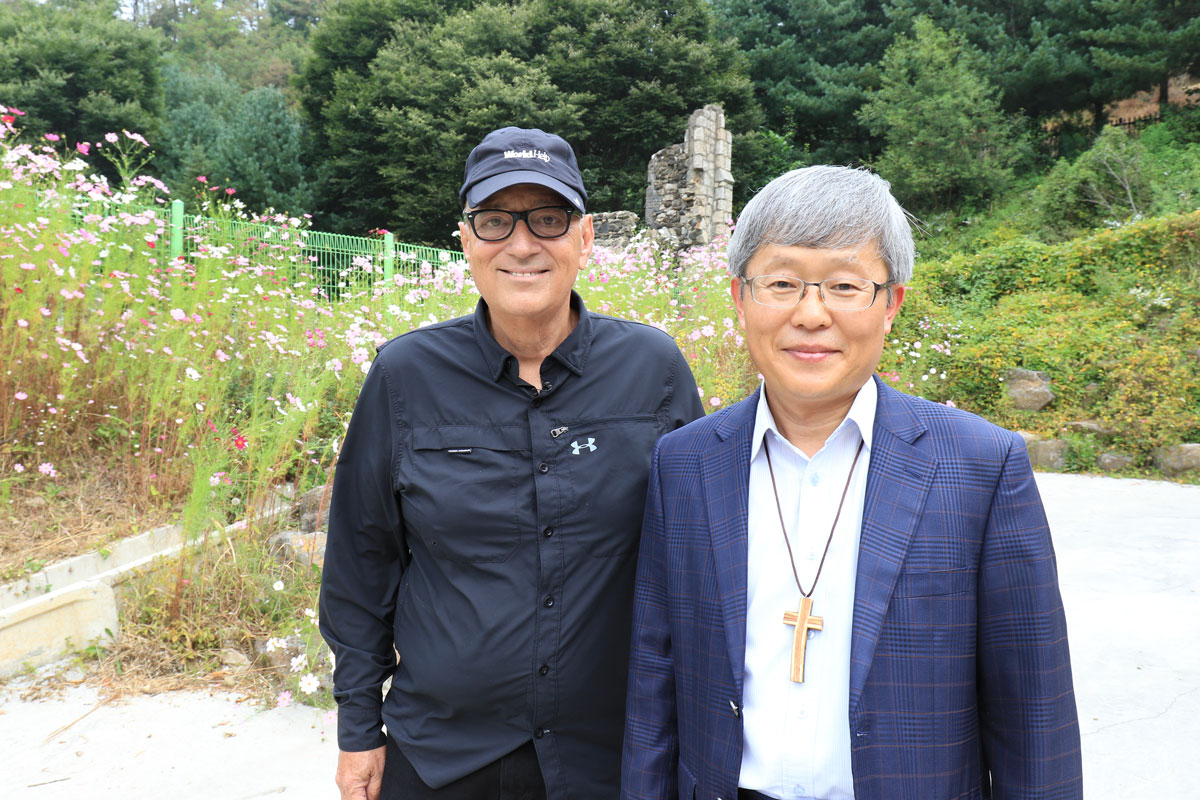 Our South Korean brothers and sisters told me they believe North Korea is going to be liberated soon and that these underground churches will become “above-ground churches” all across the nation.

But if we don’t continue to supply these believers with copies of God’s Word, these churches may die out before that day can arrive. They need more Bibles to train the next generation of Christian leaders.

That’s why it’s so urgent that we flood North Korea with the Gospel!

It’s why I believe God is calling the World Help family to send 50,000 Bibles to North Korea by the end of this year.

You know God’s Word is powerful. Just think of the difference that many Bibles could make in one of the most spiritually dark places on earth!

It costs just $10 to print and send a Bible to a North Korean believer or seeker. How many Bibles can you send today?

On Monday, I’ll be hosting a conference call to share more of my experiences in South Korea with you, and to tell you about another special opportunity we have to support the North Korean underground church by training church planters. I hope you’ll join me at 8 p.m. (EDT) to hear about this exciting project. Just dial 434-234-0015 and enter the code 491827 to be part of this exclusive, confidential conversation.

Please continue to pray for our brothers and sisters in North Korea. They need your prayers now more than ever.