When Tarek’s wife finally decided to follow Jesus, Tarek didn’t go to church to praise God … he went to the refugee medical clinic. Because that is where their Christian journey began.

Tarek, whose name I’ve changed for his protection, is from war-ravaged Syria. While living there, his home was raided seven times. He was arrested illegally on suspicion of rebel activity and thrown into jail, where he was beaten and tortured constantly.

By the time he was released from prison, Tarek’s leg was extremely damaged — almost beyond repair. One of the main arteries was blocked, and the doctors had wanted to amputate the leg. But for some reason, they decided against it.

Tarek knew he wouldn’t have access to proper medical care in Syria, so he and his family fled to Jordan. When they finally made it to a refugee camp, Tarek went to the medical clinic — one that generous World Help donors had helped stock with vital medical supplies. 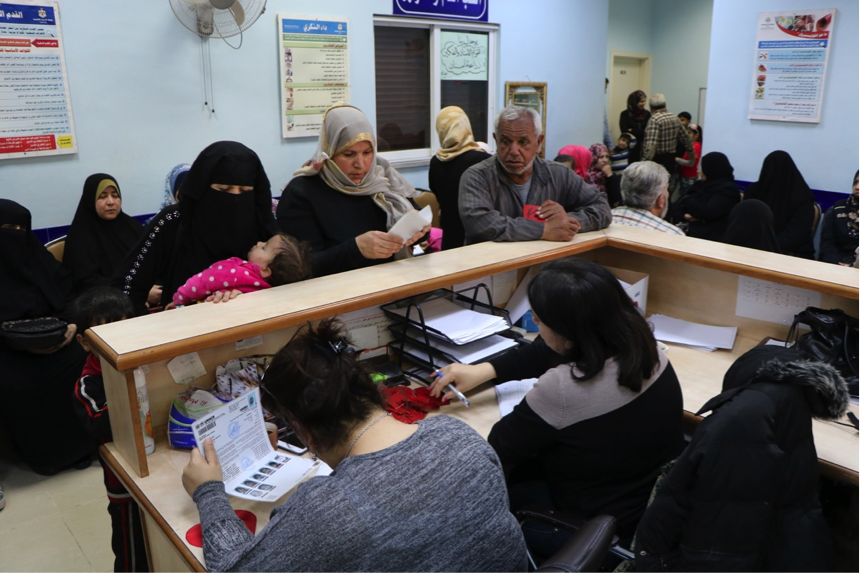 The medical staff saw just how critical Tarek’s situation was, but they reassured him that God was going to take care of him. The emergency treatment they gave him helped him survive until he could be transferred to a nearby hospital. There, the doctors were able to save his leg.

Because of donors’ compassion and generosity, Tarek received the dire medical attention he needed. When he was discharged, he walked out on two healthy legs.

A few days later, the medical attendants from the refugee clinic came to visit Tarek in his home. They were there to check on his health, but Tarek peppered them with questions about their faith in Jesus Christ. He asked them how they could trust in a God who had allowed all of these bad things to happen to him.

The staff answered Tarek’s questions about Jesus and prayed with him; Tarek decided to give his life to Christ. He was baptized and began ministering to his wife. Soon, she decided to become a Christian, too.

Who knew that a medical clinic — well stocked and able to function because of the generosity of others — could introduce two people to Christ?

When you give to help refugees, you never know how God will use that gift to grow His kingdom. He really does work in mysterious ways!

Learn More
Thank you. Please do not refresh the page while we process your transaction.