From the field | Delivering hope in the midst of war

Today, I arrived just 50 miles outside of Mosul. It was here that thousands of refugees were flooding out of the war zone in the city, barely escaping with their lives … their faces displaying what true weariness looks like.

These poor men and women have suffered constant exhaustion under the oppression of ISIS for the past two years. Their courage and resilience in the face of the worst forms of persecution is profoundly inspirational, and I was immediately moved to do whatever I could to help.

Our first stop was a visit with our national partner to assess the mounting humanitarian crisis outside of Mosul.

“We aren’t dealing with hundreds here; we’re dealing with many thousands,” he told me when I asked how many refugees were in need of immediate relief.

As many as 1 million refugees are expected to flee the city in the coming weeks, sparking the largest humanitarian need of 2016. Most will arrive in refugee camps with only the clothes on their backs.

Our partner explained that when ISIS arrived, they promised the people a better life, convincing many to stay in the city. However, under the terrorist group’s rule, the once thriving metropolis has become a desolate wasteland. There is no running water or electricity … and food is tremendously scarce.

Basic commodities such as tomato paste — a staple that used to cost less than $1 a jar — are now being sold by the spoonful because they are so rare. Just imagine living under such conditions!

I learned that ISIS requires people in Mosul to pay astronomical fees if they wish to leave; that’s why so many have stayed. One man said he was fined $50,000 before he was allowed to exit the city.

For many, the offensive by the Iraqi army provides their first opportunity to escape and their first sign of hope that the liberation of Mosul is imminent. 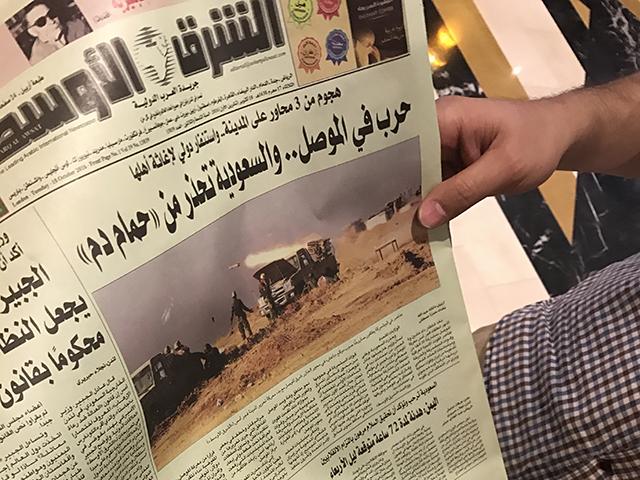 But even after the last ISIS terrorist is driven from the city, the people of Mosul will still face the overwhelming task of rebuilding countless roads, businesses, schools, and homes that have been destroyed.

They have a long and difficult journey ahead … and we will be with them every step of the way.

By providing immediate relief during this crisis as well as long-term recovery projects after the battle ends, we not only save lives but also spread the love of Jesus Christ.

Our partner said he believes God is using this time of tragedy to rebuild His church in the Middle East. ISIS has tried to eradicate Christianity, but God is working through the kindness of people like you to rekindle the faith of His followers and to touch the hearts of the lost.

Will you let Him use you to bring hope and comfort to these exhausted, war-weary people? For just $35, you can provide lifesaving supplies including food, blankets, and bedding to a refugee who has nothing.

I hope you will follow along this week as we share stories of refugees from right here outside of Mosul. Remember their names and faces and pray for them in the difficult days ahead. Share their situation with your friends. Most importantly, consider giving a gift to help those fleeing for their lives. Any amount you give translates into life and hope for those desperately in need.