From the field | Join the fight for Mosul

This past weekend, nearly 1 million people in the ISIS-controlled city of Mosul, Iraq, awakened to this long-awaited headline. The bold text printed across leaflets dropped by the Iraqi Air Force proclaimed that liberation of their city was underway.

The battle for ISIS’s last and largest stronghold in Iraq promises to be both long and difficult, and the people of Mosul desperately need our prayers and support.

This morning — just a few hundred miles from the center of the conflict — I met one family who was fortunate enough to escape Mosul before the worst of the fighting began. But even though Ahmed, Iqbal, and their four children were able to make it out alive, they still lost nearly everything to ISIS.

Before ISIS arrived in their hometown, Ahmed had a good job working for the government. His wife was proud of the home she had spent years furnishing. Their children were in school, preparing for a bright future. The family never dreamed they would soon be running for their lives.

Then, ISIS’s ultimatum blared over the loudspeakers from every mosque in town: “Convert or face death.”

My heart broke as I listened to Ahmed and Iqbal recount how they watched ISIS kidnap their neighbors; I saw their eyes glaze over as they relived the horrible memories of people being murdered in the streets.

They told me how, as the violence escalated, they knew only two things for certain. First, they would never turn from their faith in Jesus; second, they had to get out of Mosul.

Every moment since has been a struggle. In their attempt to flee, the family was stopped by the ISIS militia, who confiscated everything of value. With no money and no jobs, they were forced to rely on the kindness of others and the grace of God to survive.

Although ISIS sought to destroy their faith, Ahmed said these challenges have only solidified their belief. “Our faith is strong,” he told me, confidently. “We rely on God for everything.” 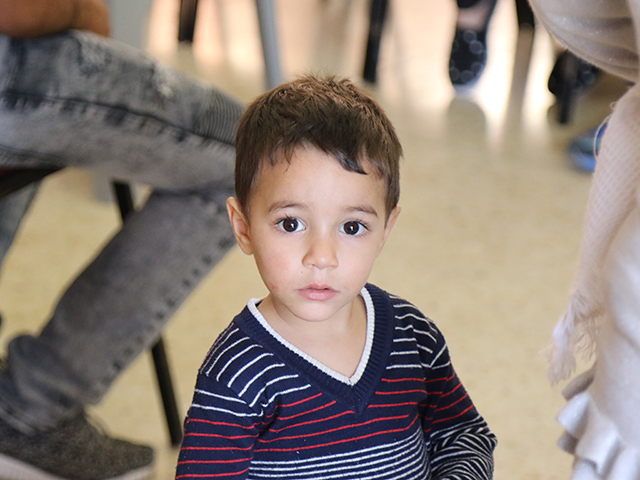 God is using gifts from people like you to help Ahmad’s family survive and to keep their hope alive until they can return home.

The battle for Mosul is being fought on two fronts — in the city itself and here in refugee camps across the Middle East. When you choose to help these persecuted brothers and sisters, you are doing your part to fight against the hatred of ISIS and spread the love of Jesus Christ in both places.

In the next few weeks, an estimated 700,000 to 1 million refugees fleeing Mosul will be in desperate need of lifesaving supplies. And nearly 1 million more, who are now scattered in refugee camps across the Middle East, will be watching, waiting for their home to be liberated so they can begin the long journey of restoration.

Only $35 stands between life and death for one of these refugees. For that amount, you can provide necessities such as nutritious food, clean water, warm clothing, and medical aid to help a refugee survive — and give him courage until he can return home.