No matter where in the world I travel, I am constantly reminded that people who live in countries we call “the third world” are no different than us.

Parents share the same hopes, dreams, and desires for their children as I have for my own children and grandchildren. Men and women struggle to find purpose amid the daily task of working and raising their families. And no matter where they are, children still love to laugh, play, and make believe.

Haiti is no exception.

Not long after meeting Landia, I found out that she was a cancer survivor, just like me.

From the Field | Where Medicine and Compassion Meet from World Help.

When Landia was brought to Danita’s Children, she had a cancerous tumor in her eye that needed to be removed immediately. After a surgeon did the procedure, she underwent several rounds of chemo and radiation.

Unfortunately, the tumor cost her eye. But because of the investment of a sponsor, her life was saved. Today, she is in full recovery and receives frequent check-ups.

Our partner told me, “She’s been brave throughout the process—never crying, never complaining, just being strong.”

After sharing my own story with Landia, she told me, “The hardest part was seeing my mother cry.” I can relate—one of the most difficult parts of battling cancer was seeing my wife and children in pain.

This brave, strong, young woman was an inspiration to me. But I shudder to think what might have happened if she hadn’t received a sponsor. Until that point, her family had been unable to afford the medical cost of treatment, and Landia’s tumor grew worse.

When you sponsor a child, you not only give them access to things like education, nutritious meals, and spiritual guidance, but you also provide life-saving medical treatment.

Fredline is another young man whose life was saved through sponsorship.  Although he never suffered from cancer, he had experienced the pain of abandonment.

After his mother passed away, he lived with his grandmother, but she was unable to care for him. He then lived with his father, but after he remarried, he dropped 4-year-old Fredline off at the children’s home, claiming to be his uncle.

Thankfully, Fredline had a sponsor who prayed for him, supported him, and encouraged him through the healing process. 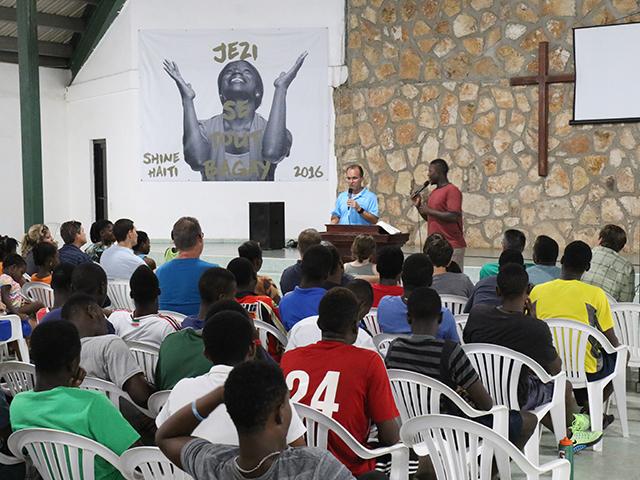 Today, he’s 20 years old, and next year he will be attending college in the U.S. to study medicine. Seeing the lack of medical care in Haiti—and the support of his sponsor—has inspired Fredline to become a doctor. Right now, he works at the medical clinic at Danita’s and is a leader to the other children.

Landia and Fredline are amazing examples of what child sponsorship is all about.

These children are no different than your own. Why not give a child in need the very things—food, education, medical care, and more—that you would give your own child? For $35 a month you can invest, transform, and in some cases even save a life.

Your compassion and love will have a lifelong impact. There’s no better way you can holistically help a child in need!