Giving dignity through pillows and blankets

Miceaela lay on a grimy mat on the dirt floor of her home in Guatemala. Her roof was leaking, but she was unable to get up to fix it — she could only wait for the rain to stop as her floor turned to mud.

Miceaela hadn’t always been trapped on this mat. But complications with the birth of her 11th child had left her with a painful muscle disorder — and led to the death of her child only three months later.

She had no choice but to lie immobile on the floor, trying to cope with this tragedy. Miceaela soon learned that without physical therapy and improved sleeping conditions, she might never walk again. Although she tried to do stretches each day to improve her muscles, she had little hope that things would change.

But because of the compassion of others, her situation did change.

Because of someone like you, Miceaela received help with her physical therapy, and now she is able to walk again. She also received a home so she doesn’t have to live under a leaky roof anymore.

But one of the most impactful things she received was entirely unexpected. One generous donor gave Miceaela new bedding. Now she no longer has to sleep on a dirty mat; she has sheets and pillows to sleep on instead. 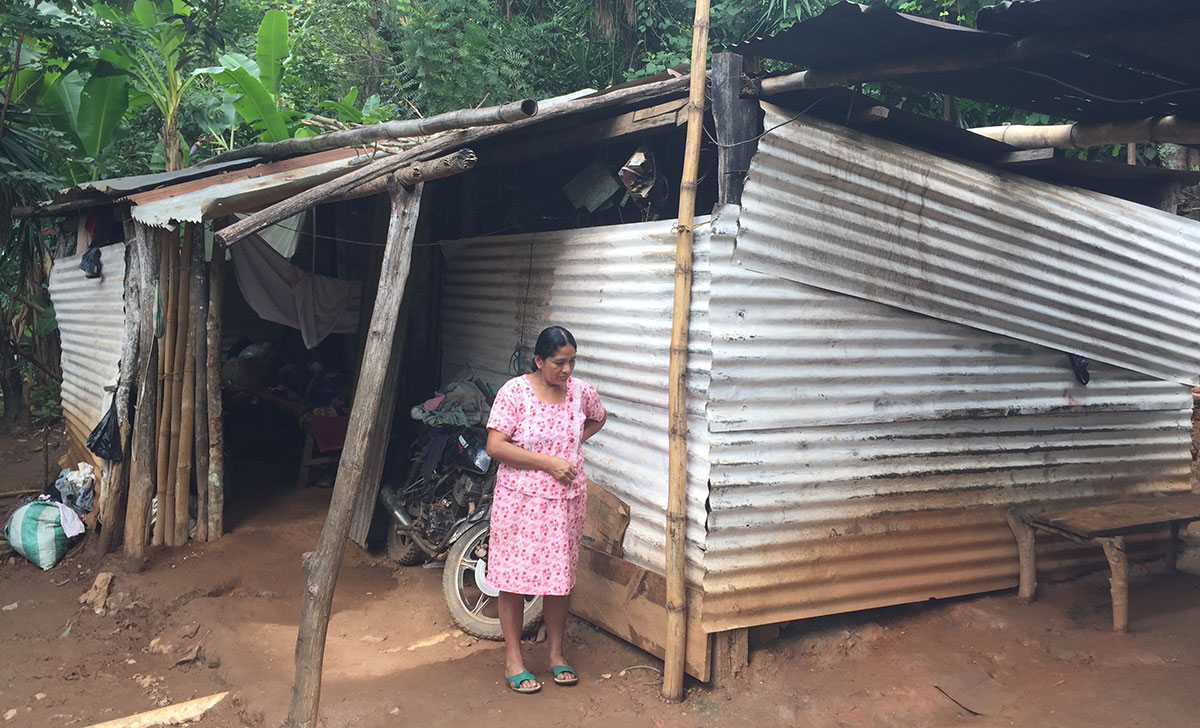 Bedding may seem insignificant, but for Miceaela it represents dignity. Sleeping on a mat was an uncomfortable reminder of her poverty … and caused her muscles to ache severely. But now she can sleep comfortably and stay warm at night.

The new bedding Miceaela received reminds her every day that people care about her and want her to be safe and healthy. She now sleeps deeply at night, which allows her to heal and have the energy to provide for her children.

Simple gifts like bedding represent a small financial investment that can make an incredible difference in a person’s life.

You can help someone like Miceaela find dignity and comfort today through the gift of bedding.