The worry and anxiety of thousands of stranded refugees is becoming increasingly palpable in Greece.

In less than two months’ time, an average of 1 in every 200 refugees seeking asylum in Europe has been reported dead or missing.

These sobering numbers speak for themselves—there has never been a more crucial time for the Church to rise up and reflect the powerful love of Christ in the face of agonizing fear and grief.

Hundreds of thousands are in desperate search of hope . . . and who is better equipped to provide it than those who are called to be the hands and feet of Jesus? 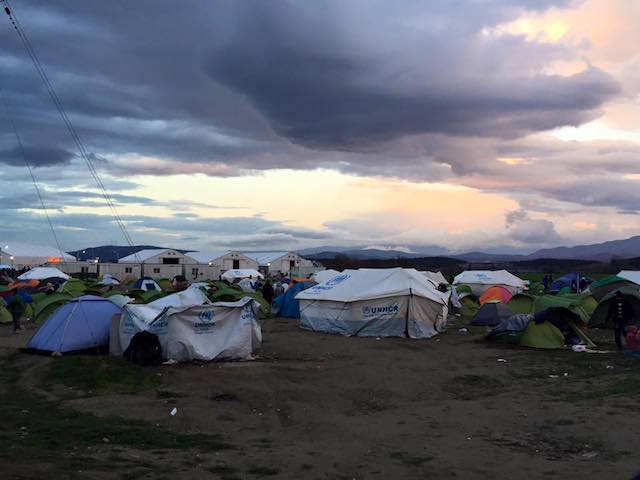 Elyas’s* search for truth began years ago after grieving the unexpected loss of his family to an earthquake. He found a copy of an Arabic New Testament and began to comb through its pages for answers.

By the time violence and oppression drove Elyas to the shores of Greece—clutching his 6-month-old son in his arms—his questions about eternity were weighing more heavily than ever.

Elyas met our partners as they handed out relief kits and copies of New Testaments at the Greece-Macedonia border. But unlike the other refugees who were eagerly rushing toward them for aid and relief, he rushed to them with a question he couldn’t seem to shake—

“How do I become a Christian?” he anxiously inquired. 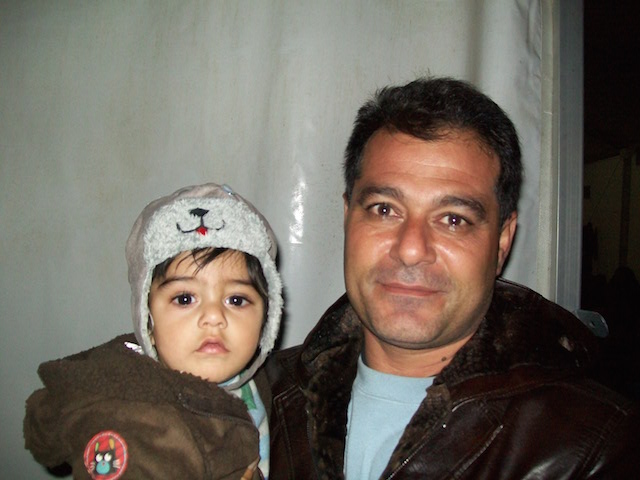 At his side, he carried the same worn New Testament he’d found long before . . . evidence of his tireless search for hope.

Our relief-team leader sat down with Elyas, along with several other refugees, to explain the message of the Gospel and what it means to accept Christ as Savior. He watched as peace began to wash over each of their faces as he spoke . . . it was the first true sense of assurance they’d ever experienced.

“Will you pray for my son too?” Elyas asked. Our team gladly surrounded Elyas and his son to pray for peace and protection over the precious young boy with a deeply uncertain future ahead of him. 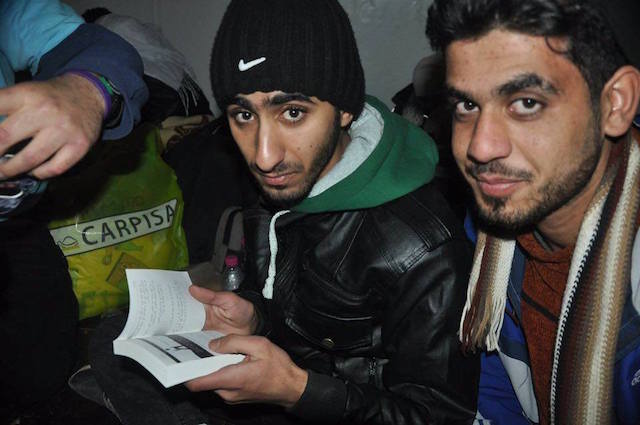 Join God Where He Moves.

The world continues to watch as thousands more refugees flood the borders of Greece—a nation without the capacity to support these desperate men, women, and children. And it’s the vulnerable that are suffering the most.

Thousands of children caught in the throes of this crisis are becoming malnourished, exhausted, and deeply traumatized.

And yet, we are seeing God move in the midst of this crisis.

He is drawing near to the brokenness of thousands and we have the opportunity to join Him there with life-saving aid and the life-changing message of the Gospel.

Your support today will provide food, medicine, blankets, coats, hygiene items, New Testaments, and so much more to refugees in excruciating need.

Join us today on the front lines of this crisis with the hope of eternity.