History is repeating itself in Ukraine

Becoming a refugee is a tragedy that would never happen in a perfect world — but when it does happen, it’s usually a traumatic experience people only endure once. For some refugees in Ukraine, though, the 2022 Russian invasion marks the second time they’ve had to flee their homes in just eight years.

They had to flee their homes during the conflict with Russia in 2014 … and now it’s happening again.

They spent the past eight years trying to rebuild their lives, and now they’re right back where they started, unsure of what’s next.

Their homes have been destroyed, there’s a tremendous food and water shortage, and getting to the western border is becoming increasingly difficult as gas stations run out of fuel and options for transportation are limited.

Your gift today can help these Ukrainian refugees and others in high-conflict areas survive the coming months.

Watch this video from our partners to hear from refugees fleeing again:

The number of Ukrainians who have fled the country has now passed 4 million, and refugee centers are bursting at the seams. All affected Ukrainians have been traumatized by the ongoing war, but it’s especially difficult for those experiencing it for the second time.

Why is this happening?

It’s only recently been in the news, so you might not know that Ukraine has been in conflict with Russia for over a century. Ukraine finally became independent in 1991 when the Soviet Union collapsed, but it’s never been easy, especially for those living near the Russian border.

In 2014, pro-Russians rebels in Ukraine drew the support of Russian soldiers, starting a small-scale war in eastern Ukraine. The violence went largely unreported, but almost a million Ukrainians fled the country in just one year, and more than 1.3 million were internally displaced. Then, Russia’s annexation of Crimea created even more refugees.

Most of these people fled to western Ukraine, where they thought they would be safe.

But on Feb. 24 of this year, that sense of safety was shattered. Putin began bombing cities farther west than almost anyone had predicted, motivated by a desire for Ukraine to be a part of Russia again. 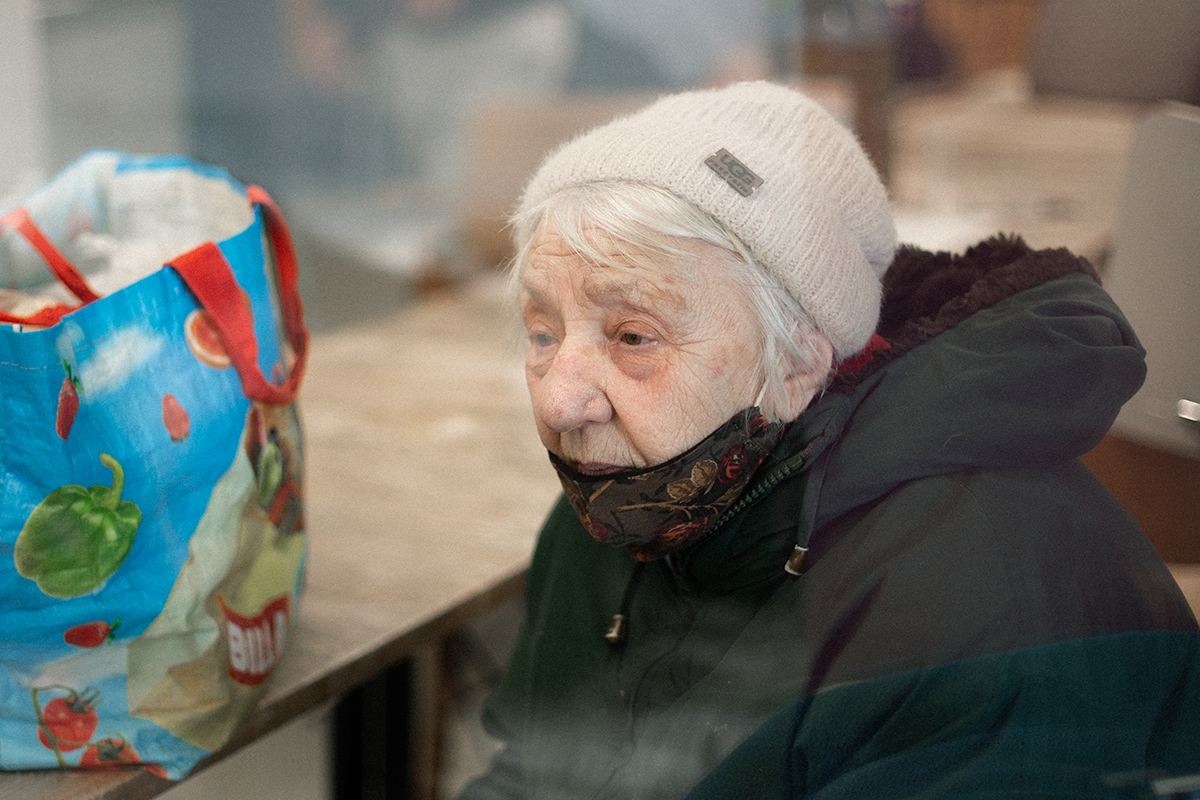 For two-time refugees, history is repeating itself … except this time, it’s even worse. In fact, the U.N. recently reported that a crisis of this magnitude hasn’t been seen since World War II.

Ukrainian refugees, especially those who’ve been displaced twice, are feeling hopeless. Even if the war ends soon, they have nothing to return to. They still need shelter, food, water, warm clothing, and more to survive.

YOU can be the answer.

Every $35 you give provides one refugee in Ukraine or another high-conflict area with essentials like food, water, shelter, and more for an entire week.

Refugees need all the help they can get, and your gift could be the difference between a refugee having a warm meal and somewhere to sleep or going to bed cold and hungry. You can show a refugee that they are seen and cared for and show them the love of God.

Every $35 helps one refugee

Russia rained down missiles on Ukraine’s capital city of Kyiv . . .

Ukrainians are ‘disappearing’ as the war with Russia continues

(VIDEO) A haunting parallel between Auschwitz and the Ukraine war

“The tattooing has taken only seconds, but Lale’s shock makes . . .