For just $15, you can provide clean water for one person for a year. No matter whose life your gift changes, it will be a transformation greater than you can even imagine.
Share Tweet
or
Send an email

Lilian can still remember the weight of a bucket in her small hands as she struggled to keep her balance on the muddy riverbank. She can almost feel her feet slipping as she dipped the bucket into water that swirled with dirt. And she can remember the struggle as she lugged the water back home to her parents.

Lilian is a parent herself now, but she hasn’t forgotten what it was like to be a child fetching water during Zambia’s rainy season. Gathering water for her family was one of her chores. Every morning she woke up early to make the long journey to the river with her buckets.

But Lilian could never beat the cows and goats to the river. When she got there, the livestock was just leaving, and the water was murky and full of filth. She had to wade out to a deep area of the river to fill her buckets. The rocks beneath her toes were slippery, and once her bucket was full, she struggled to walk against the current of the river that threatened to sweep her away.

The memory of her heart beating fast as she fought to stay upright in the swirling water never left Lilian, not even when she grew older and had five kids of her own.

Her children were a blessing, but they also brought an unexpected problem — a need for more water. Lilian needed water to bathe them and wash their clothes. But the thought of sending her young children down the same path she walked as a girl filled Lilian with dread.

She could imagine them falling into the dirty water and being carried away by the river; it was almost too much for her to bear.

So instead, Lilian tried to make do with less water. She bathed the younger children less frequently, sometimes just once a week. But that was risky, too — they could develop scabies or other illnesses because of poor sanitation. For Lilian, everything that had to do with water was a risk. Fetching it, drinking it, even trying to use less had the potential to make her family sick.

She felt helpless; she didn’t think anything would ever change.

Then, generous donors provided a well for Lilian’s village, and her life has never been the same. 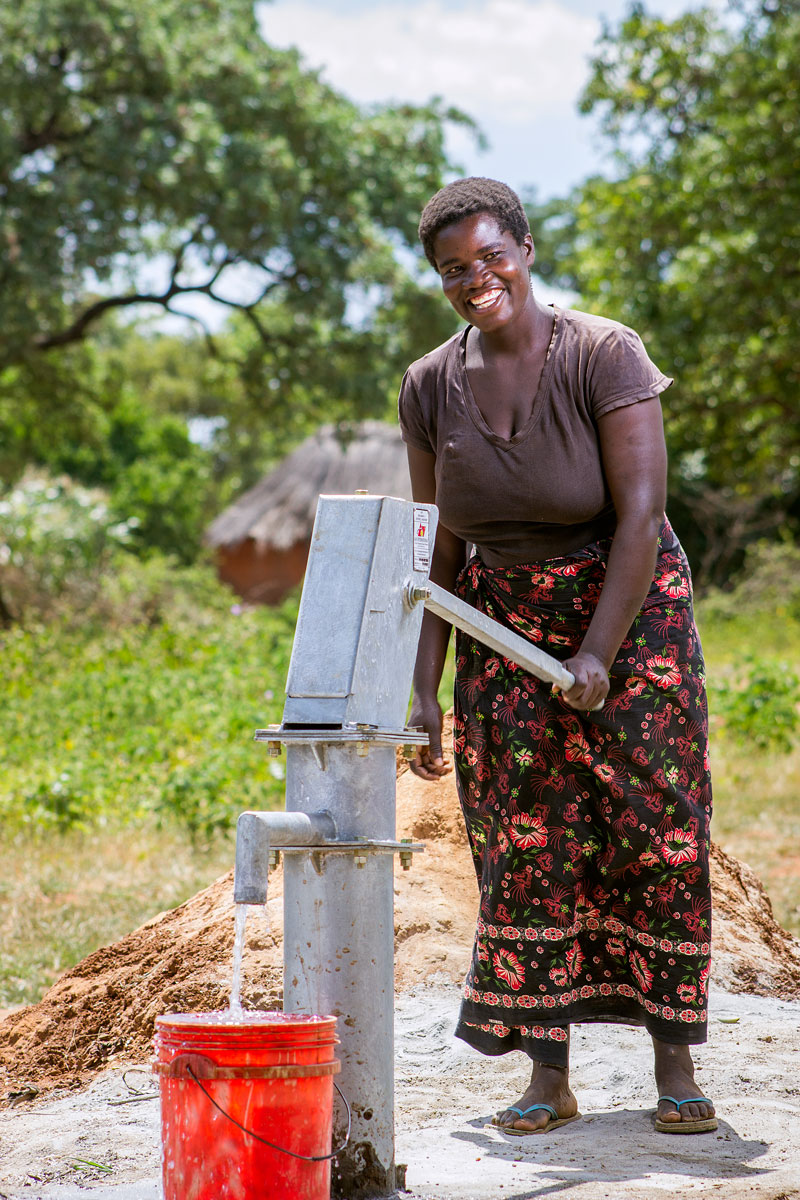 Struggling to bring home dirty water is just a memory for Lilian now. The new well is right outside her door, and every time she fills her buckets, she is grateful for water that won’t hurt her children.

Lilian sees a brighter future because of the well, not just for her own family … but also for the entire community. “I am very happy!” Lilian exclaimed with a smile. “I am very grateful, indeed, because I can bathe my children every day with clean water.”

Thanks to the generosity of someone far away, Lilian’s life is forever changed, and she can give her children the care she knows they need. But there are so many mothers around the world who are still facing the same problems Lilian did.

Every morning, mothers have no choice but to send their small children on the dangerous journey to fetch water. They wince when they let their kids drink water they know could be infected with diseases. And they are ashamed of their inability to keep their children clean.

They need someone to give them a better option. That person could be you.

For just $15, you can provide clean water for one person for a year.

The person you help could be a mother who can now do laundry for her family, a child who can have clean water to drink, or a baby who can get a bath when he needs one. No matter whose life your gift changes, it will be a transformation greater than you can even imagine.

Lilian spent her entire childhood without clean water. She’s grateful her children won’t have to. You can give $15 to provide that same bright future for someone else today.

Give clean water
Thank you. Please do not refresh the page while we process your transaction.