How long can a person survive without food?

Have you ever been sitting in church and your stomach growls during prayer? Or you get a headache at work because the only thing you’ve eaten all day is that granola bar in the car?

Most of us are familiar with that kind of hunger.

But you’ve probably never felt the extreme hunger of starvation that is a part of everyday life for many people around the world. Some go days at a time without eating, especially since the pandemic has caused “famines of biblical proportions.”

The good news is you can help! You can provide the food and other lifesaving essentials families around the world desperately need to survive. 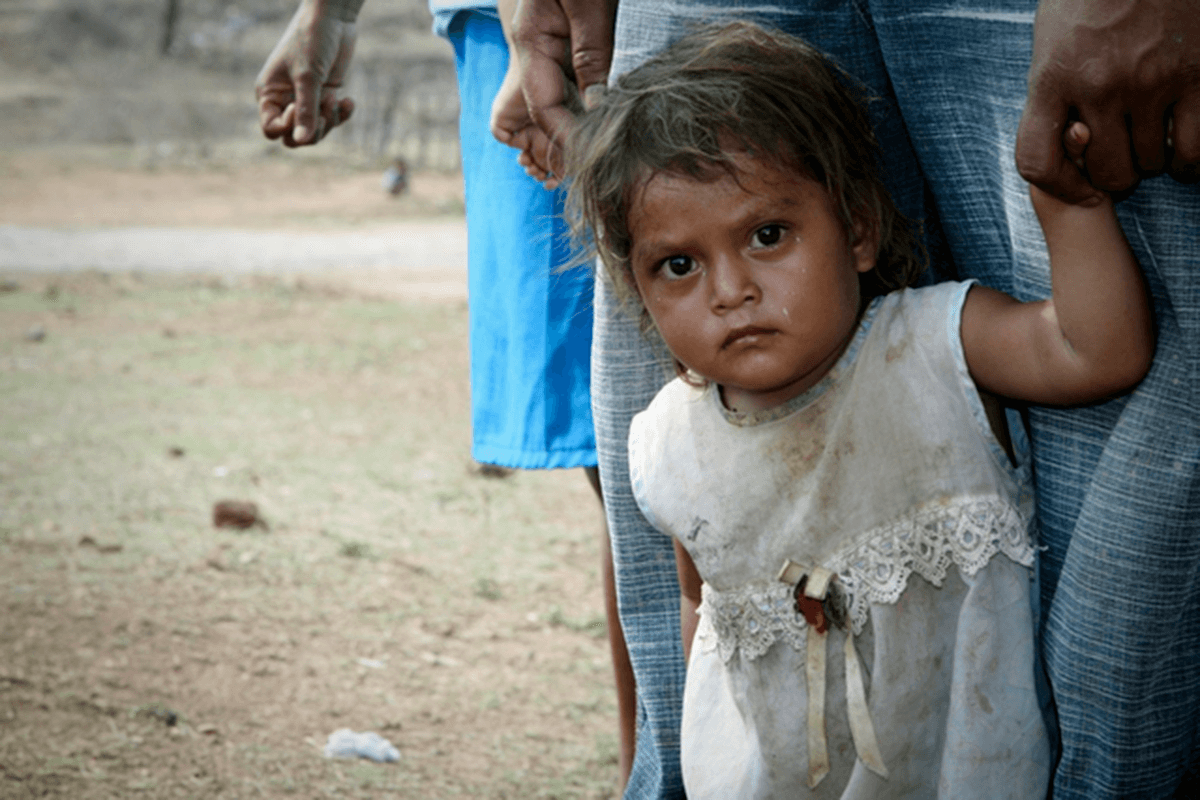 Why are people starving?

Even before the pandemic, people in remote communities worldwide were struggling to make ends meet. Many earned less than $2 a day.

But then global lockdowns shut down almost everything. People lost their jobs. Transportation ceased. And borders were sealed even tighter.

When people could finally leave their homes, they discovered markets and grocery store shelves were practically empty. Farmers hadn’t been able to harvest or transport as many crops due to lockdown restrictions. Intense droughts, hurricanes, and other natural disasters last year also destroyed entire fields.

Now, the number of starving people worldwide has doubled, the U.N. says. And children like 9-year-old Jose are suffering the most. 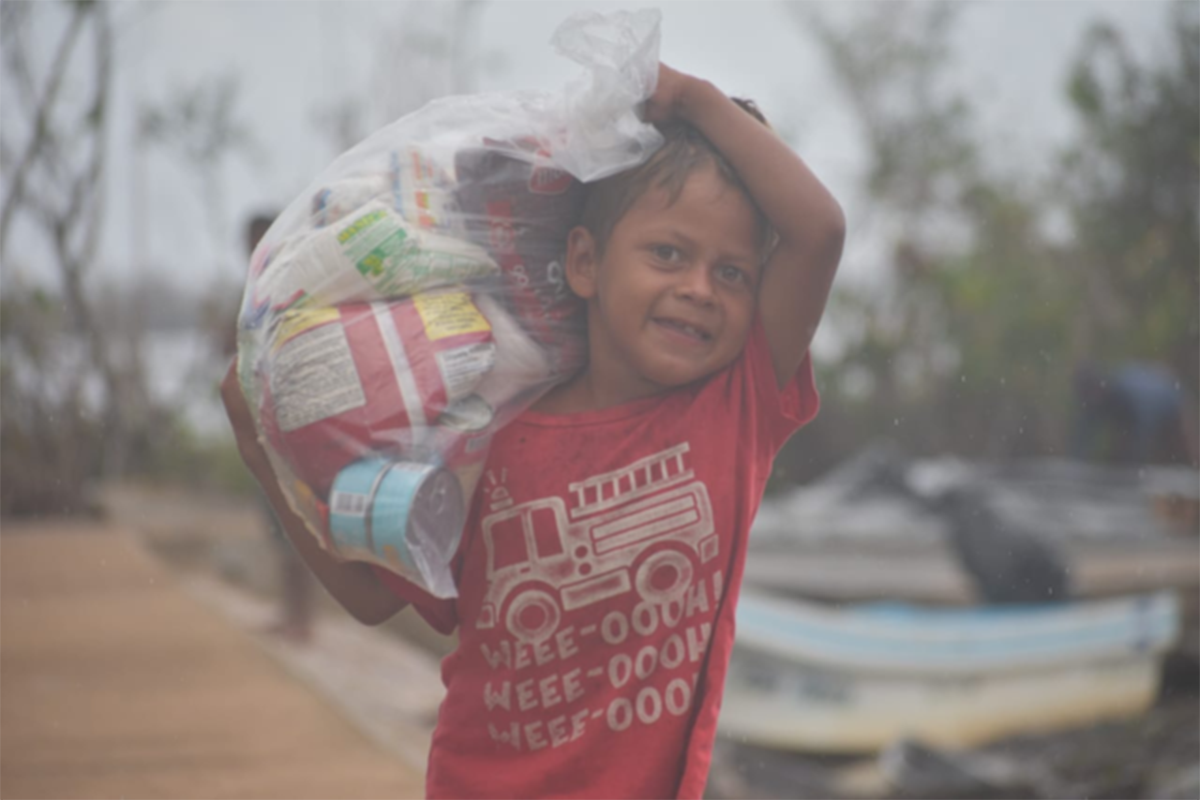 Jose’s family lost all of their crops when Hurricanes Eta and Iota hit their village in Nicaragua last fall. The only food that remained was the starchy cassava roots that grew underground. Jose ate nothing but these root vegetables for over 15 days!

The people who have access to grocery stores often find the food so overpriced that they can’t afford it. Rice is one of the main meals in Latin America, but its cost has jumped 76 percent over the past year.

“I depend on daily wages,” one struggling father told our partners, “so I can’t buy rice because it is so expensive in local markets.”

The pandemic and natural disasters have pushed hungry families closer to starvation … and it’s taking a toll on their bodies.

How does a lack of food affect the body?

Most scientists and medical professionals agree that humans can survive only about three weeks without food — usually four to five weeks max. The more fat a person has stored up, the longer he or she will most likely survive.

That’s why people in some of the hungriest nations around the world are on the verge of starving to death. Their bony bodies are already so thin. They have little fat to break down, so a lack of nutrients quickly becomes life-threatening.

See below to learn more about how starvation affects the body 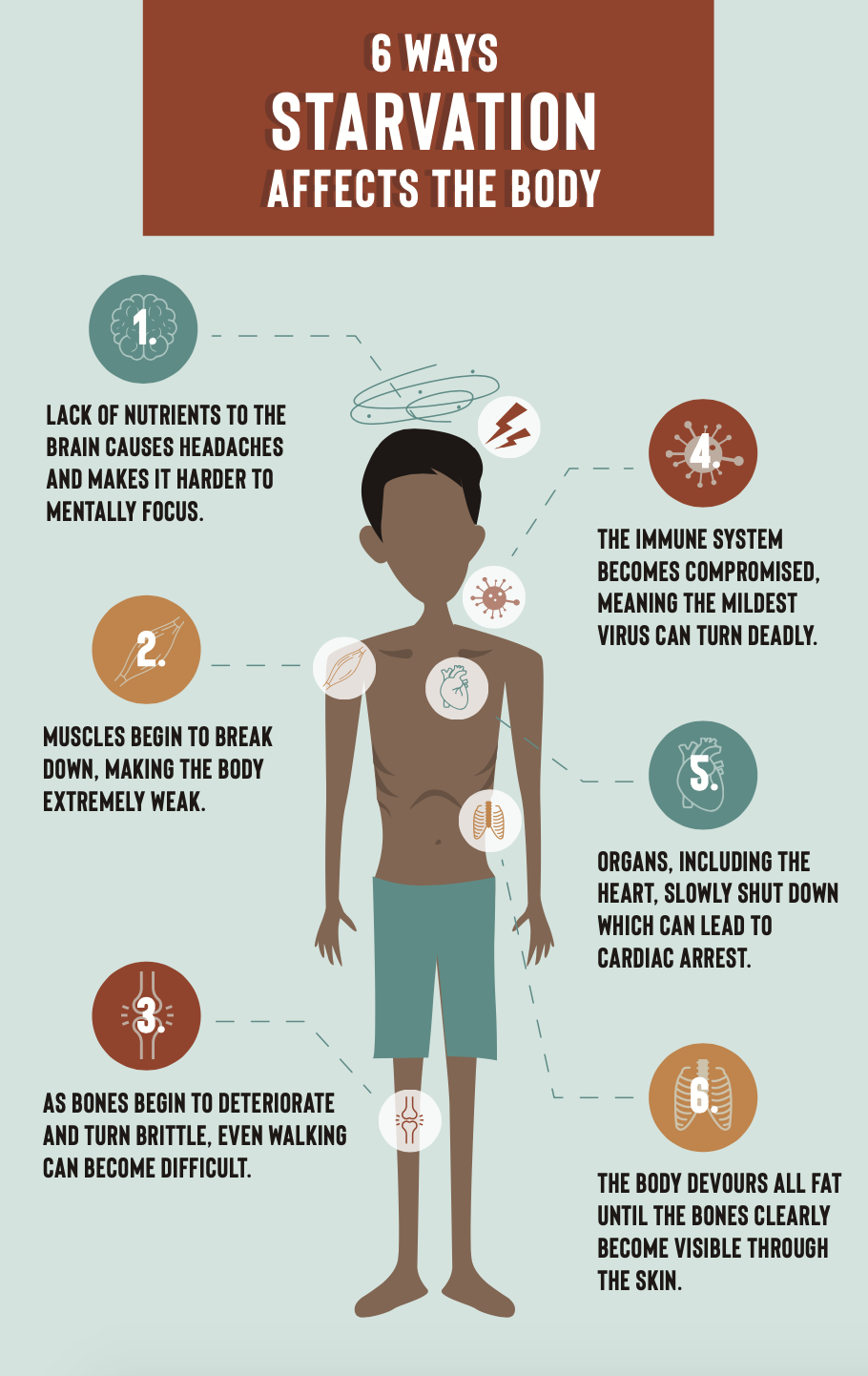 After a few days without food, the body begins using up any remaining sugars and proteins it can find. This causes the body’s immune system to crash. The flu or even a simple cold could put a person’s life in danger because they can’t fight off infection.

Then the body attacks the bones … the tissues … the organs … and finally the heart. When the heart becomes too weak to pump enough blood, the person often dies of cardiac arrest.

What’s worse? This horrifying reality affects more children than adults because of their small bodies and weaker immune systems.

Three weeks is way too long for anyone — especially a child — to go without food. Because he or she might only have days left to survive. 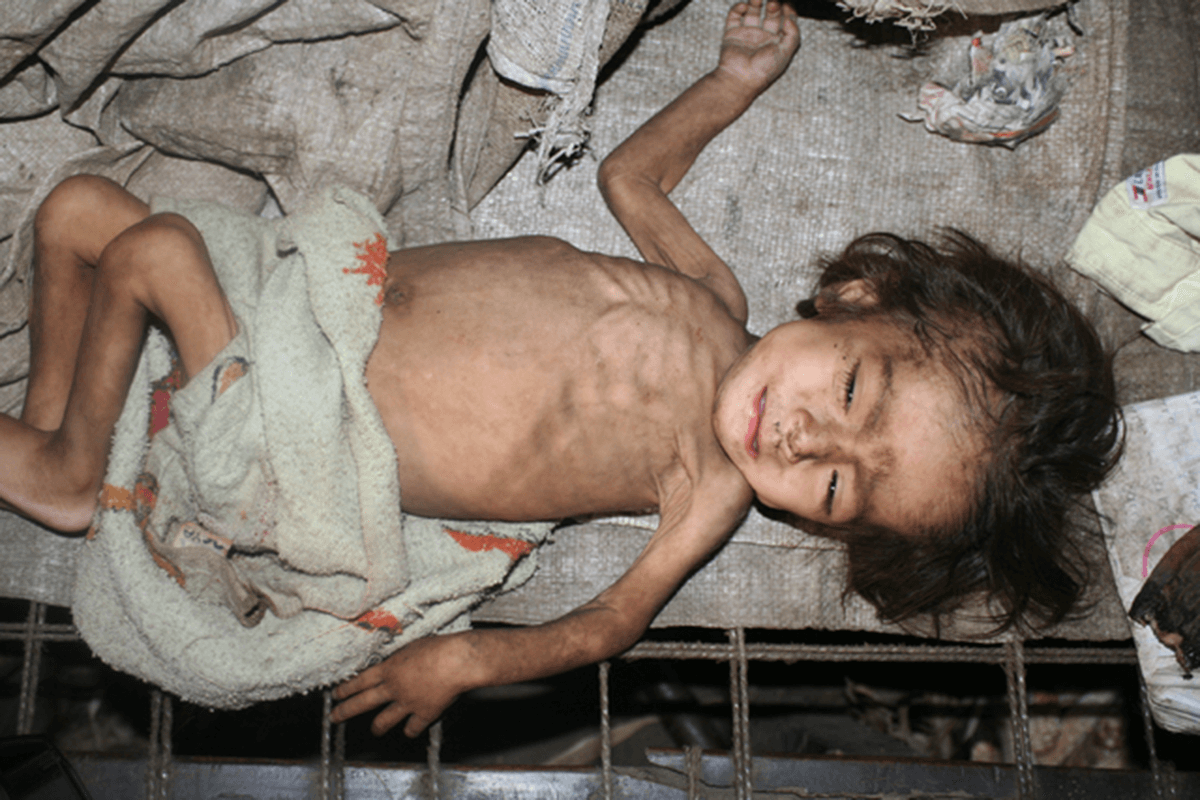 How can you help provide food?

You can help feed a starving person today for as little as $12. That’s all it takes to provide someone with emergency food and other essentials like clean water, medicine, Bibles, and hygiene kits.

World Help’s partners around the globe have identified the neediest families in their communities, the ones who need help right away in order to survive. When you give, your donation will go directly toward meeting those people’s needs.

Plus, as the help you send is delivered, the workers and local pastors who distribute it will have the chance to tell people about how this is Jesus’ love in action.

Your compassion will not only help save someone’s life … but it will also show them the Gospel in a powerful, practical way!

Provide lifesaving food and other aid