“I will make rivers flow on barren heights, and springs within the valleys. I will turn the desert into pools of water, and the parched ground into springs.” — Isaiah 41:18

The day Raj’s* life changed forever began just like any other day.

He started his morning routine by flipping on the radio, but that day he stumbled across a Christian station he’d never heard before. Something he heard in the voices stopped him from switching to another station … something that sounded like hope.

That morning, Raj heard about the love of Jesus for the first time … a discovery that changed the course of his life.

Raj lost his eyesight when he was just 8 years old. But the moment he became a follower of Jesus, he realized his disability did not destroy his life purpose — it gave him one.

“My physical eyes remained closed, but my spiritual eyes were opened to see Jesus,” he said. “Many whose eyes are seeing don’t know Jesus, yet I have been blessed as a blind man to see and know Him.”

Raj’s faith became an undeniable light in a dark community in India. Through the power of his testimony, a family of Christ-followers began to form.

And the timing was not by accident.

Hinduism also was on the rise in Raj’s community, and the local leaders began to view Christ-followers with increasing animosity … until the day they decided they could no longer tolerate them at all.

The temple priests declared that everyone in the village must contribute funds to a Hindu festival. Anyone who refused could no longer draw water from the village well. 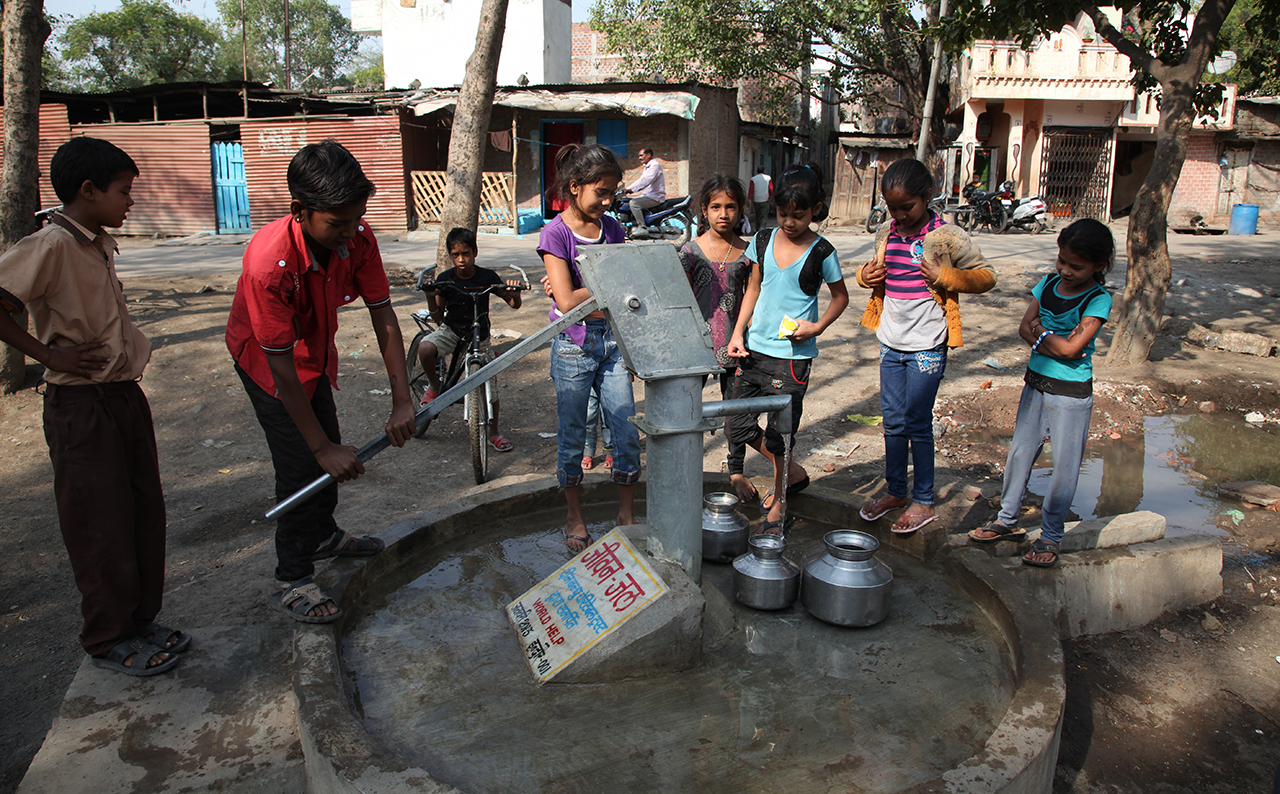 This news was especially devastating since the region was experiencing one of the longest droughts it had seen in years. Temperatures were soaring above 110 degrees daily.

If the believers refused to contribute to the Hindu festival, it could cost them their lives.

But Raj stood firm in his faith. Completely trusting in God’s provision, he refused to give money for the festival.

He gathered his family of believers and urged them to pray that God would change the hearts of the priests.

Soon after, the local authorities learned about the deadly religious regulations set in place and immediately confronted the temple priests. In only a matter of days, the believers were permitted to draw water from the well again.

“The steadfast faith and prayers of those on the frontlines are a testament to the power of God who demonstrates His grace for those who are willing to serve Him,” our partner in the area said.

God is raising up men and women of incredible faith, just like Raj, in persecuted communities around the world … He is working mightily to bring His glory to the frontlines of the spiritual battle.

And your prayers are a vital part of that.

Will you join us Nov. 6 for the International Day of Prayer for the Persecuted Church?

Together, we can call light into darkness, healing into brokenness, and streams into the desert for those who’ve risked everything to bring glory to the God of miracles.

Pray for the persecuted church