‘I am not going to become someone’: Why teens need sponsors too

The teenage years are tough. From first dates to first jobs to those daunting college applications, a lot of changes happen throughout those years. And as high school races to a close, teens often face the same question over and over again: “What are you going to do after you graduate?”

It’s a lot to handle. A lot to process and work through — and I can’t imagine doing it alone.

Thankfully, I had my parents to help guide me. But many teens in developing countries don’t have a support system. They have little education, few resources, and no hope for a brighter future. Without a helping hand, they become stuck in an endless cycle of poverty.

That’s why it’s just as important for older children to have a sponsor as it is for elementary-aged kids. 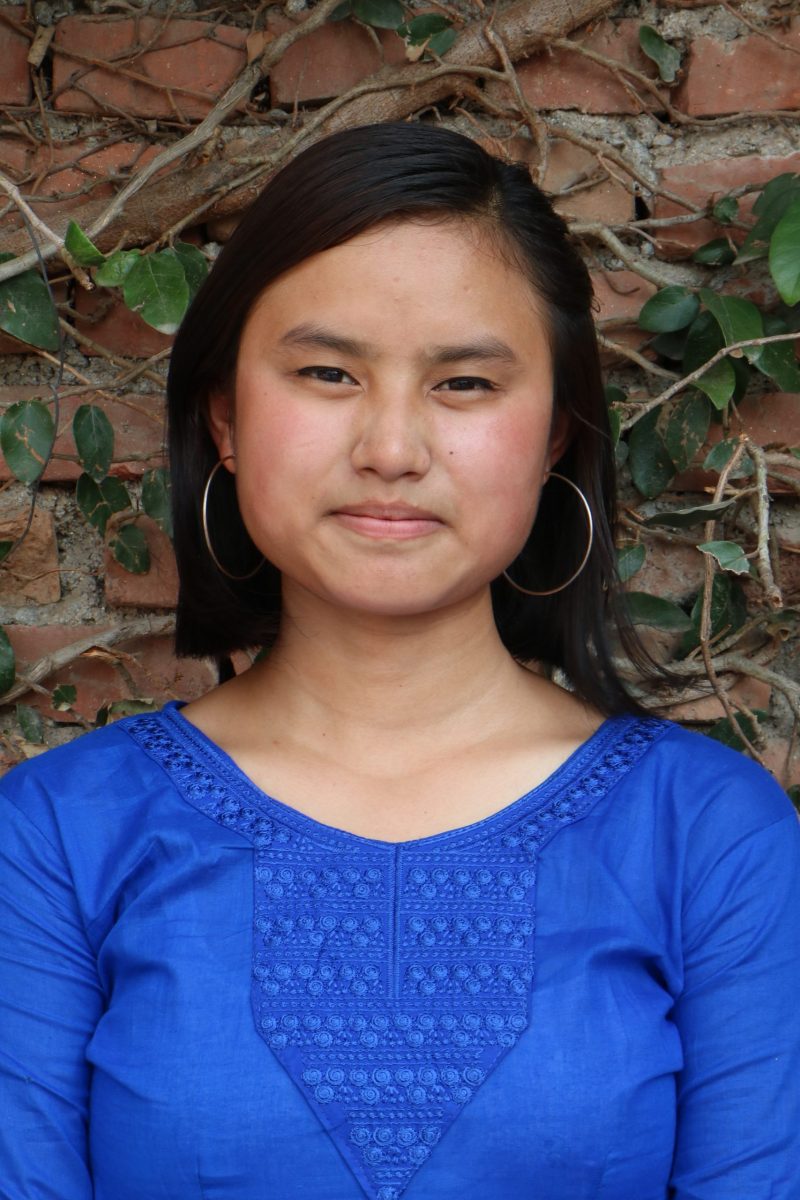 Take Pashi, for example. She was born in a remote village in South Asia, far back in the middle of mountains and thick forests. Pashi is a young adult now — faced with all the decisions and challenges that come along with it — but she can’t ask her mom for advice. Her mother died when Pashi was just 4 years old.

“I remember the time when my mother left me and all her loved ones on this earth,” Pashi said. “She was on the bed struggling to live, and I was beside her calling her from time to time.”

But Pashi’s mother was too weak to answer her little girl’s gentle voice. And before long, she took her last breath.

“I felt very lonely, [like] there was nobody to love me anymore since my mother passed away,” Pashi said, “even though I have my father and sisters.”

Pashi’s father was unable to provide for her basic needs on his own. The family was drowning in poverty, and the nearest school was a 30-minute walk away. Still, Pashi walked those miles every day … but the education was lacking.

If she wanted a chance at a better future, something had to change.

That’s when her uncle suggested living at a children’s home in the capital city where boys and girls receive everything they need thanks to generous sponsors on the other side of the world. He knew it was a place that could help Pashi succeed in life.

“My uncle has played a very important role to bring me to [the capital] because he knows my family condition,” Pashi said. “If I had been left like this, I was not going to become someone.”

I am not going to become someone.

Those are words no child should ever have to believe … and thanks to Pashi’s sponsors, she is on her way to becoming someone.

At the children’s home, Pashi received a quality education and nutritious meals every day.

Pashi also had the opportunity to travel to America in 2009 and sing with the Children of the World choir. She toured the entire country, helping find sponsors for other kids in need. Now, she’s attending college thanks to a scholarship she received from touring with the choir!

This girl from a remote village in South Asia has come a long way since kneeling by her mother’s deathbed all those years ago. She’s escaped poverty … is now attending college … and is on her way to a promising future.

But she couldn’t have done it without her sponsors — especially through those tough teenage years.

Pashi may not have had a mother to guide her through life’s daily struggles, but she has had generous sponsors who have loved her, prayed for her, written to her, and encouraged her.

“The amazing grace of God has changed my life, and it made a difference,” Pashi said. “Therefore, I really want to give thanks.”

Right now, there are many teenaged children in our sponsored program who are waiting for a sponsor. Some have been waiting for years. Since many sponsors are drawn to the photos of younger kids when choosing a child to sponsor, these older boys and girls too often get overlooked.

But they need just as much help if not more. 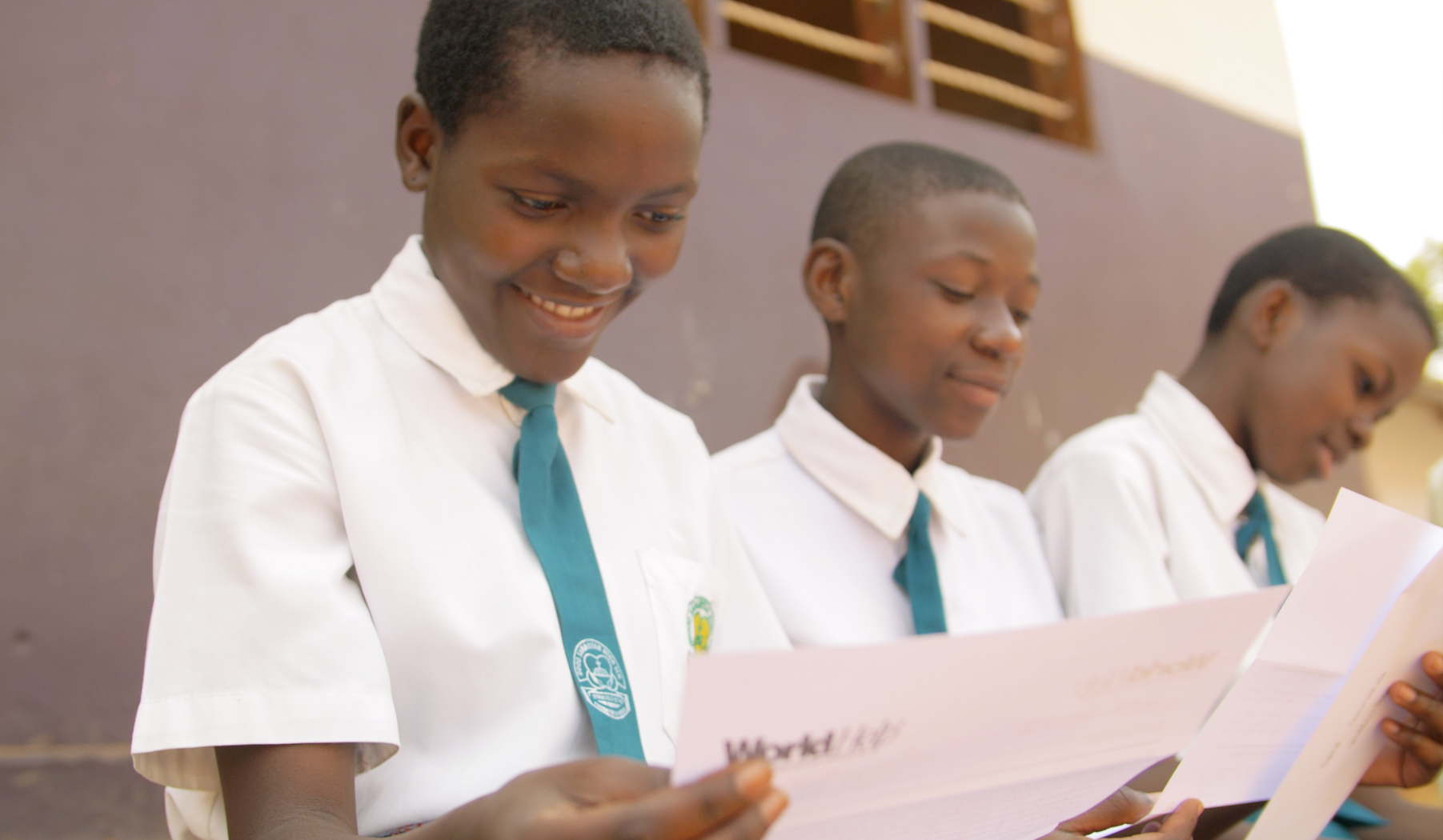 The early teen years are when many children living in poverty are forced to drop out of school and start working in the fields or in low-paying jobs to help their families. But with the help of a sponsor like you, they can continue their education and break the cycle.

You can specifically sponsor a teenager by going to worldhelp.net/sponsor and selecting the age of the child you wish to support.

You’ll probably notice that you can choose young men and women in their late teens. That’s because, as much as possible, children remain in the sponsorship program until they complete their education. Some young adults graduate later than others because they couldn’t afford to start school early in life, so they are behind a few grade levels.

Remember, young people like Pashi need someone in their corner, too. Not only are they struggling to survive poverty — many of them without parents — but they’re also navigating adolescence and trying to figure out this scary thing called “the future.”

Will YOU be a rescuer for a child or teenager today? If so, you can click here to start your sponsorship journey by choosing the child you want to connect with.

Or if you can’t make a monthly commitment right now, you can give a one-time gift of just $105 to provide three months of basic essentials like food, clean water, medical care, and educational opportunities to a child waiting for a sponsor. As a special thank you, we’ll even text you a photo of the child you are helping.

The need for sponsorship has never been greater.

The coronavirus pandemic has pushed many families into even deeper poverty, but your support will give a child (or teen!) the resources he or she needs to succeed in life.

How do sponsored kids around the world celebrate Christmas?

Do you have any special Christmas traditions? Maybe you read . . .

Even on the toughest days, stories of children in our sponsorship . . .

What to expect when you’re expecting: a letter from your sponsored child

Correspondence is one of the most exciting parts of any . . .