Those words could have been Hamid’s death sentence. In fact, we’ve changed his name because of the intense persecution he’s faced in Nigeria since accepting Christ.

Hamid watched the anger fill his father’s face after telling him he had renounced the Muslim faith. “I can’t go back to Islam,” he said. In a fit of rage, Hamid’s father grabbed an axe and swung …

That’s when Hamid fled for his life. He ran from village to village, but his father ordered Hamid’s brothers and other Muslim teenagers to chase after him. It didn’t matter that Hamid was his own flesh and blood.

He wanted him dead.

Like Hamid, many believers in places like Nigeria, China, North Korea, and Iran are facing the threat of abuse, imprisonment, and even death because of their faith. But the main thing many of them are asking for isn’t for the persecution to stop. They are asking for copies of God’s Word so they can stand strong when these trials come.

Today, you can place a Bible in the hands of someone like Hamid for just $10. Your gift will bring comfort in the midst of a living nightmare. 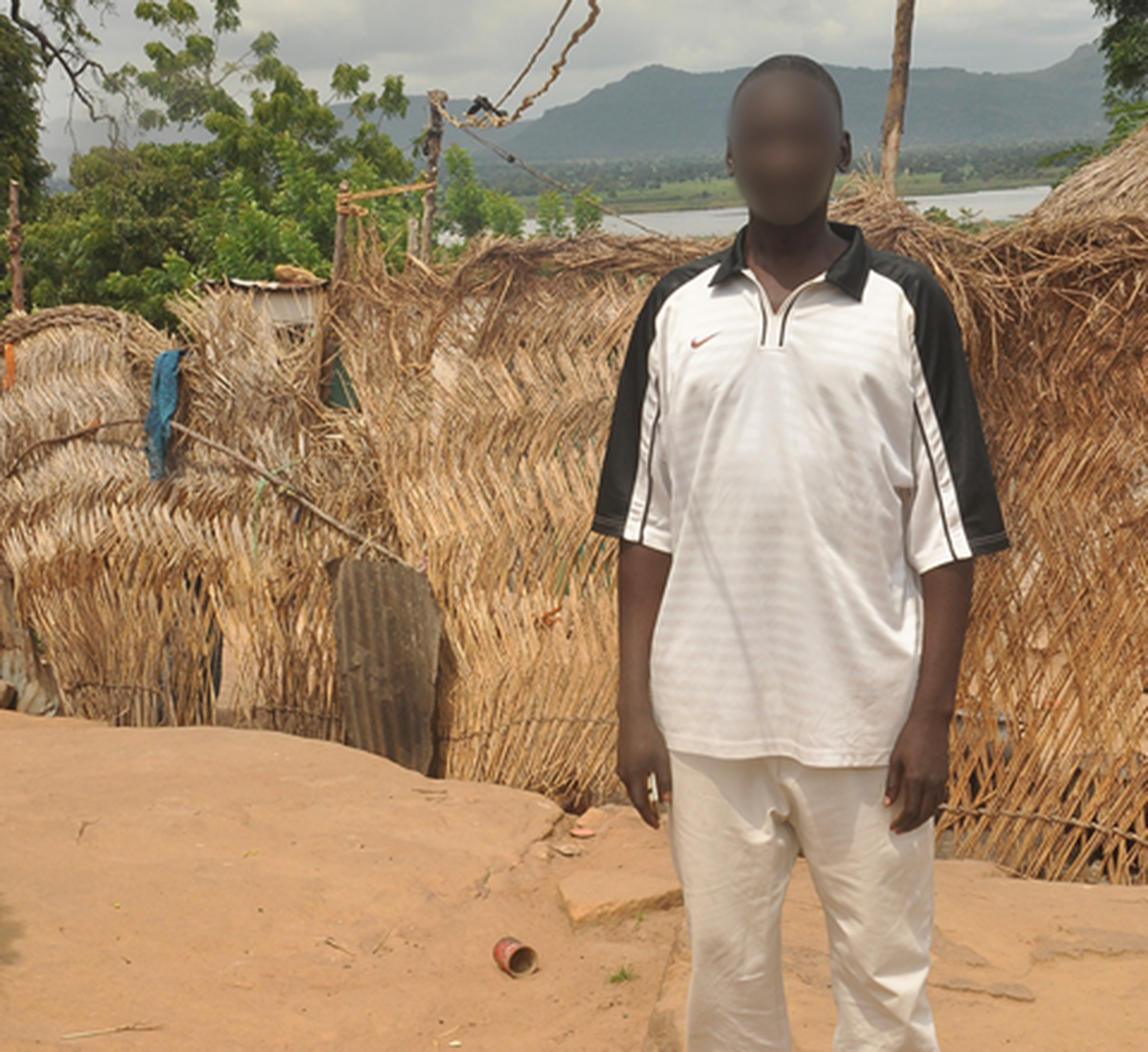 How it all began

Hamid grew up as a devout Muslim. He was the apple of his father’s eye because he also hated Christianity. As a young adult, he often burned churches and attacked believers in their homes during religious ceremonies.

“He was [very] popular in agitating a riot,” one Nigerian partner said.

But one act of kindness changed the course of Hamid’s life forever.

As Hamid was planning his next attack, a Christian elder stepped outside and approached him. The gentlemen carried something in his arms. Instead of preaching or trying to change Hamid’s mind, the elder held out his hands and offered Hamid some new clothes.

“With all the havoc I caused the Christian families, they were still kind to me,” Hamid said.

Hamid tossed and turned that night. For days he couldn’t forget about the elder’s generosity. Unable to stand it any longer, Hamid ran to a nearby church, spoke to the pastor … and gave his life to Christ.

Running for his life

Hamid escaped his father’s reach for several years. He settled in a small village where a Christian elder provided him with shelter and Bible training. Eventually, he started a business where he would travel in his truck and sell meat to customers.

Hamid was enjoying his new life … but his father found him again.

He devised a plan for some other Muslim youths to ambush Hamid’s car. They tampered with the wires and brakes, causing Hamid to have an accident. He hit another vehicle, and the driver was killed. Hamid’s father quickly reported his son to Islamic authorities, and he was thrown into prison without a fair trial.

“I was extremely tortured for 22 days in the prison,” Hamid said. “I almost lost my memory because of the pains, but I refused to deny Christ. I still told my father that I would never go back to Islam.”

Even in the midst of persecution, Hamid’s faith didn’t waver. 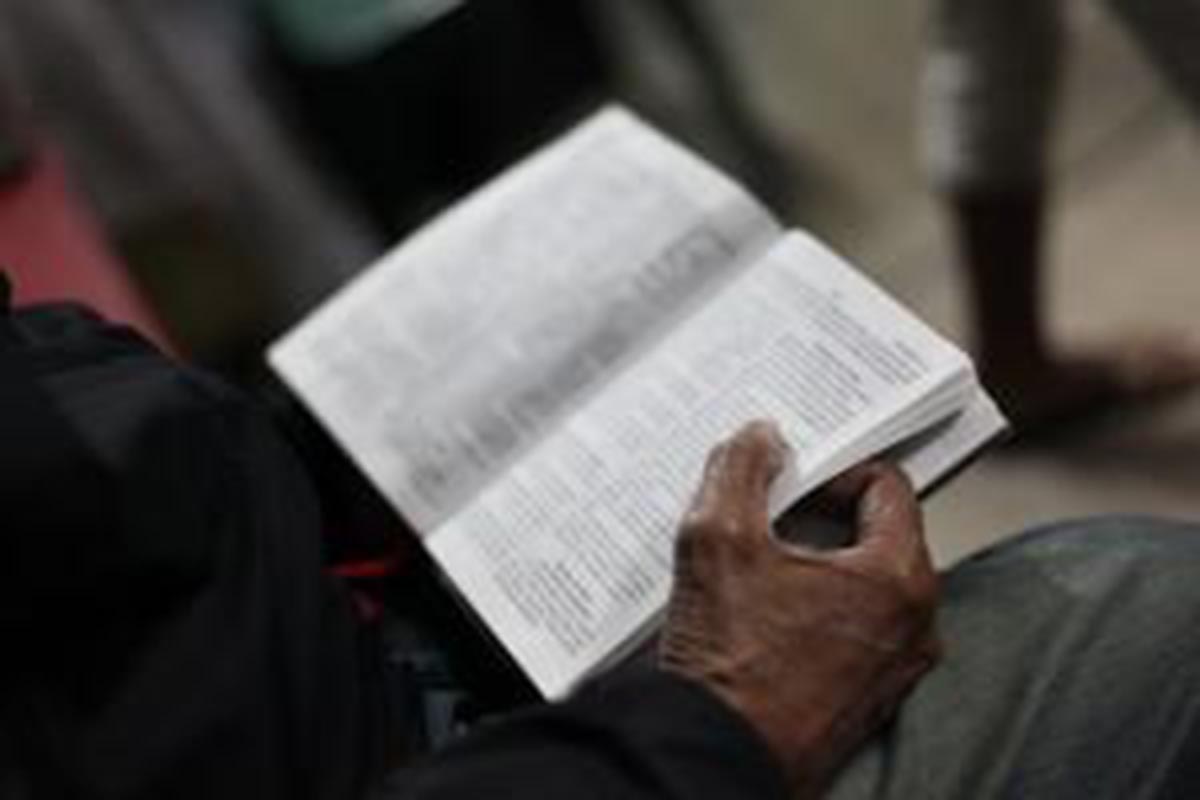 Christian elders found out about Hamid’s dilemma and had some respectable lawyers rescue him. Sore and scarred from his beatings, Hamid returned to his village. He continued his business, started farming, and started his own family.

But persecution followed him.

Muslim extremists in the community raided his house and tried to kill him. They took him to court, but Hamid won the case. Other radicals ambushed him on the road, but Hamid dodged the bullets. They even tried to poison him in the market … but God delivered him.

Despite the constant suffering, Hamid continued to secretly minister to other believers in his village. “He became more popular in fighting for the right of Christians,” our partner said.

Hamid wasn’t just popular with believers. The Islamic militant group Boko Haram had heard of him, as well. And when they saw him driving his truck one day, they stopped him.

As Hamid stepped out of his truck, he found himself face to face with the metal barrels of eight loaded guns. Hamid held up his hands and silently began praying.

“When I saw them, I was thinking my end has come because they were ready to shoot me,” Hamid said. “But God gave me wisdom, and I spoke to them in the Kanuri language.”

And that’s how God saved Hamid that day on the side of the road under the blistering sun. He switched dialects when he spoke, so the soldiers thought he was a different person. Not the infamous Hamid who was spreading Christianity.

Because of his faith, Hamid walked away unscathed.

God spared Hamid’s life over and over again. Boko Haram attacked his village multiple times, burning houses and slaughtering anyone who stood in their way. And on more than one occasion, Hamid has found himself surrounded by rifles and angry soldiers.

But he’s clung to the promises of God’s Word each time.

“What time I am afraid, I will trust in thee.”

Many persecuted believers around the world have never read those words because they have never held a Bible. They can’t find one in their country. They’re desperate for hope and comfort. That’s why they’d risk even more persecution to own a copy of God’s Word.

Will you send one Bible to a believer like Hamid for $10? Your gift will have an incredible impact because these Bibles are often shared among family and friends, meaning you will provide comfort for many people!

Right now, another believer is facing horrors we can’t even imagine. Please help provide him with peace that passes understanding. And please pray for persecuted believers like Hamid Nov. 1, during the International Day of Prayer for the Persecuted Church.

Provide one Bible for $10