Vernon Brewer
Nov 11, 2014
Another day, [ISIS soldiers] went to a different family. The kids were told to convert or be killed. They refused. There were four of them, 15 years and younger. They beheaded all of them. They were all our children. That is how evil these people are. They have no respect for anyone. The other day, they cut a 4-year-old boy in half. He didn’t do anything. What kind of threat was he? He was just a child . . .

World Help is on the frontlines of one of the most catastrophic humanitarian disasters I’ve ever witnessed.

ISIS has seized control of Syria and has infiltrated Iraqi territories with unstoppable force. Thousands of innocent civilians have been murdered in ruthless, cold blood. Millions are running for their lives as armies begin to make their way to the capital city of Baghdad. 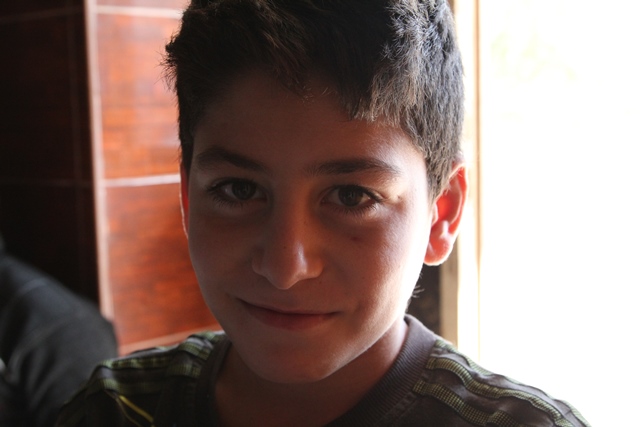 The extremist group has specifically targeted Christians for mass executions, giving each the choice to “convert or die.” Many, including children, have given their lives in the name of Christ. Before long, there may not be any more Christians left in Iraq.

The Christian Holocaust of the Middle East is here.

Christians who have escaped have nothing left to call their own. Thousands are crammed into makeshift structures that offer no shelter from the elements. Doctors have been forced out, forbidden to help the sick and the wounded. Hospitals have been burned down. Disease is spreading . . . clean water is scarce . . . food is running out . . . and temperatures are dropping.

I’m asking for your help today to provide immediate, life-saving provisions for the persecuted Christians of Iraq.

Every dollar given goes directly toward providing staple food items, clean water, mattresses, cook stoves, hygiene kits, and access to our newly operational mobile medical clinics—the only opportunity to receive professional care for miles. Funding is desperately needed to continue these clinics, as tens of thousands remain in dire need of medical attention. 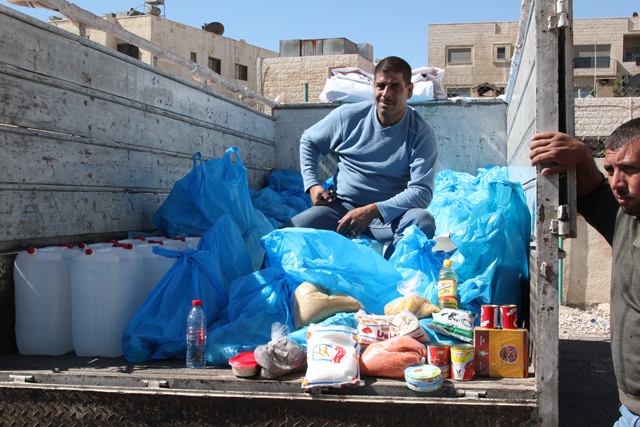 Our funding is running out quickly. To make matters worse, winter is coming, and conditions are expected to deteriorate quickly.

If the American church does not respond to this crisis, we will surely witness the extinction of Christians in Iraq and, quite possibly, the entire Middle East.

The stories I’ve heard over the past few days have been nothing short of torture . . . totally unimaginable!

I met Mazin, a 5-year-old boy who hasn’t spoken a word in weeks. 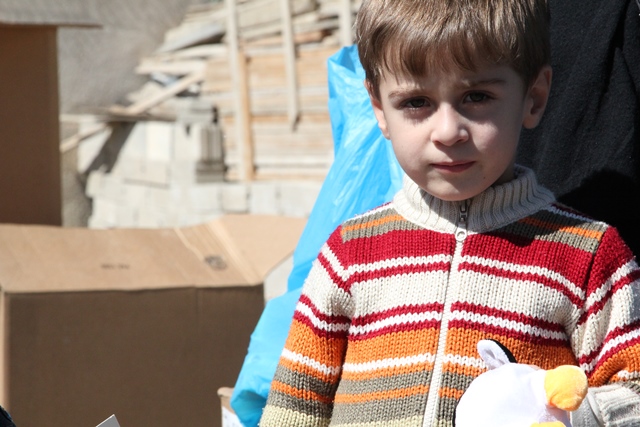 This innocent child witnessed ISIS soldiers commit horrific acts of violence—beheadings, torture, murder—and has never been the same since, becoming mute and unresponsive, even to his mother.

“He was creative, active, adventurous, talkative, and fun-loving [before ISIS came],” his uncle explains. As he speaks, Mazin’s mother sobs uncontrollably by her son’s side.

“He’s seen too many horrors to overcome them,” Mazin’s uncle said, grief-stricken. I watched as the child stared blankly ahead, too broken inside to speak. In that moment, his silence was louder than any voice I had heard all day.

As believers in Christ, we must commit ourselves to the frontlines of prayer. We must be generous. We must be unwavering in our support of the persecuted. 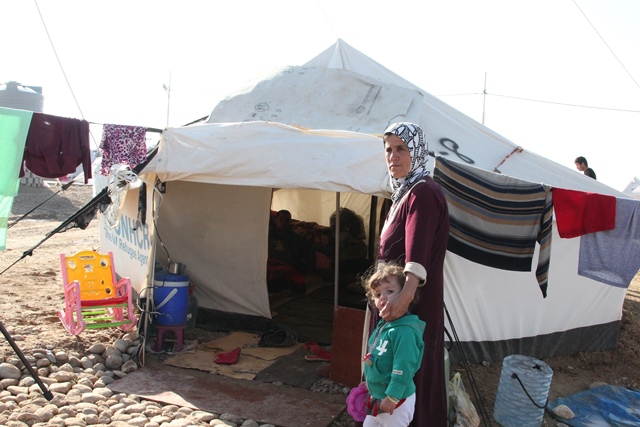 God has not abandoned His people . . . and neither should we.

Today is the time to get involved even if you’ve never participated before. A simple prayer on behalf of a refugee can bring hope. Any gift—large or small— can help keep a child alive, can provide life-saving assistance to a pregnant mother, and can help keep a family warm as the harsh winter months approach.

Will you stand for hope with me? I pray with all my heart that the answer is “Yes” . . . because winter is coming.