It wasn’t coincidence. It was God.

Emily Towns
Jul 07, 2018
When David Santiago glanced at his program at the Children of the World concert, he couldn’t believe what he saw inside.

Just a few months earlier, he and his wife, Ceci, had signed up for a trip to Guatemala. They had always been interested in doing a missions trip, and when this trip came up they sensed God’s leading. Although they worried that Ceci’s work schedule would interfere with their plans, God made a way.

David and Ceci knew that, for some reason, they were supposed to go to Puerta de Golpe, Guatemala.

This belief was confirmed when David attended a Children of the World concert at their church. He took a program at the door and went to find a seat. When he started looking at the program, he found a biography of a sweet little girl named Andrea.

Andrea needed a sponsor. But what really caught David’s eye was the fact that she was from Puerta de Golpe — the exact village he and his wife would be visiting soon.

He looked around to see if other people in the audience also had children from Guatemala in their programs, but he saw photos of kids from all different countries.

“What are the odds of that,” Ceci said. “He called me up and said, ‘I know we are doing things according to our budget, but I really want us to sponsor this child.’”

David and Ceci immediately began to sponsor Andrea. When the time came for their trip, they were so excited about meeting her and seeing her home. As soon as they arrived, Andrea was the first person they met. 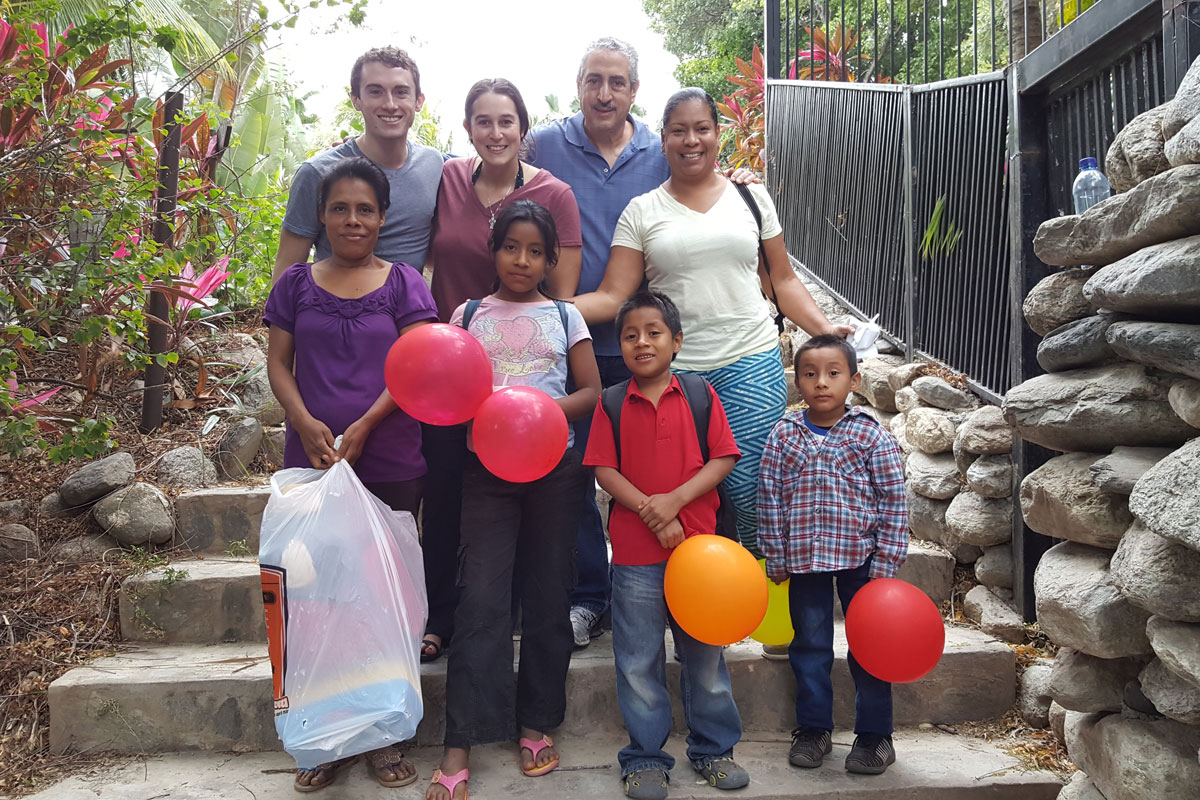 “The joy I felt and the odds of the first person I met at Puerta de Golpe being Andrea, it was priceless,” Ceci said. “The happiness was mutual, she knew exactly who I was.”

But God wasn’t finished yet.

Later that day, Ceci and their team were to lead a women’s Bible study in the village.

“We were not prepared to do this at all,” Ceci said. “We thought we were there just to physically build a church. We prayed and asked God and the Holy Spirit to have His way.”

Together, Ceci and her team shared God’s Word with a small gathering of women and a couple of men. When they prayed at the end, 13 women gave their hearts to Jesus Christ.

One of those women was Andrea’s mother, Hortencia.

They met with the group again the next day, and this time, 17 women and one man chose to follow Jesus — that man was Andrea’s father, Alfredo.

Because of the Santiagos’ faithfulness, Andrea’s entire family was exposed to the Good News of Jesus Christ. To Ceci, that is one of the best parts of child sponsorship.

“Helping another human being is the most gratifying experience you can have,” Ceci said. “Watching a child grow healthy and well nourished, giving them an opportunity to learn, and above all teaching them about Christ and how much He loves them … it’s priceless.”

David and Ceci are looking forward to continuing their relationship with Andrea and her family. They have even started a fundraiser to build a new home for the family of nine who currently live in a small hut made of bamboo sticks and mud.

“When we descended down the mountain to their home, I was so overwhelmed that I began to weep uncontrollably,” Ceci said. “Their home is one of the worst homes in this village. Fixing it is not even an option; they need a new home.”

They still need more donors to make Andrea’s new home a reality, but Ceci said she knows God will provide. She explained how, before they left, Andrea’s father told them he had prayed for help fixing his house, and he knew God answered his prayers by sending them to help.

It was no coincidence David attended the concert and opened the program to find a photo of Andrea. It was God.

Through child sponsorship, the Santiagos have been able to build a unique relationship with a family that lives halfway around the world.

Learn more about child sponsorship and how you can impact a life, too!