Kareem lost everything … but gained the Gospel

When I first heard Kareem’s story, I thought of Job from the Bible. Because Kareem had it all — a wife, two beautiful children, a home, and a well-paying job as a lawyer.

“I didn’t have any real cares or concerns,” Kareem said. “I lived my life as I wished.”

But like Job, all of Kareem’s worldly possessions vanished in the blink of an eye. 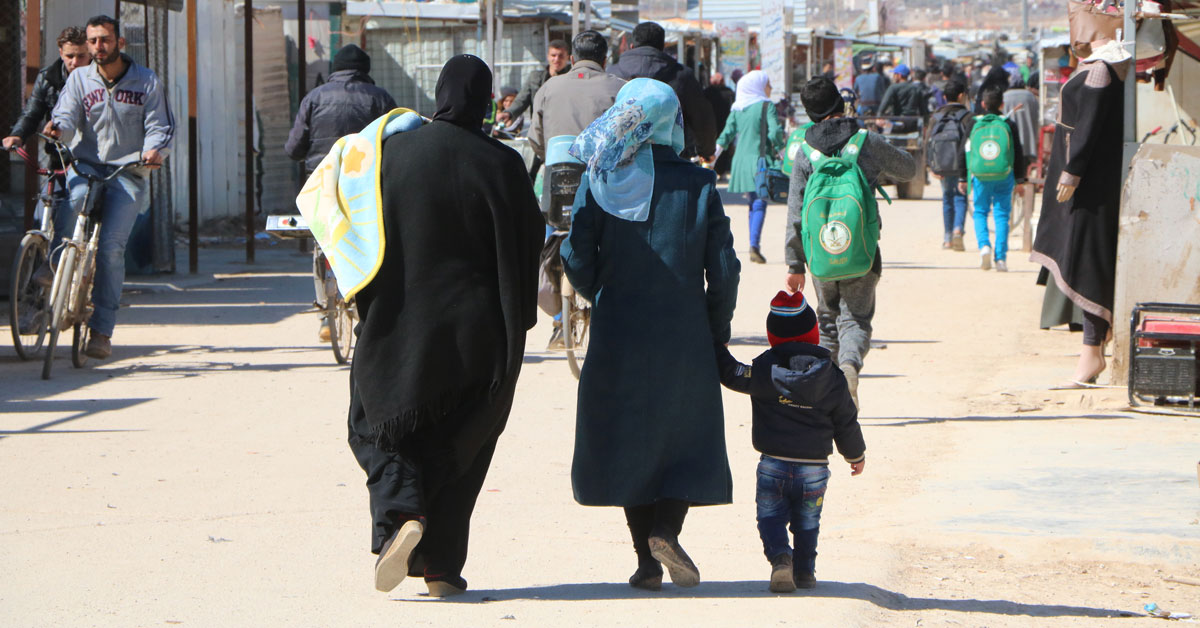 The Syrian military forced Kareem to join its ranks. But Kareem knew it was wrong to raid villages and kill innocent people. So, he ran away. Was captured and imprisoned. Ran away again. And eventually found Christ.

We’ve changed Kareem’s name for his protection, but there are many other believers just like him who grew up in a Muslim family. They’ve left their old religions behind and are now searching for answers — answers that can only be found in the Bible.

Unfortunately, many of them don’t have a Bible of their own. For just $10, you can send one Bible to someone like Kareem. Your gift will place the comfort of God’s Word in the hands of a new believer and help him grow in his new-found faith.

When he deserted the army, Kareem was thrown into prison and beaten daily. It took four years before Kareem was able to see his wife and children again. When they were finally reunited, his wife shared the bad news.

“My house had been destroyed by a bomb,” Kareem said. “My [law] office had been stolen by some group, and all I had built from the beginning had gone away, even my [identification] papers and my money. It meant I now had nothing left.”

Kareem didn’t know what to do. Like Job, he had lost everything.

The family managed to rebuild and live a peaceful life for over a year. Kareem worked as a guard and even spent some time teaching in a nearby school — until disaster struck again.

Rebel groups began fighting in nearby villages, so Kareem knew he had to get his family out of there. He wouldn’t risk being separated a second time. The family packed up their few belongings, hopped on a bus, and headed north.

It was there that Kareem heard the Gospel for the first time. “At first, I didn’t believe it strongly,” he said, “but a lot of things happened here that made me accept it.”

When he was growing up in the Islamic faith. Kareem thought God simply created the earth but then didn’t care about the people in it or what happened to them. So, in turn, he didn’t care much about God. But God showed His compassion by keeping Kareem and his family safe.

“First, I didn’t have anyone here like family or friends. Secondly, I couldn’t find a job. When I read the Bible, though, I found that it was ultimately our Lord who was the one who fed me and helped me.”

“The problem is that many Muslim-background believers have great difficulty forgetting their old life, especially being from families that have been Muslim for generations. These relatives prevent other Muslim people from accepting Jesus, maybe because of fear, shame, or simply centuries of following Islamic teaching.”

These people need God’s Word so they can read it, be inspired, and be bold … so they can tell their families why Jesus is worth it all and so they can share their faith with others.

Sadly, Bibles can be extremely hard to come by in these Muslim-majority regions of the world. Many new believers don’t have their own copy of the Scriptures. They want the peace that comes from knowing God. But they have no Bible to guide them.

Can you imagine having to defend your faith to your family who has believed something else for hundreds of years and not having the Bible to turn to? Can you imagine if your family disowned you and you didn’t have the comfort of God’s Word?

For $10, you can send one Bible to a Muslim-background believer like Kareem or another Christian who is facing pressure for his faith. And since Bibles are often shared among family and friends, there’s no telling how many people you will reach with your gift!

Please give at least one Bible today. And remember to pray for persecuted believers around the world Nov. 1, during the International Day of Prayer for the Persecuted Church.

Your prayers — and your gift — will help guide someone to the everlasting Truth.

Provide one Bible for $10