For his safety, we’ll call him Adnan.

When Adnan’s mother discovered she was pregnant in early 2011, she was excited but nervous. For the past month, she had been hearing reports of protests and shootings in the city of Daraa, Syria.

Six hours away. She tried to comfort herself by thinking about how distant the fighting was from her home in Aleppo. But she couldn’t get rid of the nagging feeling that she would be bringing her baby into an unsafe world.

Months passed. Adnan’s mother could feel the new life growing inside her … but the country around her was falling apart. Then, Adnan arrived on the last day of the longest year she could remember.

With the start of a new year, she tried to focus on the positives — the first time Adnan smiled, the first time he rolled over. She tried never to show him how worried she was.

But by the time Adnan was 7 months old, the war had come to their front door.

Adnan was too young to remember the bomb destroying their house. It’s the one thing that brings his mother comfort when she thinks back on that day. Sadly, he also won’t remember his grandfather, older brother, and the 11 other relatives who died in the blast.

The constant mortar fire drowned out Adnan’s infant cries that night as he, his parents, and his two surviving siblings escaped to the countryside outside of Aleppo.

They didn’t get far.

The Syrian army had taken control of the villages south of the city. They were trapped — under siege for six months with almost no food or clean water. Adnan’s tiny body wasted away. Every time his mother rubbed his bony back, she had to fight back tears at the thought of losing another child. What kind of people would do this to a baby?

Today, you can fight against this evil by providing lifesaving food and emergency supplies to a refugee. Your gift of $35 will provide $189 of food and essential aid to someone like Adnan in desperate need.

At their first chance, Adnan’s family fled to Jordan. Syria was their home … but it was no longer a safe place to raise a child.

Life today has changed very little for Adnan. While children his age in America climb into big, comfortable beds at night, Adnan drags his bare mattress across the floor. He scoots it between his parents’ mattress and the wall. And he falls asleep in the tiny room he shares with his family of five.

His stomach growls when he wakes up, but his family can’t afford breakfast. His father can’t work since he was injured in the war.

Adnan plays for a minute with a bright green horse — the only real toy he can call his own — before his mother rushes him out the door. He can’t be late for his lesson at the local community center. He’s learning to write full sentences today!

Maybe someday I’ll get to go to a real school, Adnan thinks as he happily skips down the road. 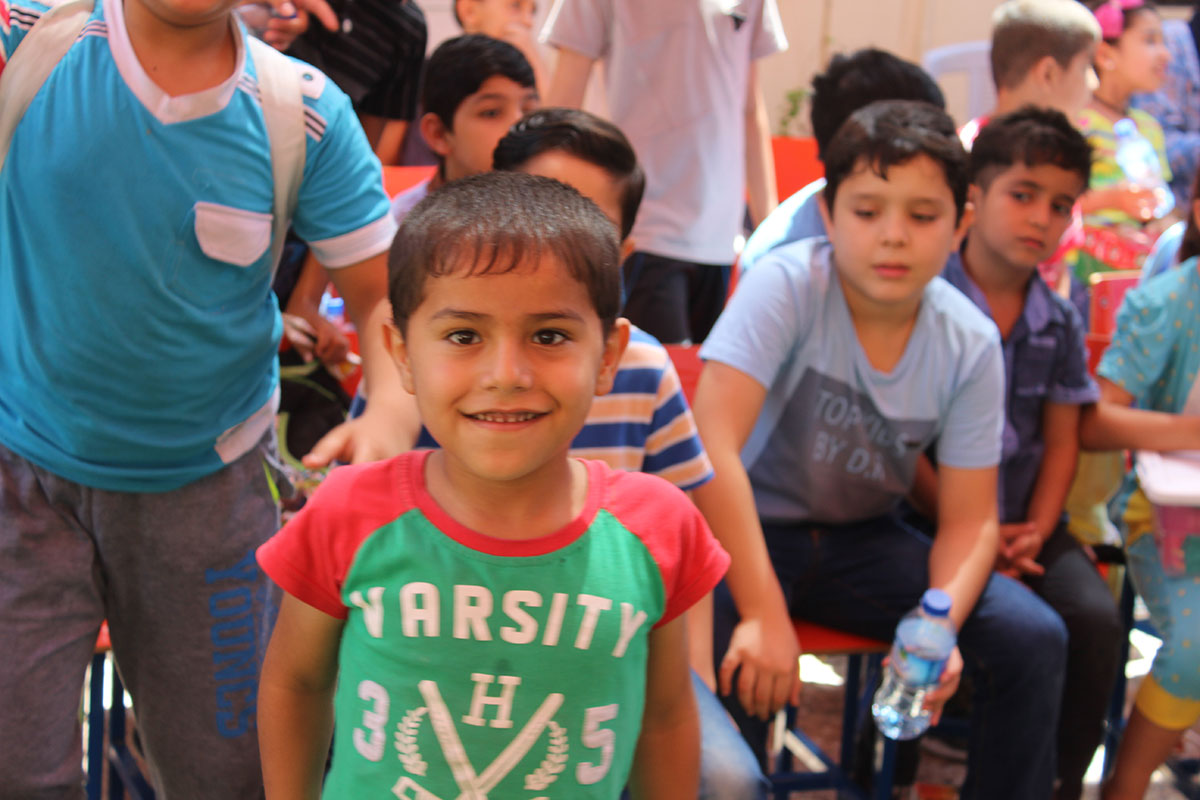 But his mother, watching him from the doorway, isn’t smiling. A thought runs through her mind. It’s the same thought that’s been on repeat for the past six years: No child should have to live like this.

Adnan is just one of countless children with similar stories.

As of last year, one-third of all Syrian children were born during the war. It’s all they’ve ever known.

More than 2 million Syrian students are out of school … and an estimated 8.4 million are in desperate need of humanitarian assistance — food, clean water, clothing, blankets, and more.

You can provide these lifesaving items to a child like Adnan. You can give him the life every child deserves and provide comfort in the middle of unimaginable horror.

Your gift of $35 today will provide a refugee with $189 worth of essential supplies. That means your gift multiplies 5X!

Place yourself in the shoes of Adnan’s parents. His mother would do anything to give him a better life. His father’s greatest regret is that he can’t provide for his family.

You can be the answer to their prayers today — all it takes is $35.