For more than 100 years, Nepal was completely isolated from the outside world.

It wasn’t until 1951 that a handful of Christians were able to carry the Good News across Nepal’s borders. You wouldn’t think that today, as Nepal has one of the fastest growing Christian populations in the world.

But none of this enormous growth happened by chance—God has been working and moving in Nepal for decades.

In 1996, World Help began Vision 1000—an initiative with the goal of planting 1,000 new churches in the 10/40 Window by the year 2000. Hundreds of churches were planted in Nepal, and today, many of those early churches have outgrown their original buildings. 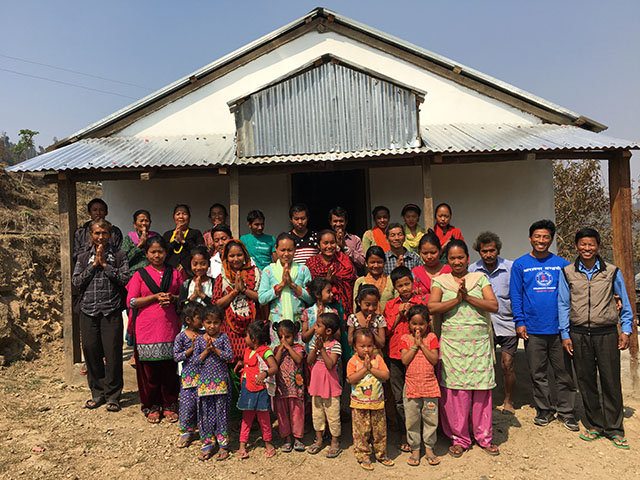 Our partner in Nepal recently visited the World Help office and told us firsthand about Nepal’s spiritual growth through the years:

“Since those days when World Help initiated Vision 1000, we have literally seen thousands and thousands of people come to know Christ, planting hundreds of churches in rural areas. God is doing a tremendous work. Growth has been unprecedented—it is a privilege and joy to see this multiplied.”

The seeds of the Gospel have been growing throughout Nepal—even after tragedy. It’s been just over a year since devastating earthquakes shattered the calm of the Himalayan Mountains . . . killing more than 8,000 and injuring over 17,000 people.

Despite destruction and hopelessness, reports of enormous spiritual growth are pouring in. Twenty-five new churches have been established following the earthquakes, and thousands have come to Christ through relief efforts.

“Had it not been for relief distribution, many would not be in the Kingdom of God today,” our partner said. 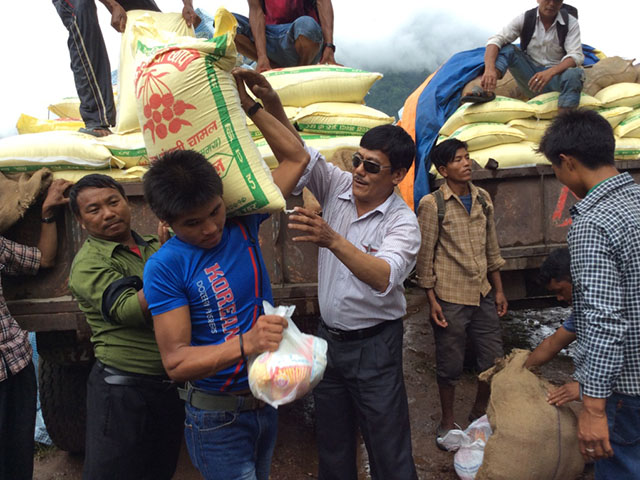 In the aftermath of the earthquakes, Christians in Nepal had the unprecedented opportunity to reach out to their neighbors with the Gospel like never before.

“[The earthquakes] brought tremendous opportunity for the body of Christ to demonstrate our love for the people in need. We see the physical pain of the people and provide them relief: blankets, food, tents, and metal-roof homes. While physical pain remains for some time, spiritual pain lives in the hearts of people everywhere. This created an opportunity to help people learn how to get rid of their spiritual pain—by introducing the Gospel into the lives of people. I baptized over 650 people after the second tremor.

“[The earthquake] has created such an opportunity to share the Gospel openly without hesitating. We used to hesitate before. It’s hard to ask spiritual questions of someone you don’t know. But this gave us a good reason to be with them, saying, ‘We are here, if you need anything.’ There is a great sense of spiritual power . . . we are touching the lives of people through spiritual partnership.” 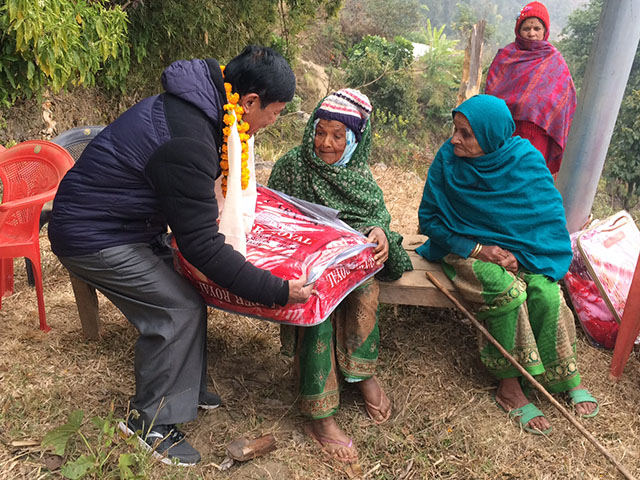 Being forced to live in temporary shelters during rebuilding process has been especially for children and the elderly. While distributing blankets at a temporary campsite, they met a 98-year-old woman who was suffering greatly from the cold. She told them that many times, she just wanted to die.

When she received a blanket, tears ran down her face and she said, “Tonight, I will have a sound sleep. For the last several nights I couldn’t sleep because of the cold that comes from the top of the mountain.”

Not long after receiving a blanket, this precious woman accepted Christ as her Savior. “I am becoming a baby again at the age of 98 in the Kingdom of God!” she said.

We know that God uses all circumstances to draw men, women, and children to Himself. The devastation in Nepal has been tragic, yet hopeful—as we serve a God who is greater than any disaster the world has to offer. 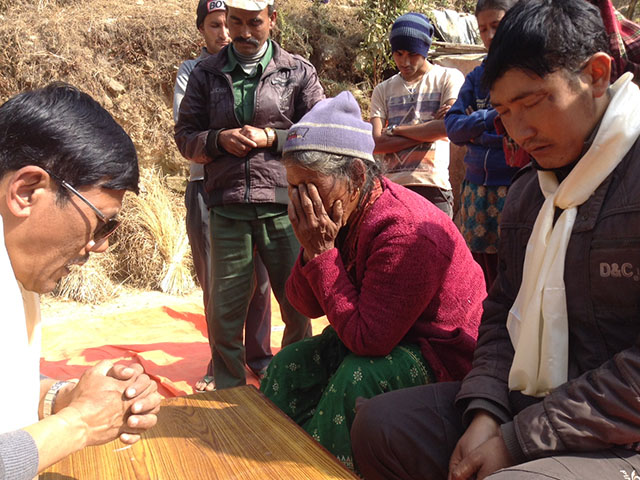 In the midst of tragedy, eternal hope is springing new.

Our partner summed up our hopes for the future of Nepal beautifully when he said:

“In the days to come we hope and pray that we will be standing even closer together, to help more people together, to impact more lives together. No matter who they are, where they come from, caste, creed, or culture, we want to take advantage of this immense opportunity to demonstrate our Christian love in action.”

Although the country has come so far in the last year, there’s still a Nepali man, woman, or child who needs you.

Will you continue investing in Nepal today?