“Blow up every church” and “kill every Christian” in Nigeria. That was the directive of Abu Musab al-Barnawi to his fellow Islamic militants when he became the new leader of Boko Haram earlier this year.

Since 2000, the terrorist group has killed more than 11,500 Christians, but al-Barnawi says that’s not enough. Nigerian believers need our prayers and support now more than ever.

As you prepare for International Day of Prayer for the Persecuted Church on Nov. 6, pray for the comfort and safety of our brothers and sisters in Nigeria. Ask God to convict the hearts of the Boko Haram militants, and pray that He will use this difficult time to change lives as He did with 20-year-old Emmanuel.*

Emmanuel was raised in a strict Muslim household. When Boko Haram arrived to kill the Christians living in his village, they never dreamed their actions would lead to this young man’s salvation.

The terrorists burned houses and killed anyone in their way, including Emmanuel’s father. Emmanuel and his mother barely escaped, aided by the help of their Christian neighbors.

Touched by their kindness, Emmanuel listened carefully as these men told him about Jesus Christ. He was struck by the drastic difference between the love and forgiveness Jesus offered and the hate and violence preached by Islamic extremists. 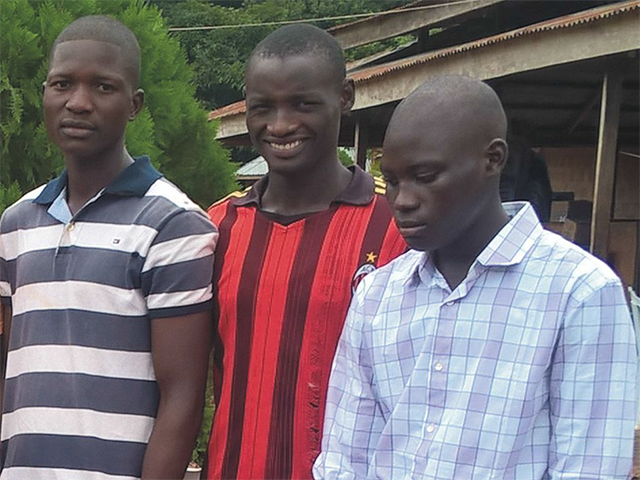 When Emmanuel told his mother he wanted to convert to Christianity, she told him he was making a mistake. But Emmanuel had made up his mind. After all that Jesus had suffered to give him salvation, Emmanuel considered it a small sacrifice to risk being estranged from his mother.

Even when Boko Haram singled him out for persecution, Emmanuel stood strong in his faith.

“Boko Haram attacked that village where I was staying with their plan to kill me, but God helped me for that not to happen,” he said.

Emmanuel was finally able to escape farther south, where God led him to a pastor who offered him shelter, education, and discipleship.

Through all of his suffering, Emmanuel trusted God, and he is now using his testimony to share the Gospel with others. When asked about his experiences, he answers with four simple words: “Glory be to God.”

Remember Emmanuel on Nov. 6. Pray that God will raise up more godly men and women like him in Nigeria and give them the strength to share the Gospel despite increasing persecution.

Click below if you want to learn more about how to pray for Nigeria and other persecuted countries or if you would like to help equip believers like Emmanuel with God’s Word and lifesaving relief.