Editor’s Note: This is the second story about Allen and Courtney Peacock and the impact their love for people in need has made around the world. Click here to read the first blog.

The elderly couple had never held a house key in their hands. But here, for the first time in their lives, they had a home.

Allen Peacock and his wife, Courtney, stood nearby, watching as the couple struggled with unlocking the door.

“They looked at it, and Allen had to show them how to use the key,” Courtney recalled. It was one of the sweetest moments the Peacocks had shared on this trip to Guatemala. They had been able to supply this older couple with a home, and now they were able to usher them inside. 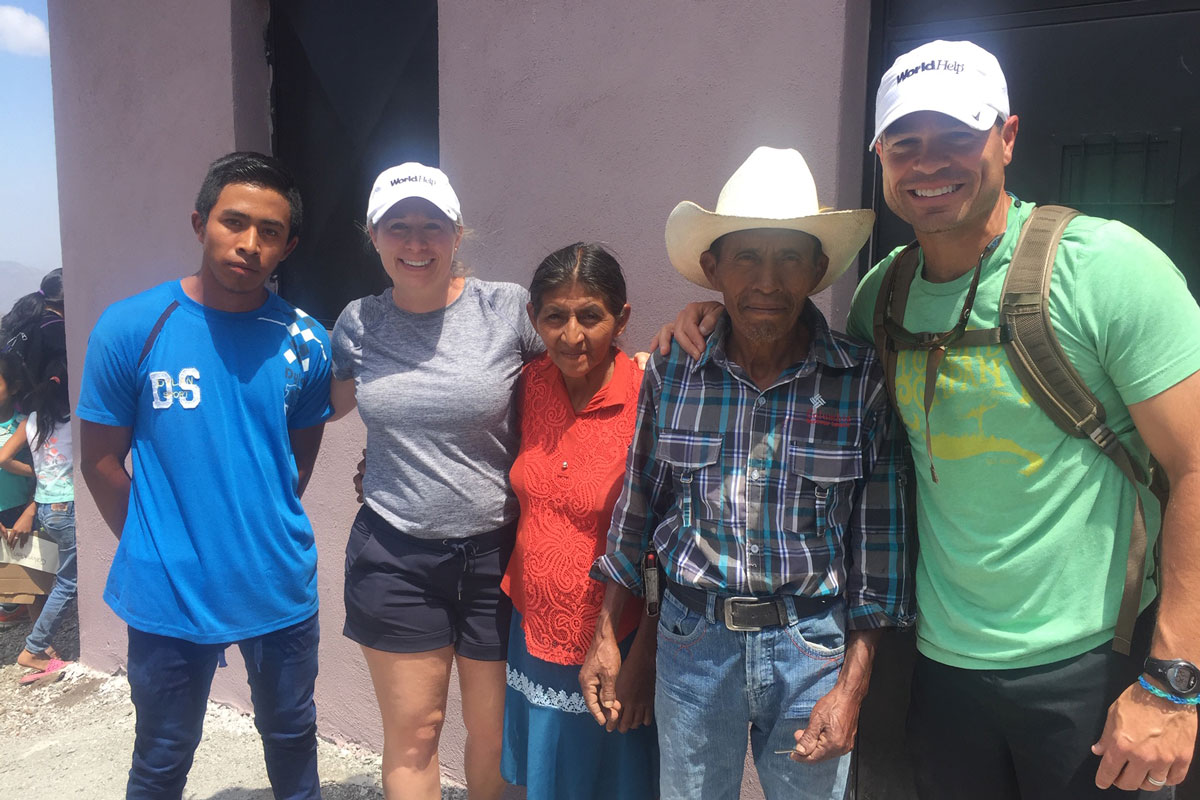 They dedicated the funds to build a home not knowing who would receive it, but they were assured it would benefit one of the neediest families in the community.

On a follow-up trip months later, Allen and Courtney were grateful that an elderly couple — ones close to Courtney’s grandparents’ age — were the recipients.

After the house was completed, the Peacocks got to put the final touches on the home before the ribbon-cutting ceremony.

“We got to finish the painting,” Courtney said. “We made the beds for them and got it all set up for them.”

Now, Courtney cherishes the memory of watching her husband help this couple into their new home. It was a sturdy house, unlike their old lean-to. It had a door with a lock. It had all the comforts of a home that this couple had never known in their 70-plus years of life.

“They had never slept in a bed,” Courtney said. “Not in their whole lives.”

But because of the calling Courtney and Allen felt on their lives, the elderly husband and wife now had a bed — and a home.

“Allen and I feel like the funds we have are not ours,” Courtney said. “We’ve been given them to manage. Just to be able to give back a very small part of what God has given us … to provide that for them, we just feel that [a home] is a very tangible way to help meet a basic need.”

The Peacocks have also provided the funds to build houses for both of their sponsored children in Guatemala. But the couple’s generosity isn’t something they brag about. In all the ways they have helped others in Guatemala — whether through sponsorship or small homes — they want God to receive all the glory.

The Peacocks just want to be vessels … the key to open the door to God’s blessings on other people’s lives.

Today, you can be that same key for other people in need.

By helping provide a new home for people who have never had a sturdy front door or a reliable roof over their heads, you give them the promise of a better tomorrow.

The Peacocks aren’t done with their ribbon-cutting ceremonies for new homes. And you can join them in breaking new ground — right now.