Solomon* had just begun to settle in for the evening when his phone broke the silence.

Solomon looked at the clock and felt a rush of adrenaline course through his body — he had only minutes to hide everything.

“We had just received a sizable shipment of Bibles, gospel tracts, and other materials, which were being temporarily stored at the church, and we would have been in a great deal of trouble should the police find those materials,” Solomon said.

His heartbeat thumped in his ears as he sped to the church. He had no idea how he would hide everything in time — but he had to try.

As soon as Solomon walked through the church doors, he felt God’s presence guiding him.

“The Lord directed my attention to some garbage bins by the stairwell. I immediately wheeled all the materials by the bins as quickly as I could, and I placed an old tarp over everything,” he said.

He had just finished when he heard sirens wailing. A squad of police cars pulled up to the church and armed officers quickly piled out.

Solomon’s heart raced as they scoured every inch of the building, but to his astonishment, the police officer looked right past the trash bins.

“The Lord blinded their eyes and they paid no heed to the camouflaged training materials right next to the garbage bins,” he recalled.

Finding nothing, the squad leader flashed an icy stare straight at Solomon and gave him a stern warning —“You better not do anything illegal.”

Government scrutiny of house churches in China recently amped up and our network of church planters is preparing congregations to face mounting persecution for their faith.

“It has been some years since the police have carried out their work with the current level of intensity,” Solomon said. “They have eyes and ears everywhere, they know who we are and where we meet. They regularly monitor our phone conversations, emails, and text messages.” 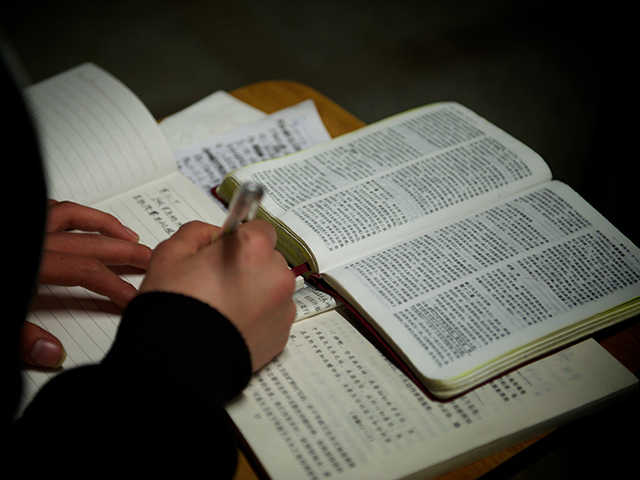 Every few weeks, Solomon receives a chilling invitation to “have tea” with the local police — a subtle but unsettling way for the government to interrogate local church leaders.

In addition, the police regularly visit the homes and churches of church leaders in an attempt to indoctrinate them on the government’s philosophies.

“I have a young son and daughter and they often have a difficult time understanding why policemen have showed up at our church and at our home. ‘Have mom and dad done something wrong?’ they wonder aloud. The way of the cross is difficult for young minds to comprehend and fathom.”

And yet, in spite of the increasing danger, Chinese believers are seeing more and more evidence of God’s protection and provision.

“While facing persecution is difficult, I believe it is good for our churches and our congregations. It refines and renews our faith, furthers our walk with the Lord, and strengthens our resolve toward the Great Commission.”

For these men, women, and children, the prayers of the church are everything — they are peace that carries them through every trial and the faith that compels them to boldly proclaim the name of Christ in some the world’s darkest communities.