Today, there are 663 million people living without access to clean water. And this Christmas, you can do something to change that.
Share Tweet
or
Send an email

This Christmas, you can do something extraordinary.

Give a gift that will allow your loved ones to be a part of something truly beautiful—something that will transform lives forever.

Today, there are 663 million people living without access to clean water. And this Christmas, you can do something to change that.

There is no single more powerful way to bring holistic health to an impoverished community than by providing clean water.

Take a moment to read these incredible testimonies from Peru. See how transformation is washing over a nation . . . one village at a time. 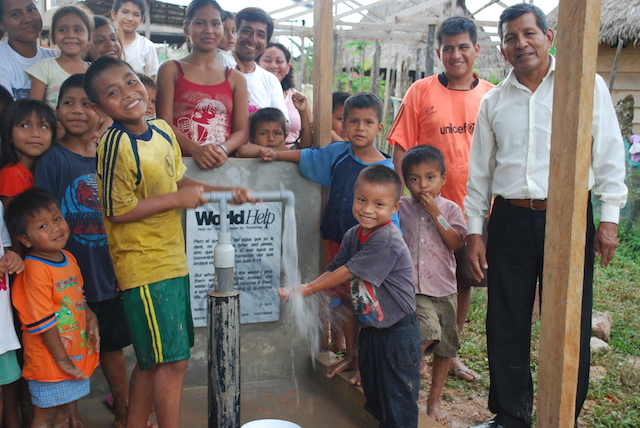 “I did not believe in God, but only God who loves us can do this,” Silvia, a 27-year-old mother of two said.

Three times a week, Silvia made the 90-minute trek from her remote Peruvian village to the nearest water source. She would have made the journey daily, but the city only allowed her to fill up her cistern three times per week.

And every week she ran out.

Silvia struggled to prepare meals for her children and keep their living conditions sanitary without access to water. As a result, they were continually exposed to illnesses and malnutrition . . . a burden she carried every day.

When Silvia learned a clean-water well would be drilled just a short distance from her home, the shadow of sickness and scarcity that had consumed her daily existence finally began to lift.

Though she didn’t know it at the time, hope was finally rising up within her. Today, Silvia walks only a short distance to gather clean water for her daily tasks . . . and it doesn’t run out.

Although Silvia is still not quite sure what she believes, she draws clean water every morning from the well at a church in her village . . . and every day, she has a little more reason to believe that there is a God who loves her. 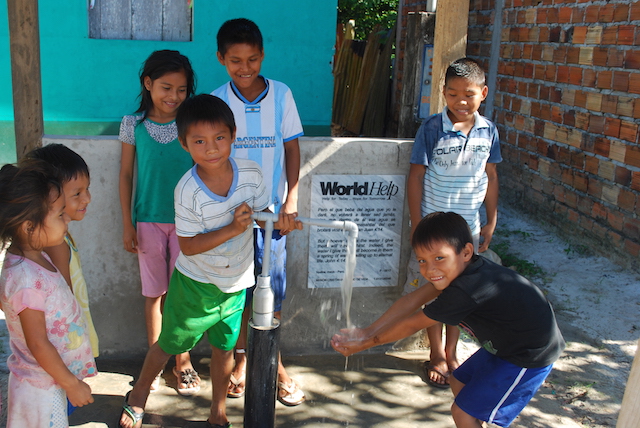 As a 16-year-old girl, Amilia could think of a million different things she’d like to do with her time other than gather water every day. But she was the strongest and healthiest of her family, so the task of collecting water had fallen to her.

Amilia longed for more time . . . time to spend with her friends, to attend school, and to invest in her dreams for the future. But there was no sense dwelling on any of that—this was her reality and she had no choice but to accept it.

It was long, tiring walk to the nearest water source every morning. But instead of seething with resentment, Amilia chose to spend those lonely hours praying. She asked for a clean-water well near her home . . . for time with her friends . . . for a chance to go to school.

It was impossible to explain exactly how it happened, but one ordinary morning, on her journey to gather water, she suddenly had the overwhelming sense that her prayers would soon be answered.

You will have the water you need, she felt God say.

But as quickly as the words were impressed upon her heart, they seemed to vanish into thin air, and Amilia brushed it off as nothing.

Months later, however, the words came rushing back when she learned that a clean-water well would soon be drilled in her village, and it would be right near her home.

Surely, God had heard her prayers.

“I did not believe that dream, but now I do because I can see the well is close to my house, and I have clean water,” Amilia said. 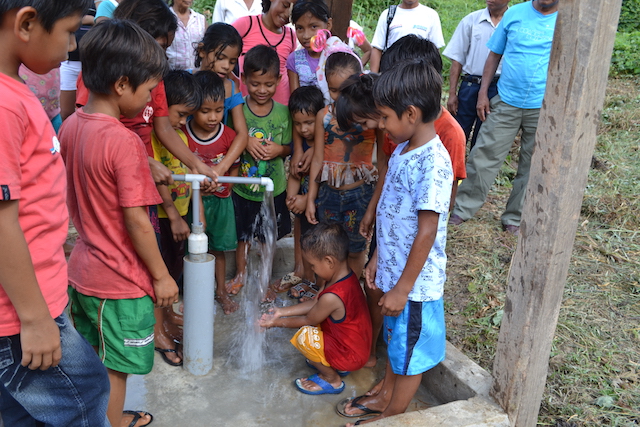 Like most of the young girls in their village, Viviana and Samantha spent hours of their day collecting water at a nearby swamp.

By the time she was 13 years old, Viviana had become an expert on swamp conditions. She knew if they rose early in the morning, they could collect water while it was still “clean and clear,” though still as dark as coffee.

She also knew if she waited until the rest of the village began collecting water, it would become “dirty.” Or in other words, it would turn to mud.

Pulling out frogs and insects that slipped into their containers was an everyday occurrence. The girls also became accustomed to missing school regularly from water-related illnesses. Perpetual sickness had become a way of life for the children in their village.

“[This] well is a clear sign of God’s love reaching the remote place where they live,” our partner reported. “At the end of the [well dedication], 26 people prayed and received Jesus like their personal Savior.”

Clean water not only promotes physical health, it supports economies, furthers education, and diminishes gender inequality. But most importantly, clean water brings a powerful message of hope to impoverished communities who’ve been disregarded for far too long.

This year, do something unexpected. Allow your joyous Christmas celebration to reach a desperate community with something that will change their lives forever.