Rebuilding the spirit of a community

When massive earthquakes hit the country of Nepal in 2015, it wasn’t just buildings that were destroyed.

Lives were shattered as families suddenly had no place to call home. Jobs vanished as businesses lay in rubble. Children were orphaned. And the church building — the centerpiece of Christian community in Jiri, Nepal — was gone.

This was a devastating blow for a village that had already lost so much. Jiri’s thriving church body was forced to rent a small, cramped space … one of the few places available after the destruction. Seekers felt uncomfortable without a place to sit and listen, and the church could no longer host its usual seminars and pastor training.

Even though it’s been over two years since the earthquakes struck, the people of Nepal — and particularly the churches — are still rebuilding.

But the remarkable believers in Jiri never lost hope. After nearly two years of praying for a solution to their overcrowding situation, their prayers were answered when a generous donor provided funds to rebuild their church building. 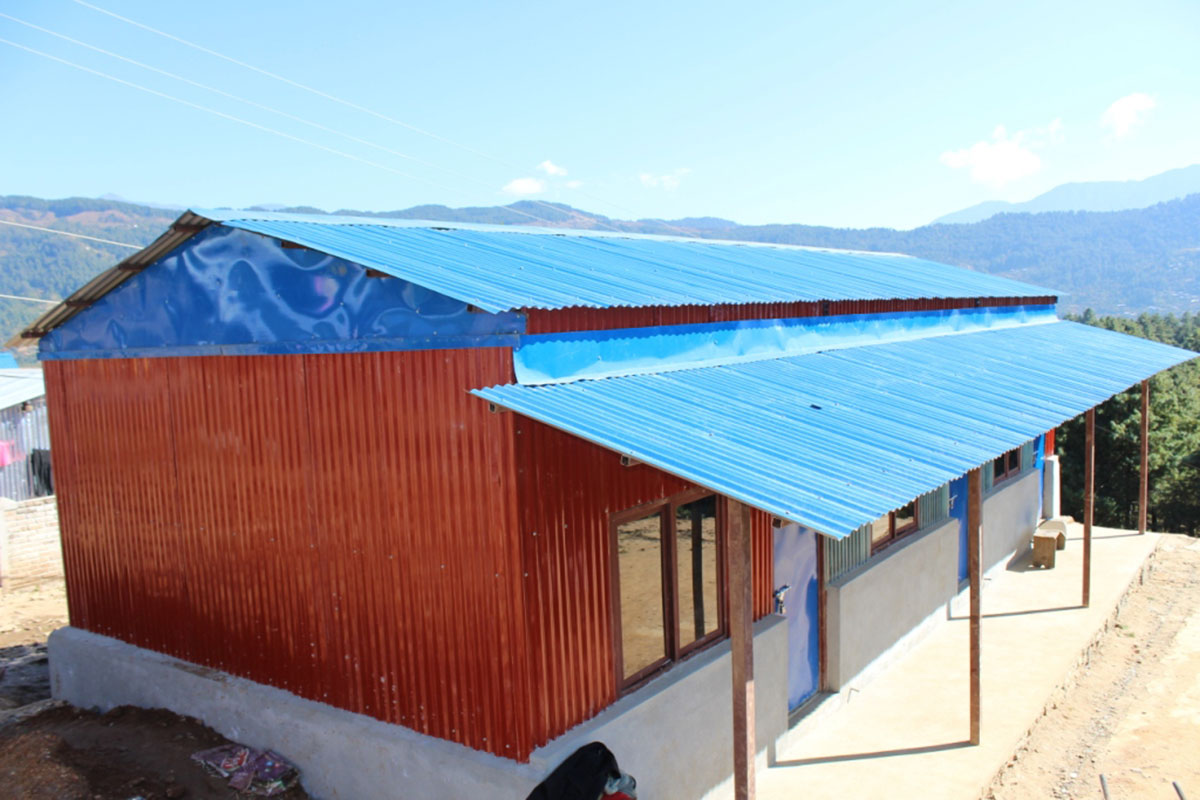 “We were facing many problems after our church building was destroyed,” said Pastor Gyan, the leader of Jiri’s church. “There was no proper place for fellowship. But now as the church building is provided to us, it is very comfortable to have fellowship. I would like to extend a heart full of thanks to everyone who helped us.”

As the community rebuilds, having a physical meeting place for the church is crucial. Many seekers are asking questions about God and eternity following the disaster.

The church of Jiri acts as a beacon of hope in the village … clearly pointing seekers and believers alike to worship. 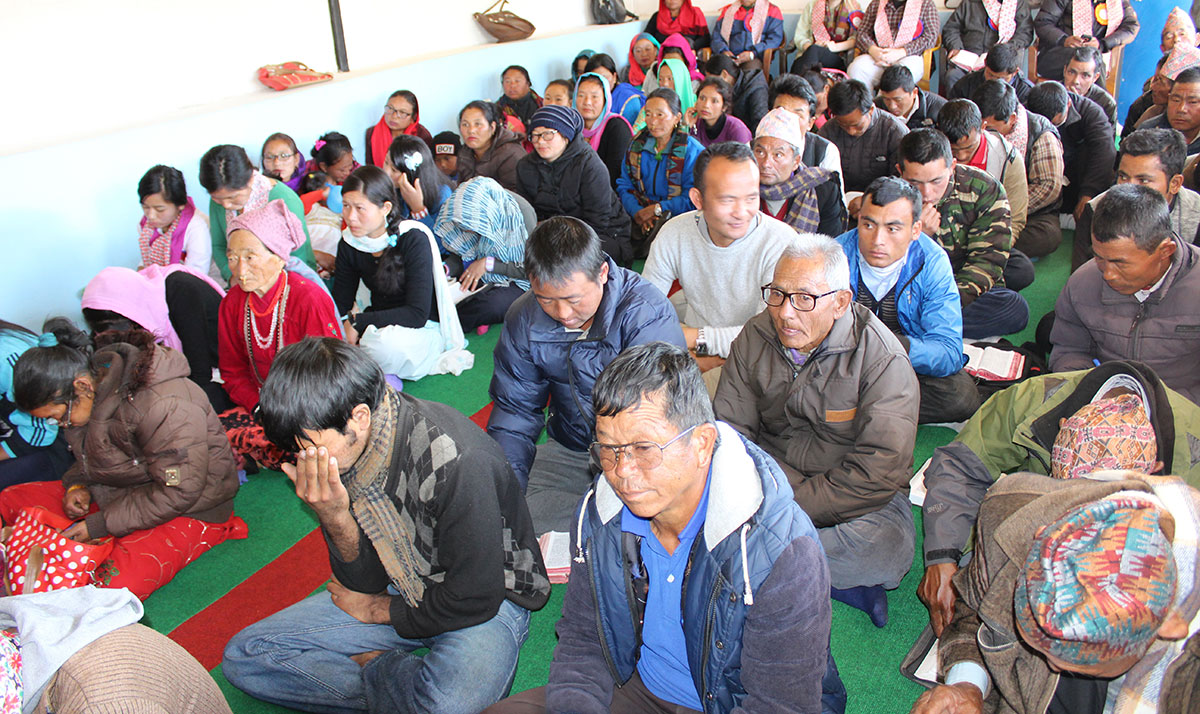 Many people are still grieving the loss of loved ones, homes, and livelihoods. It will take several years until the spirit of Jiri is completely revived from the earthquakes.

But that healing begins with the body of Christ — and the love and support that comes from God alone.

Healing has begun for many people in Nepal. But the work is far from done.

“There are churches in other places that we are not able to rebuild yet,” Pastor Gyan said. “Please continue to pray that we may also rebuild the church building in these places.” 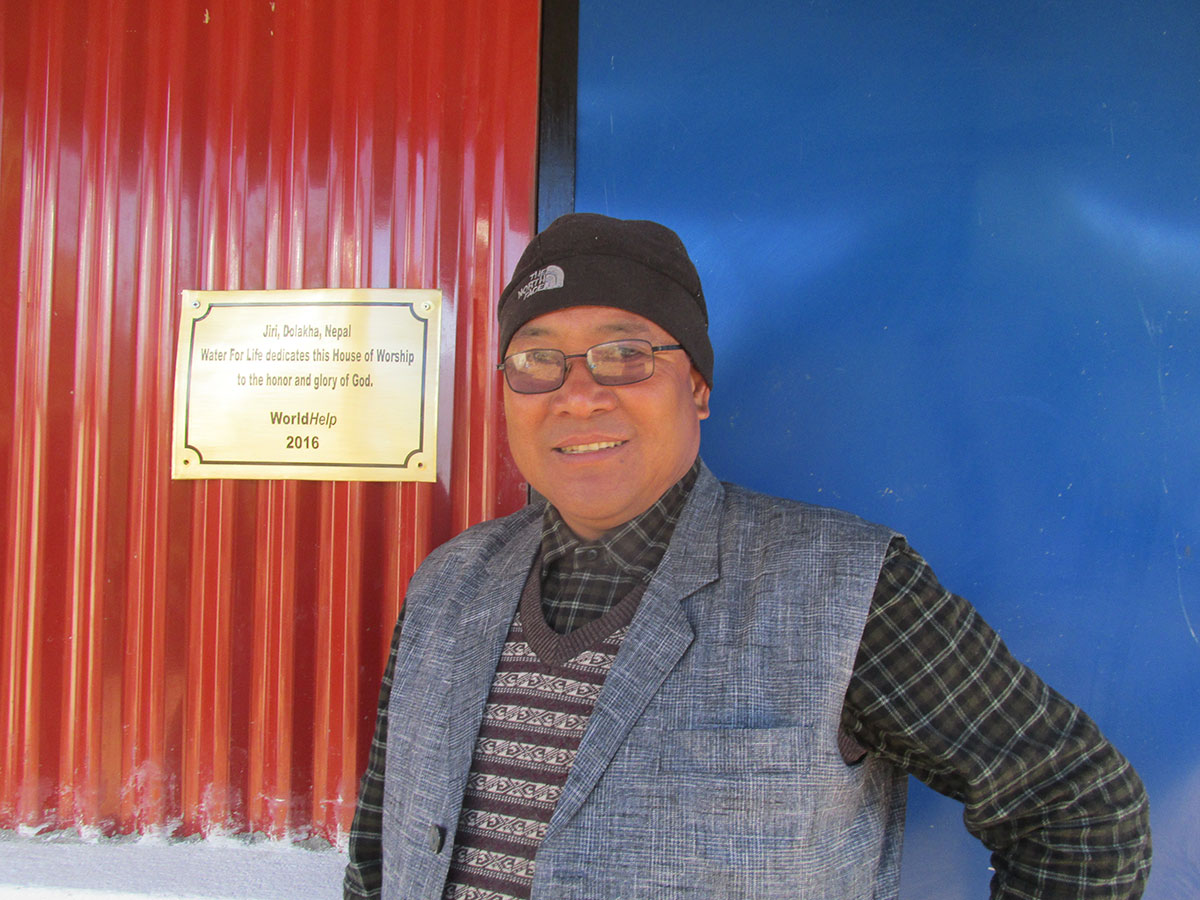 As Christians, let’s not lose sight of our commitment to enduring support. When we are content with short-term solutions, we risk missing out on the blessings of long-term faithfulness.

God is calling us to stay the course long after the news headlines have faded. As followers of Christ, we have the unique privilege and responsibility to love others and see things through to the end.

The news media has long forgotten Nepal, and continuing earthquake relief isn’t on most people’s radar.

That’s why your continued investment and support is so important. When you compassionately give to build a church — whether in Nepal or another needy village around the world — you show one community they aren’t forgotten. You remind them God sees their hearts and He sees their struggles.

You can be an answer to prayer … you can bring healing and hope to some of the most forgotten people on earth.

Will you help rebuild a community through the gift of a church building today?