Karima watched from the window as the mob approached her house, carrying scythes and rods.

We’ve changed Karima’s name since she lives in a country where Christians are persecuted.

Karima’s family sat in silence and held their breath, steeling themselves for the persecution that was coming.

Karima jumped as the men burst through the door, slamming it against the wall.

“Please,” her father begged. “Don’t do any wrong to us … we have not done any wrong to you!” The mob responded by dragging her father outside and beating him until he was bruised and bloody.

Karima helplessly watched as one by one the men attacked her family. They beat her grandfather and then her mother. Next, they came for Karima.

Her stomach dropped. One of the men grabbed her by the hair and dragged her outside. While beating and kicking her, he screamed, “You are doing such wrong things!” 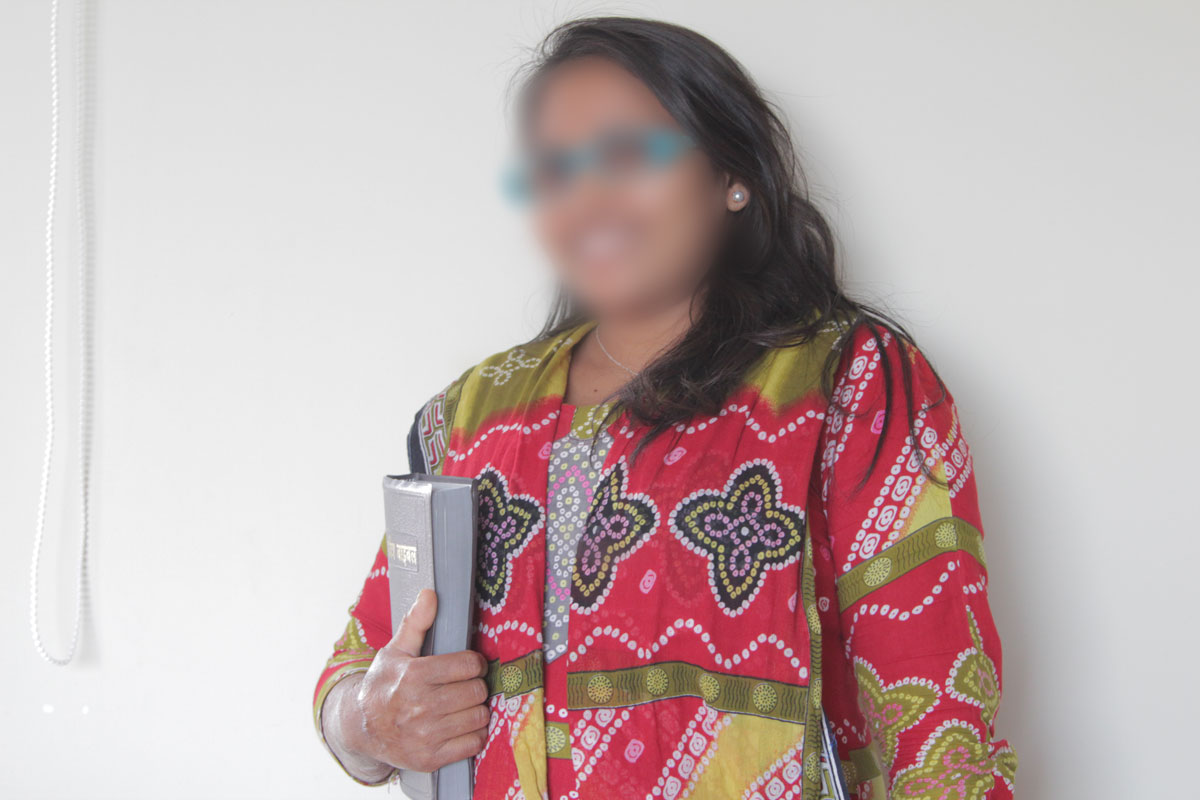 Karima will never forget that day as long as she lives. But she refuses to let it define her or traumatize her to the extent that she abandons her faith. Instead, the persecution has encouraged her to spread the message of the Gospel to as many people as possible.

And that’s why she wants a Bible.

She already has Bible of her own and reads it as often as she can. “The Bible is everything to me,” Karima said. But now she is asking for another Bible so she can give it away to someone else who is struggling.

Right now, thanks to a matching gift, every $10 you give will DOUBLE to provide TWO Bibles for persecuted Christians instead of one.

That means you can provide a copy of God’s Word to someone like Karima plus another person suffering for Christ.

Karima and her family live in South Asia where Christians are brutally attacked, mocked, and sometimes killed for their faith. Unfortunately, this is also a reality in countries like Nigeria, North Korea, and Iran … many of the very countries where Bibles are scarcest.

Imagine how the two Bibles you give — for just $10 — will make a difference in the lives of persecuted Christians who need the strength and comfort found only in Scripture.

Karima still bears the physical scars of what those men did to her that day. But she hasn’t let that harden her heart. She remembers the scars left on her Savior’s hands and feet that she has read about in her Bible and knows serving Him is worth any cost.

Karima isn’t afraid of what man can do to her because she has access to God’s promises in His Word. And you can give that to another persecuted Christian like her, right now.