Sick, then stripped of their Scriptures

Bursting into the hospital room, the Hindu radicals demanded to see the patients’ Bibles.

With quivering hands, the weak men and women handed over the Christian literature they had requested from the hospital staff.

The Hindu militants accused the hospital staff members, many of whom are Christians, of forcing their faith on the patients.

“Is it true that unless one becomes a Christian, the treatment will not be free, and treatment is available only once you convert to Christianity?” one man demanded.

One of the Hindu doctors who had worked at the hospital for 27 years, responded that he had never seen any patient forced into Christianity.

The intruders gave no answer but instead stormed past the doctors and nurses and began questioning every patient.

The sick men and women clung to their copies of the Scriptures, pleading and saying that they hadn’t been forced into their beliefs. They had asked for the Bibles and daily devotional booklets because of the tremendous comfort God’s Word brought them.

The patients cried out in protest as the trespassers ripped the Bibles away from them and burned them. Then they vandalized the ward, terrorizing the nurses and yelling curses. 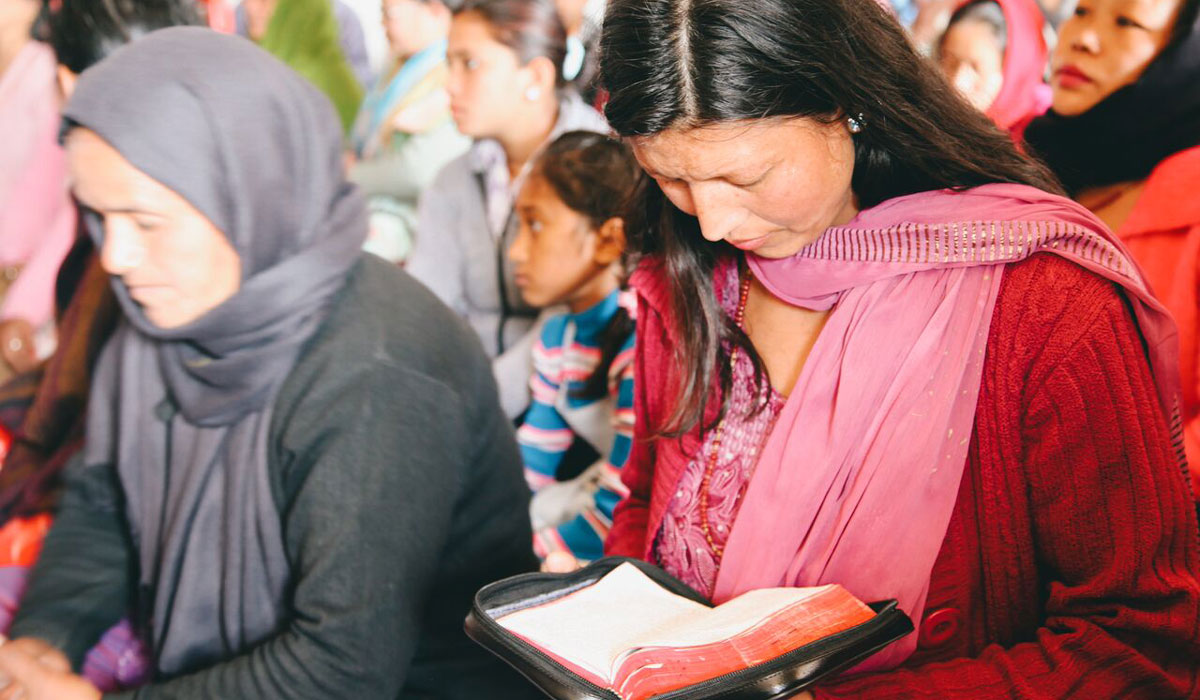 Before they left, the militants threatened the traumatized patients and staff that they would return and destroy more Bibles — and they would be keeping the hospital under surveillance.

“We do not wonder or be surprised about this because Jesus already told us this would happen and persecution would be part of the church life,” our partner said after the attack. “Please join us in prayers for the churches of this nation.”

Will you remember these patients and the hospital staff on International Day of Prayer for the Persecuted Church?

They are worried another raid could happen any day and knowing there are Christians worldwide praying for them will be a great encouragement.

In addition to praying, you can also help persecuted Christians by giving them Bibles. Many believers have either had their Bibles taken away or had to leave them behind while fleeing violence. Others, especially in places like North Korea and Iran, have never owned a copy of Scriptures for themselves.

Your $10 gift will give a copy of God’s Word to someone who has been desperately waiting and praying for one.

The patients at this hospital may have had their Bibles ripped from their hands. But today you can return God’s Word to those who have lost it … or give them access to the Scriptures for the very first time.