Sponsorship grows a family — in more ways than one

“My favorite thing about being sponsored is that I’ve got someone who cares about me,” Deshimo says. “It is the best thing I’ve ever had in my life.”

Deshimo is especially grateful to be a sponsored child because he vividly remembers how life used to be. One of seven children, Deshimo knew his family was struggling to provide … struggling to survive. Despite his parents’ best efforts, poverty had a strong grip on their family that they could not break. Their situation seemed hopeless.

“It was hard to make it out [of the poverty],” he recalls. His mother suffered from a mental illness as a response to surviving the Rwandan genocide. Her medical bills made it challenging for the family to buy food — and there was no way to pay for the children’s school frees.

The one thing Deshimo wished for — besides not going to bed hungry — was to get an education. But in a long line of siblings who also wanted to attend school, he didn’t hold out much hope. Sometimes he felt alone and forgotten.

But then Deshimo’s life took a turn for the better. 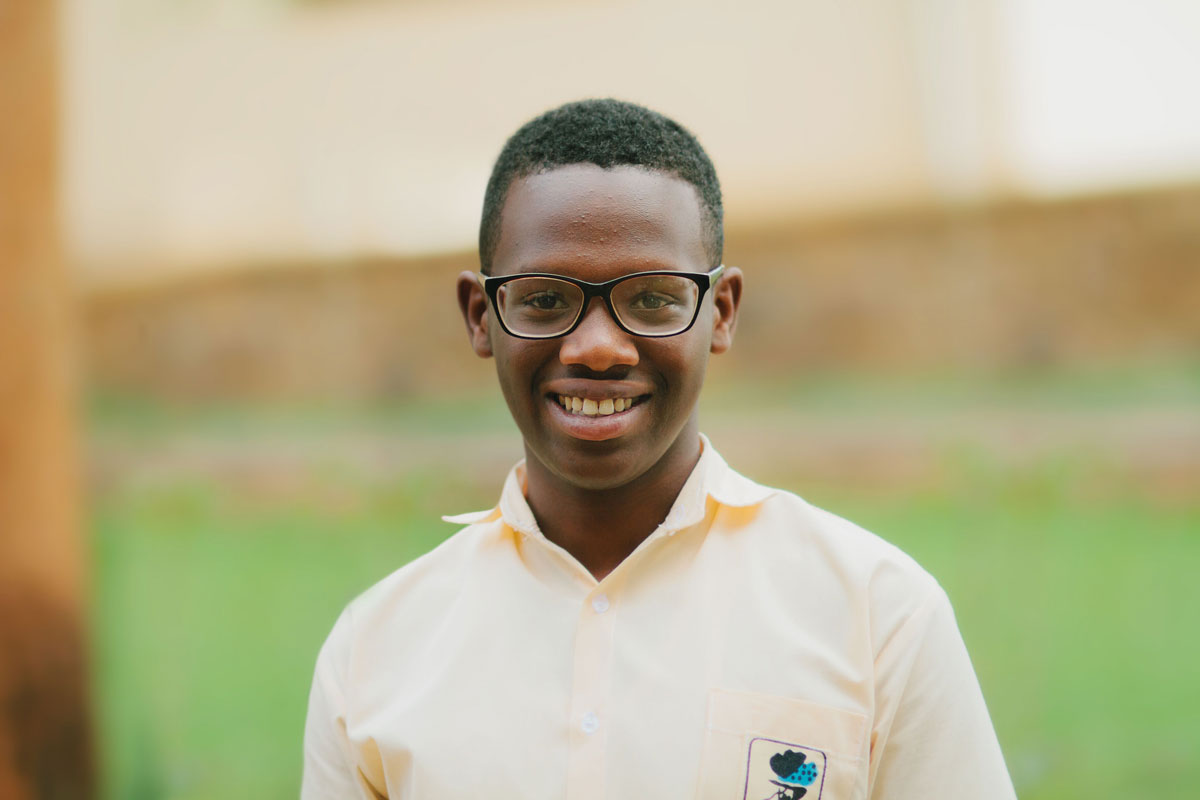 “My life is very opposite now from what it once was,” he says.

Deshimo received a sponsor and got the opportunity to attend Star School in Rwanda. Before sponsorship, Deshimo had little hope of escaping poverty and the despair that comes with it. But now he is a junior in high school, attending one of the best schools in the nation. He has big plans for the future.

“I want to be a businessman,” he says. “I want to reach out to people and be of use to my country. I want to teach young people that there is something great in them.” When asked about his biggest goals, he smiles, and says, “I’ve got many of them.”

Through the sponsorship program, Deshimo receives medical care, nutritious food, and more. Most importantly, he has learned about Jesus. Today, Deshimo is a strong Christian and even plays in his church’s worship band.

Now, the loneliness of poverty is just a memory. His “family” has grown to include friends at school, his church family, and countless brothers and sisters in Christ.

He also has been able to build a relationship with his sponsor through letters. And even though they may never meet, Deshimo’s life has been changed forever by the generosity of someone who cared.

When you become a sponsor, you are more than a benefactor. You are a blessing, a friend … an addition to the family.

For Deshimo, a life of poverty meant he and his family were just trying to survive from one day to the next. But now, thanks to sponsorship, he is living a full and blessed life — overflowing with meaningful relationships, love, and hope.

You can transform a child’s present and his future today. Will you help a child in need?