This 12-year-old refugee has big plans

While I enjoy the holidays, I don’t always love the cold winter months. Thankfully, my family and I have a closet full of warm coats, shoes, and blankets for when the temperature drops.

I’ve spent the past few days with refugees near the Syrian border. These families have faced bombings, chemical attacks, and unspeakable acts of violence. But right now, the biggest threat they face is the brutal winter ahead.

To survive the coming frigid weather, they need your help.

Dalia, whose name we’ve changed for her protection, was just 6 years old when her family was forced to flee their home in Syria. Six years later, she still remembers the fear she felt as rockets flew overhead and her neighbors were attacked. She remembers her family separating, escaping to the mountains in search of safety.

The life of a refugee is all Dalia has ever known — but it’s not all that she wants.

Dalia’s father died, so she spends a lot of time helping her mother care for her younger siblings. But every spare moment she has is spent studying, and she hopes that her hard work will help her achieve her dreams.

When Dalia grows up she wants to be a doctor, and her teacher believes she has a great chance. However, one thing stands in this brave girl’s way — she first needs to survive the life-threatening weather ahead.

Refugees like Dalia know that winter is the toughest season they face. During the long, dark months, the winds can grow so strong that the tents in the camp get blown away. Cold rain seeps through the cracks and soaks what few belongings the refugees have.

Sicknesses like colds and the flu spread quickly through the camps … and without medication, these simple illnesses can turn deadly. Dalia’s baby niece has already caught an early cold, and Dalia worries the little girl’s tiny body won’t be able to fight off the infection. 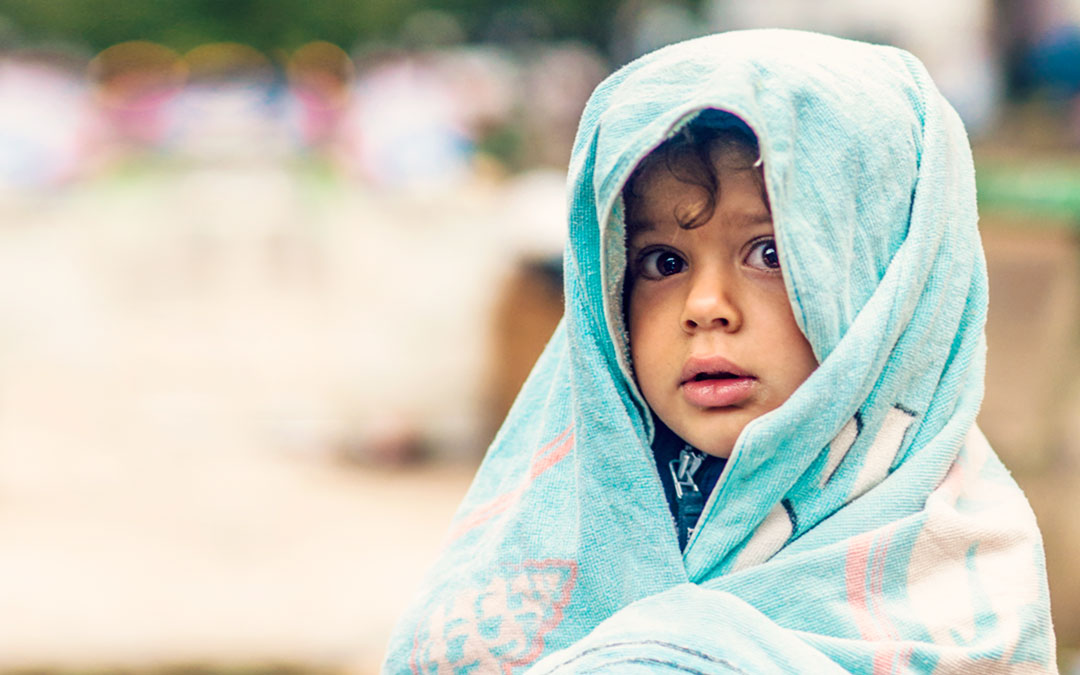 This is why Dalia wants to become a doctor — so she can help rescue refugees and other people who are sick. But first, she needs someone to come to her rescue this winter.

Refugees like Dalia are hungry, they are sick, and they are freezing. They need YOUR help.

For just $35, you can provide $189 worth of lifesaving winter supplies for a refugee — essentials like warm blankets and clothing, healthy food, heaters, medical care, and more.

And thanks to a generous matching gift, your donation will DOUBLE up to $80,000, allowing you to help save the lives of twice as many refugees like Dalia.

Dalia told me that while she may not be able to pay you back for your kindness and generosity, she plans to pay it forward. “Thank you for helping us,” she said. “You help sustain our life. I promise to help other people and study, study hard.”