Transforming a village: From a pastor’s home to ice cream cones

“It’s not an ‘either/or,’” Pastor Joe explained. “It’s not either we go and meet human needs, or we go and preach the Gospel. We have to preach and heal … preach and meet those needs. Because one without the other isn’t effective.”

Pastor Joe Veres has been the missions and administrative pastor at Forest Baptist Church in Forest, Virginia, for 13 years. The church’s mission is all about making Christ known around the world. And according to their philosophy, that begins with meeting the basic, physical needs of people living in poverty and living without Christ.

So, when they learned about the opportunity to take on a Village Transformation in a remote Guatemalan community, they knew it was something God was calling them to do. 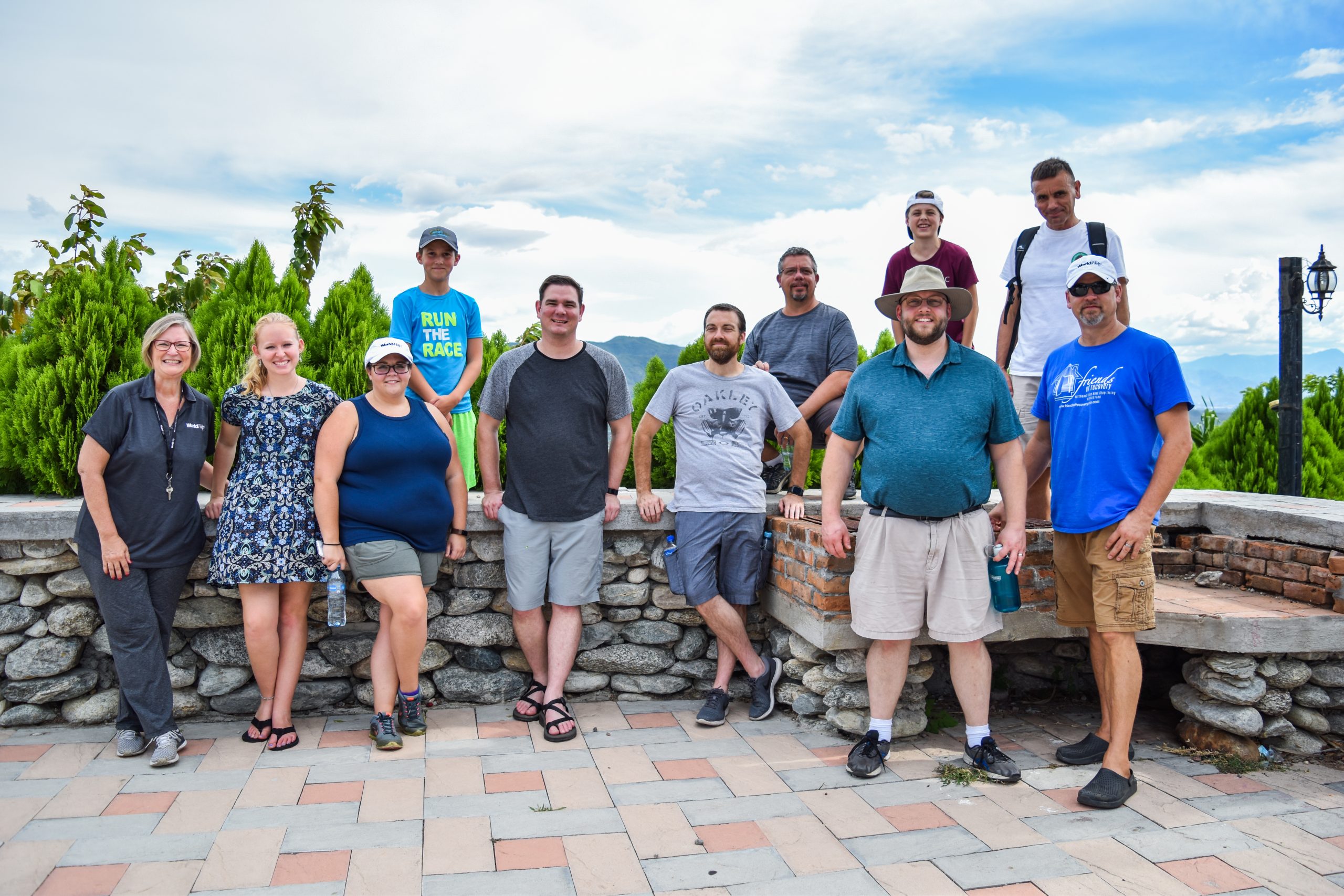 A tale of two churches

The village of Los Limones, Guatemala is small and doesn’t have too much to speak of. Many of the houses are held together by sticks and mud. The community’s school had holes in the roof and no restrooms. And the local church didn’t have a home for the pastor to stay in, so he lived in a different village.

Pastor Miguel is a former witch doctor whom God miraculously saved. After he entered full-time ministry, Pastor Miguel would travel up the mountain to Los Limones to preach and then try to leave the village before nightfall so he could safely return to his wife and children. He is committed to reaching this community with the Gospel, and that’s why he traveled miles every Sunday and every Wednesday.

Little did he know that in less than a year, his ministry would be made easier by another church in the United States.

Over 1,700 miles away, Forest Baptist Church was praying about the possibility of transforming a village in Guatemala.

They knew it was a big financial commitment to help repair or build homes, schools, and water wells. But after taking vision trips and praying about it and after learning about Los Limones, the church decided to make the investment in serving this community by meeting their needs.

Seeing God in the details

A team of 10 from Forest Baptist made their first trip to Los Limones in September of 2019 to renovate the local school.

At first, Pastor Joe was not sure how they would accomplish everything they had planned and hoped that the team would work well together.

As it turns out, the team ended up being the perfect blend of people willing to work construction and those who were willing to do relational work through ministering to the women and children.

“God put together a team that was primarily comprised of men and women who wanted to get their hands dirty,” Pastor Joe explained. “They wanted to do the heavy work. And so that was perfect. Then, as a continued part of that team, there were four people who wanted nothing to do with construction. They totally wanted to work with the children and do VBS-like events all day, work with the women, and everything. So that worked out perfectly. It was providentially ordained by God to be an effective first trip.” 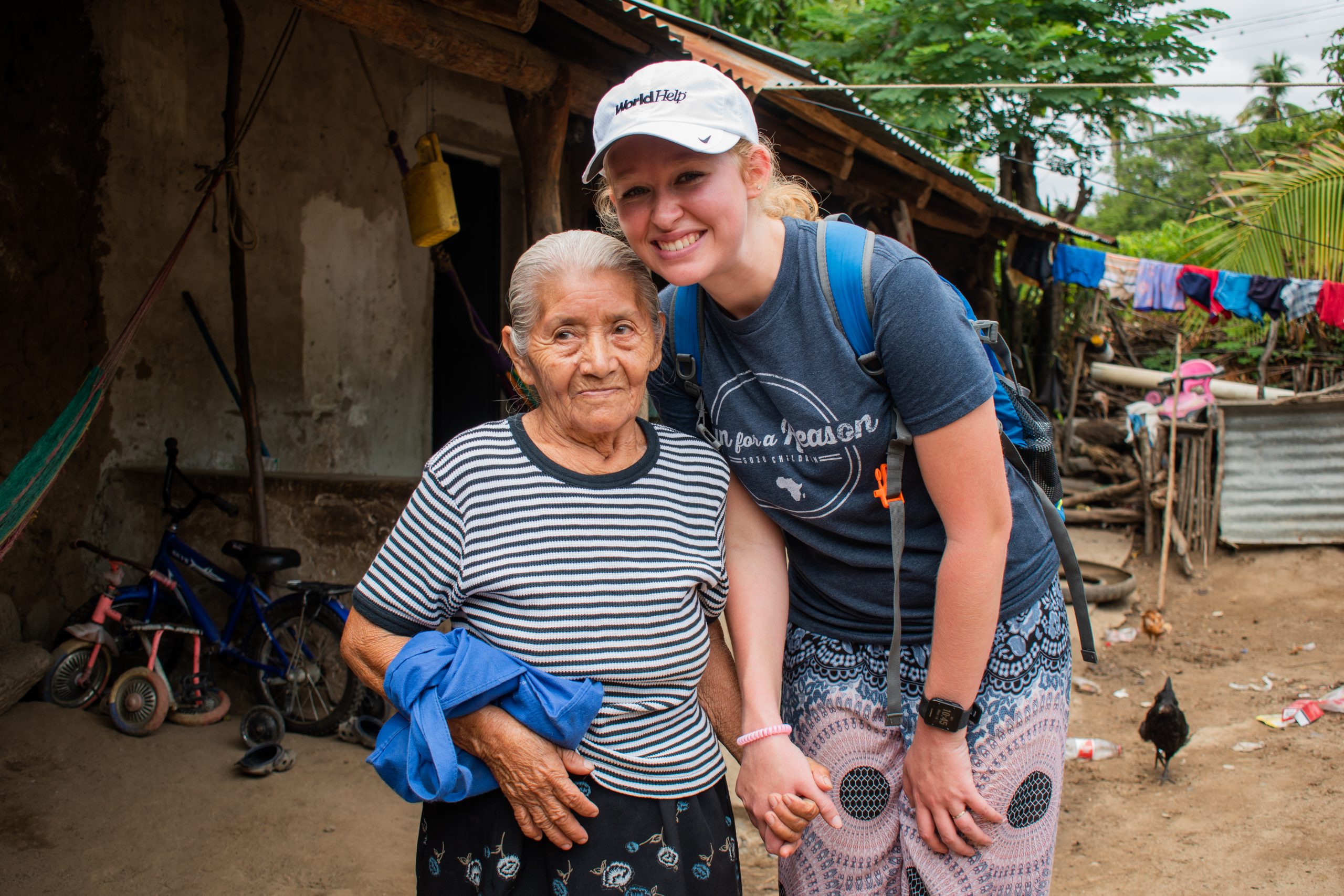 Before, the school was a one-room building with no bathrooms and a leaky roof. The team added restrooms, an additional classroom, a kitchen for lunches to be prepared, and put on a completely new roof.

Another team from Forest Baptist returned to Los Limones in January 2020 to build a house for Pastor Miguel.

This home will allow Pastor Miguel to be closer to the community and better minister to them throughout the week. Because of that, Pastor Joe is hopeful the spiritual vitality of the village will only flourish.

“We’re not going to be there forever,” Pastor Joe said. “And when we’re gone, we hope we leave a stronger village, a healthier village, but also leave a healthier spiritual condition there as Pastor Miguel works.”

The community members of Los Limones weren’t the only ones blessed. The church members of Forest Baptist were, as well. As each church member used their talents and their hearts for these people, they grew closer to the Lord themselves. 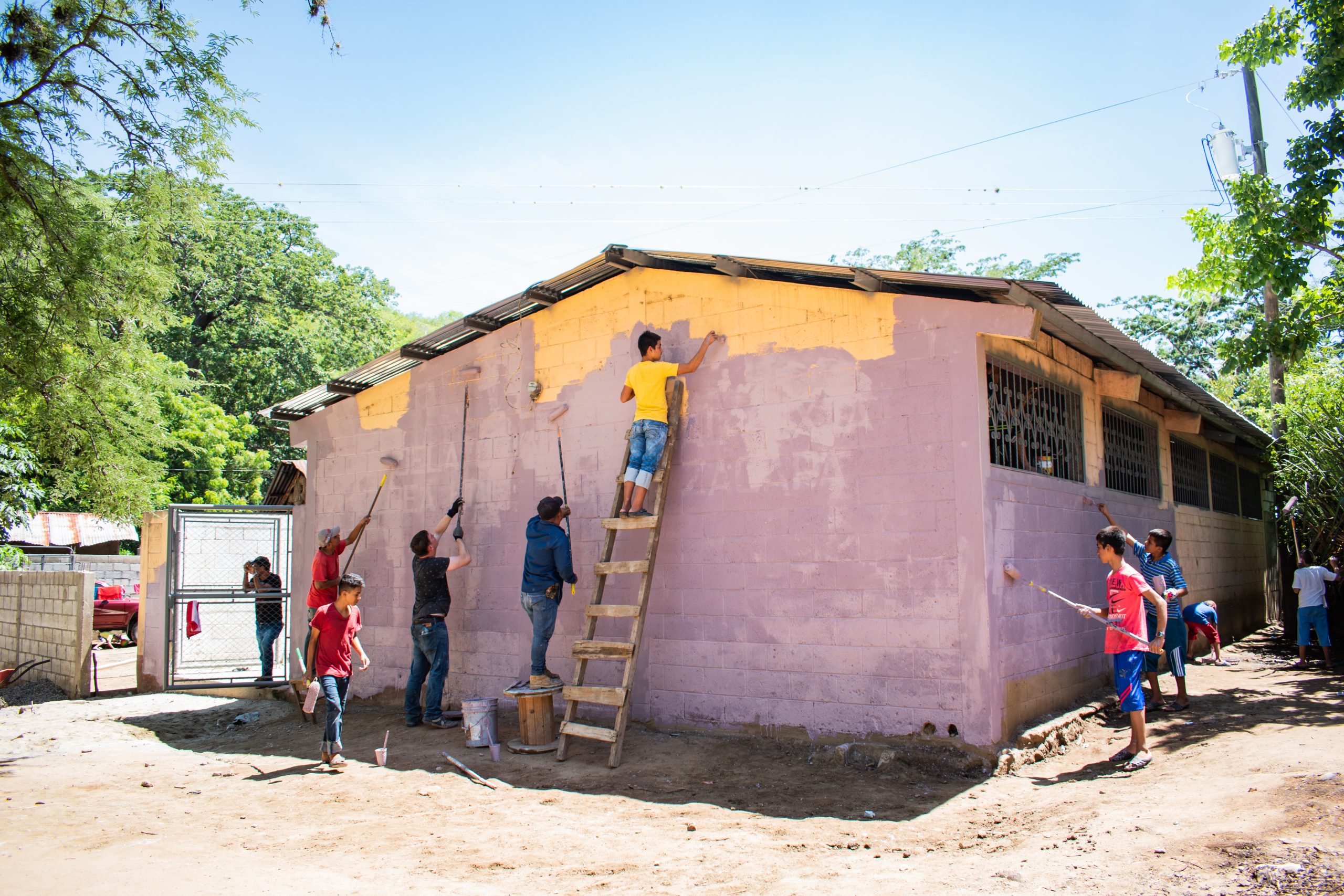 Everyone has something to give

On their second trip to Guatemala, God really began teaching the team members that they each had something unique to offer to help bless more families in Los Limones.

Jessica, a beautician, never thought her professional abilities would matter on the mission field. But when she started offering haircuts to people throughout the village, she realized how she could use her gifts to help others.

Then, she came up with a beautiful idea to help serve the women in the village.

“She made a scrub,” Joe explained, “out of oil and sugar and was able to give hand massages. Her intent there was to show how Jesus humbled himself and washed people’s feet.”

The luxury of being pampered is something these women had never experienced before. But through Jessica’s innovation and the team’s compassion, they experienced the love of Jesus Christ through a small, humbling act. 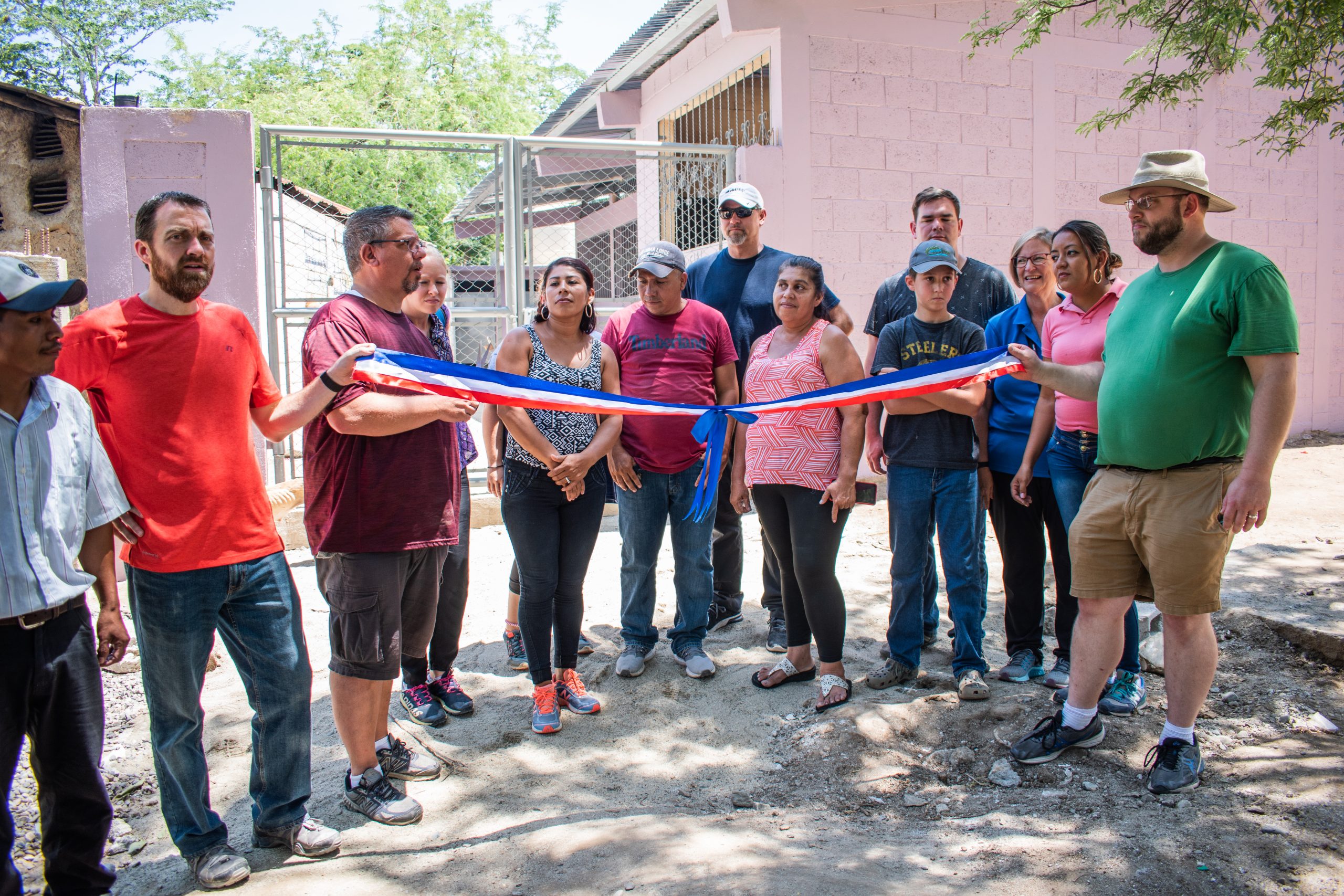 In the same way, Tima, a gentleman on the trip who had grown up in an Eastern European orphanage, wanted to do something special. As a little boy he was very poor, but now he recognized how much he had to give.

“I watched him for the first two days in there digging trenches and mixing concrete and hauling those buckets of concrete up to make a roof for the bathrooms and working so hard,” Joe said. “And then, an ice cream man came into the village …”

Music from a little moped filled the village of Los Limones, drawing everyone’s attention to the man hauling ice cream up the mountain to sell. All of the children began running up to the ice cream man … but none of them had any money to buy any ice cream.

That’s when Tima sprang into action. Soon, he had dripping ice cream cones between each of his fingers as he handed them out to the children … then to all of the women nearby. Eventually, Tima was running around frantically, trying to make sure he bought ice cream for everyone who wanted any.

He even remembered meeting a man named Pilar, who is 92 years old and has limited mobility. Tima knew Pilar wouldn’t be able to come join the crowd, so he ran, carrying him a cone and making sure to get more for anyone else he saw on the way. 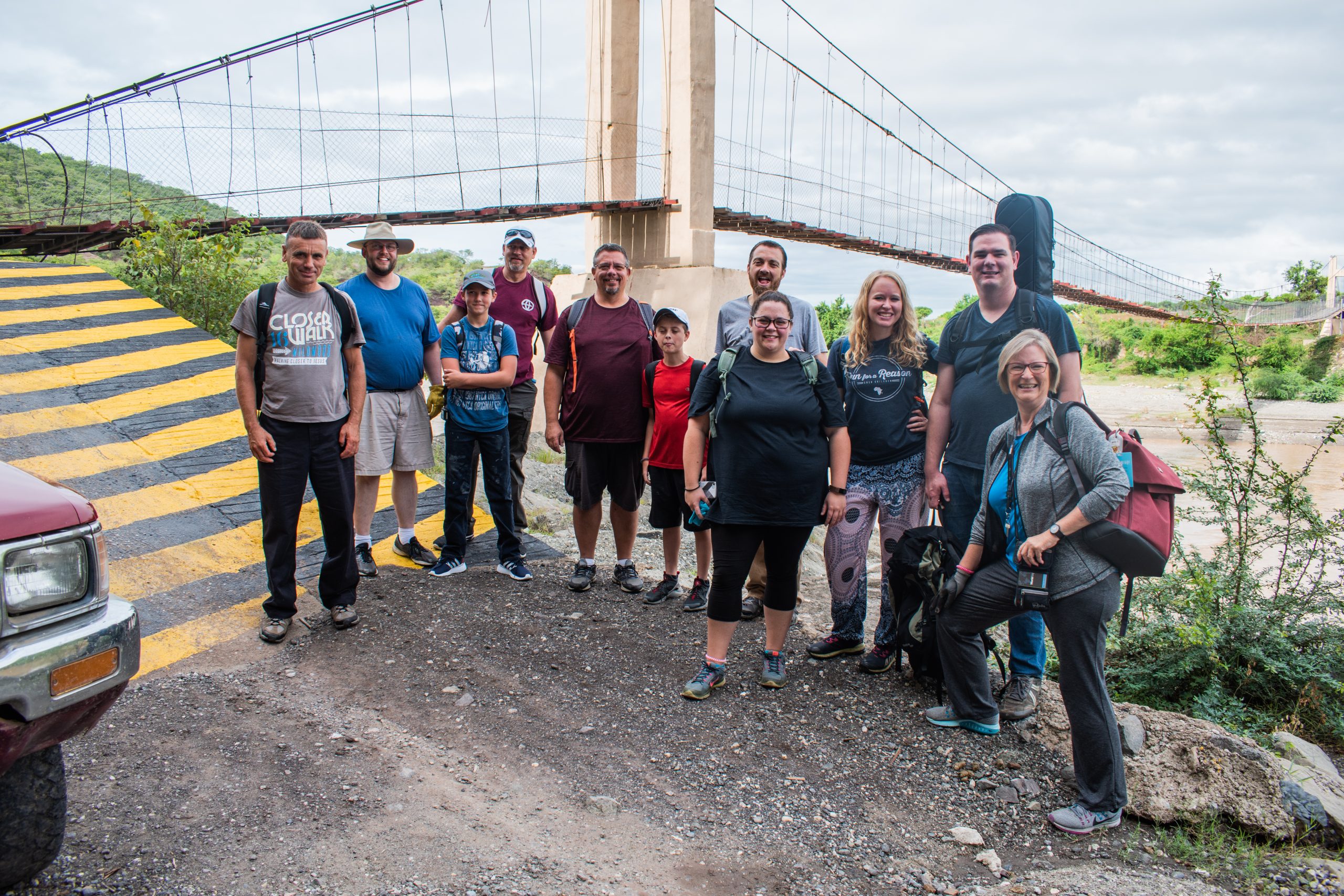 The place where the physical and spiritual meet

With every ice cream cone, every haircut, and every brick laid, the members of Forest Baptist Church were demonstrating the love of Jesus to the people of Los Limones. And that opened the door for many life-changing conversations about the Gospel.

Forest Baptist isn’t done in Los Limones, either. They’re still planning on going on more trips after the coronavirus pandemic is over and it’s safe to travel to Guatemala again. They plan to build more homes and share their passion for God with even more people.

In the meantime, they are continuing to financially support more construction projects. Most importantly, they are praying that God will continue to open more doors for them and for Pastor Miguel to continue sharing the message of salvation.

If you are interested in finding out how YOUR church can help transform an entire village — both physically and spiritually — click the button below to get started.

‘The best Thanksgiving ever’

Not many families would willingly give up spending Thanksgiving with . . .

Nix and Linnea Daniel first heard about the needs in Guatemala when a . . .