Two boys run for their lives — and find new ones

No one leaves home unless home is the mouth of a shark.

Sweat dripped down Daniel’s face as he dragged his heavy rake past the rows of plants barely beginning to sprout.

Ahead of him, Peter was already covered in mud, his 12-year-old frame stretched on hands and knees between the rows, pulling weeds. 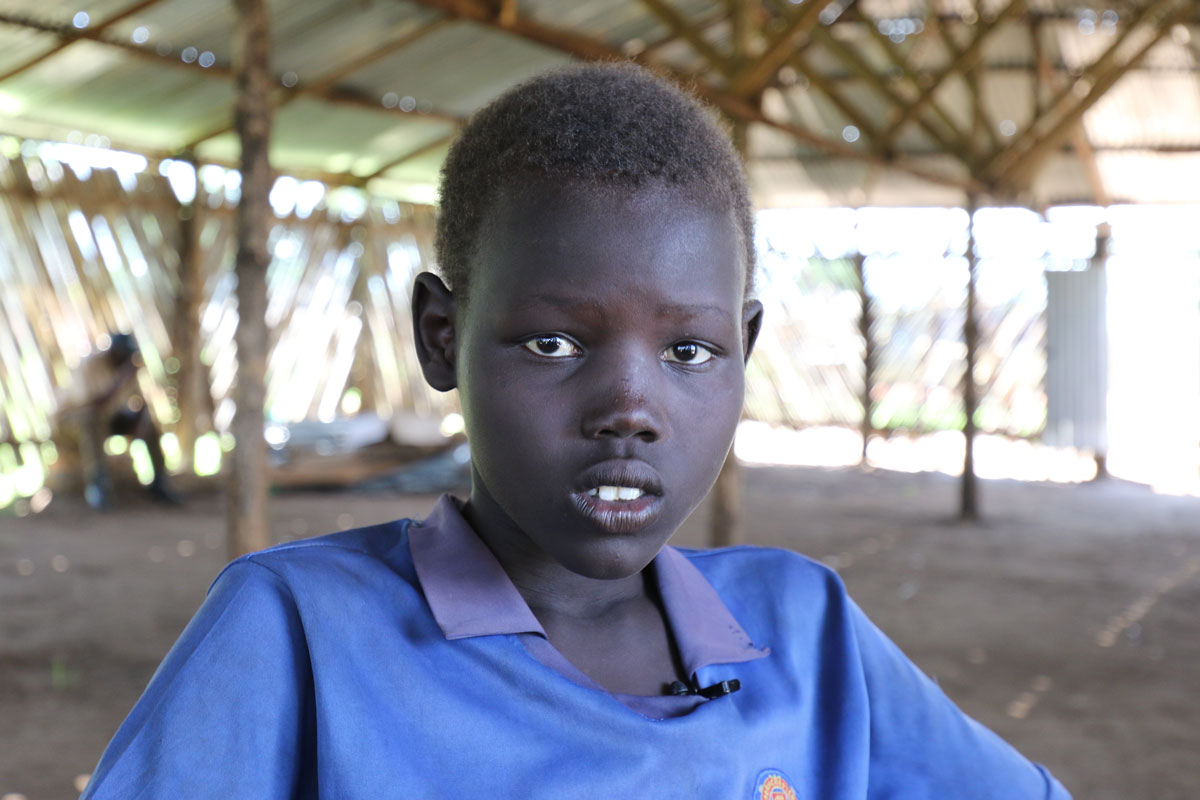 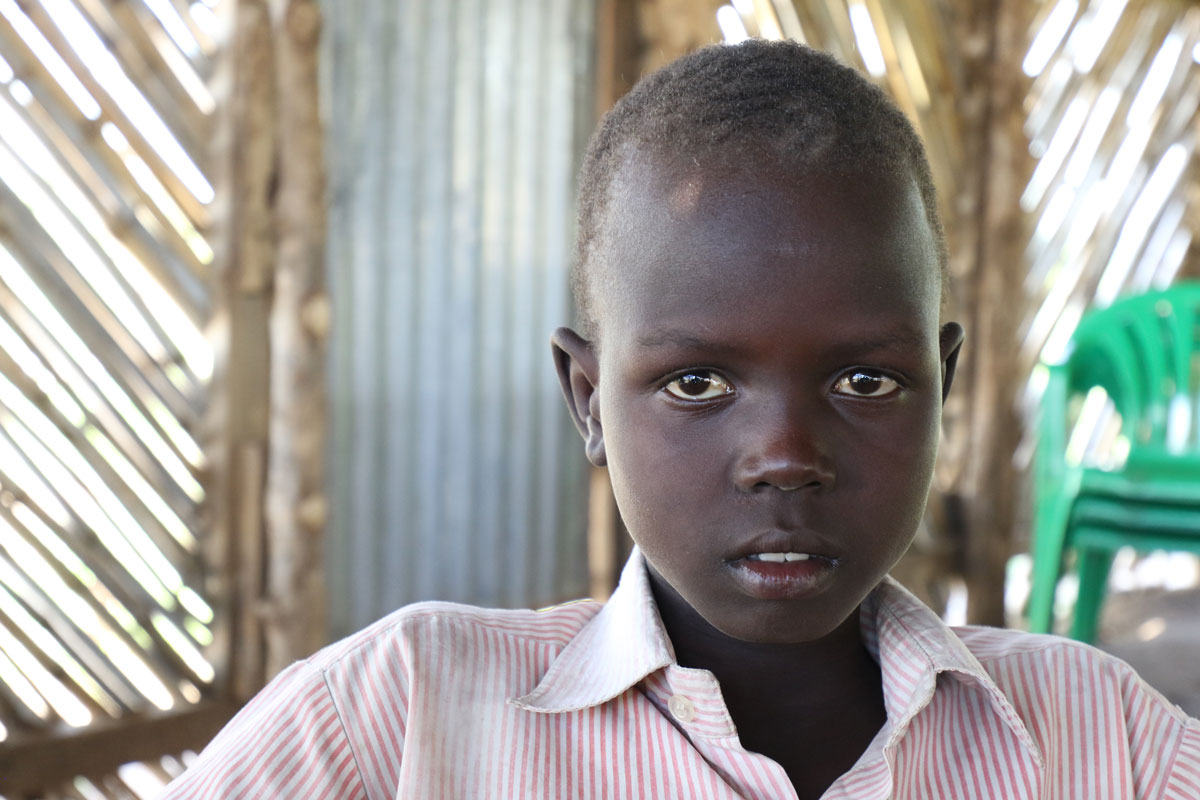 Peter grinned at the sight of Daniel’s rake. He had forgotten to grab his when he left the house that morning. The soil turned much more easily beneath its tines, and the weeds tore and came loose.

Daniel handed off the rake to Peter and walked back to the water bucket. He filled his hands with water once, to clean them, and again, to drink.

Daniel’s head jerked up at the sound. Water fell from his hands onto the dusty ground, where it made little rivulets in the freshly turned soil.

Peter stopped working as he heard the distant gunfire; he turned to Daniel, the blood drained from his face.

Across the fields came the sound of screaming — quietly at first, then louder.

Peter moved first. He dropped his rake and began sprinting, his bare feet trampling the fragile sprouts as he and Daniel fled.

They knew they couldn’t outrun the militia, so they headed for the road. Peter’s heart was pounding in his chest. He knew if they couldn’t hitch a ride, they would be caught and killed.

When a truck full of cows rumbled past, throwing dust onto their bare feet, Daniel sprinted to catch it. He leapt onto the bed and helped Peter up. The two of them squeezed in between the cows to hide as bugs swarmed over their heads.

The boys nervously watched as their village, their parents, their friends, and everything they knew disappeared in the distance.

They didn’t know where they were going. It didn’t matter; they were still alive.

Peter and Daniel stayed on the move for weeks. They hitched rides on vehicles; they found refuge in Kenya and then had to flee again when the fighting followed them there. It wasn’t until they arrived in Uganda that they found safety.

But their time in Uganda wasn’t easy, either.

When Peter first set eyes on the camp, he felt a pang deep in his gut. After all the trauma, he just didn’t feel safe anymore — not without his parents.

Daniel had deep bruises and cuts on his feet. He had made the whole journey barefoot. All he wanted was a bed, clean water to drink, and some food. But the man running the camp told him that resources were scarce.

Peter and Daniel were directed to a mud hut they’d be sharing with nine other boys only to discover that the beds were full. They’d have to sleep on the floor. 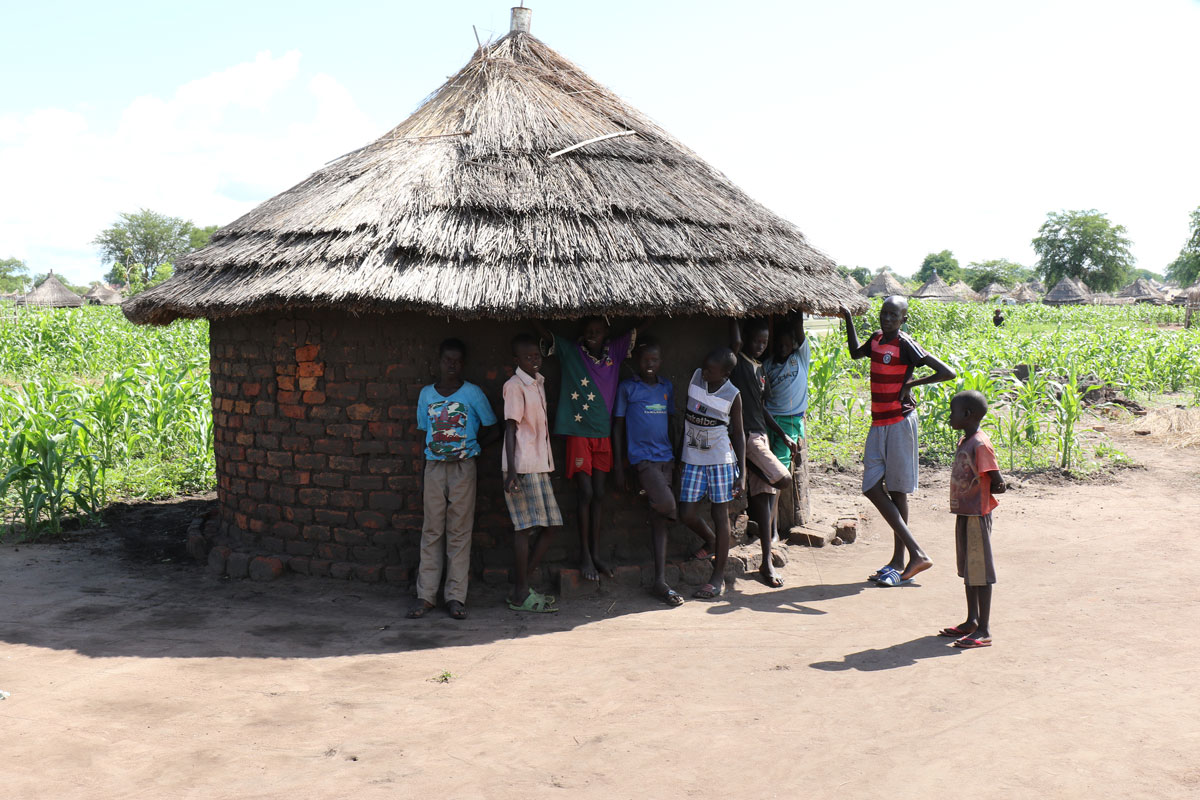 When Peter was rested enough to make the long walk across camp to ask for food, he was told rations had been cut. He would only have one meal a day, and he would have to wait until evening to receive it.

Peter lay awake that night on the dirt floor, his stomach growling, wondering if this was any better than running for his life.

Peter and Daniel spent many nights in that hut. They used their days looking for clean water and visiting church in the camp. But despite their difficult circumstances, they never lost hope.

And one day their hope was rewarded when a man from Good Samaritan Children’s Home told them that someone had sponsored them. That day, Peter, Daniel, and 10 other children left the Ugandan camp for good and found a safe, loving home at Good Samaritan.

This is not the larger story. This place is not their last place … God has a good plan for them. — Isaac, a pastor in the refugee camp

Sponsorship isn’t the end of Daniel and Peter’s story. Daniel wants to become a pilot and see the world from a new perspective. And Peter wants to be a pastor. When he was running from the militia, hiding between cows, and nursing a hungry stomach in the refugee camp, he felt God with him, giving him hope through everything.

He’s not sure he would have made it if he hadn’t had God’s peace. And he wants to share that hope with others.

Peter and Daniel are just two of the millions of refugees in the world today. And many haven’t been as lucky. But all of the refugees have one thing in common — they are in desperate need of help.

Stories like Peter and Daniel’s are quickly becoming an inconvenient truth. Refugees are disappearing from the news. People are done hearing about the refugee crisis.

But people like Peter and Daniel are still hurting. Their stories aren’t over yet, and neither are the stories of the other refugees.

You can help these stories have a happy ending. You can bring hope. And you can make sure that this crisis is just a small piece of refugees’ larger stories.

Peter and Daniel still don’t know where their parents are — or if they’re even alive. But the boys aren’t afraid anymore. They know they’ll have enough to eat and a bed to sleep in. You can give that confidence to another displaced person by giving to refugees today.

<center> Give to refugees
16