Two months with almost no food

It’s not unusual for a baby to cry, but at two months old, little Mariela Lopez never stopped.

She cried from the suffocating heat when the blazing Guatemalan sun beat down on the roof of her family’s mud house. She cried from exhaustion, unable to sleep through the long hot days. But mostly she cried out from hunger, her tiny body wracked with pain from a lack of nourishment.

Malnourishment affects countless babies and small children around the world. Impoverished parents in Guatemala, Uganda, and Haiti struggle to provide healthy food for their children. This can lead to permanent physical and mental stunting and leaves a child susceptible to dangerous illnesses.

Often it leads to death. 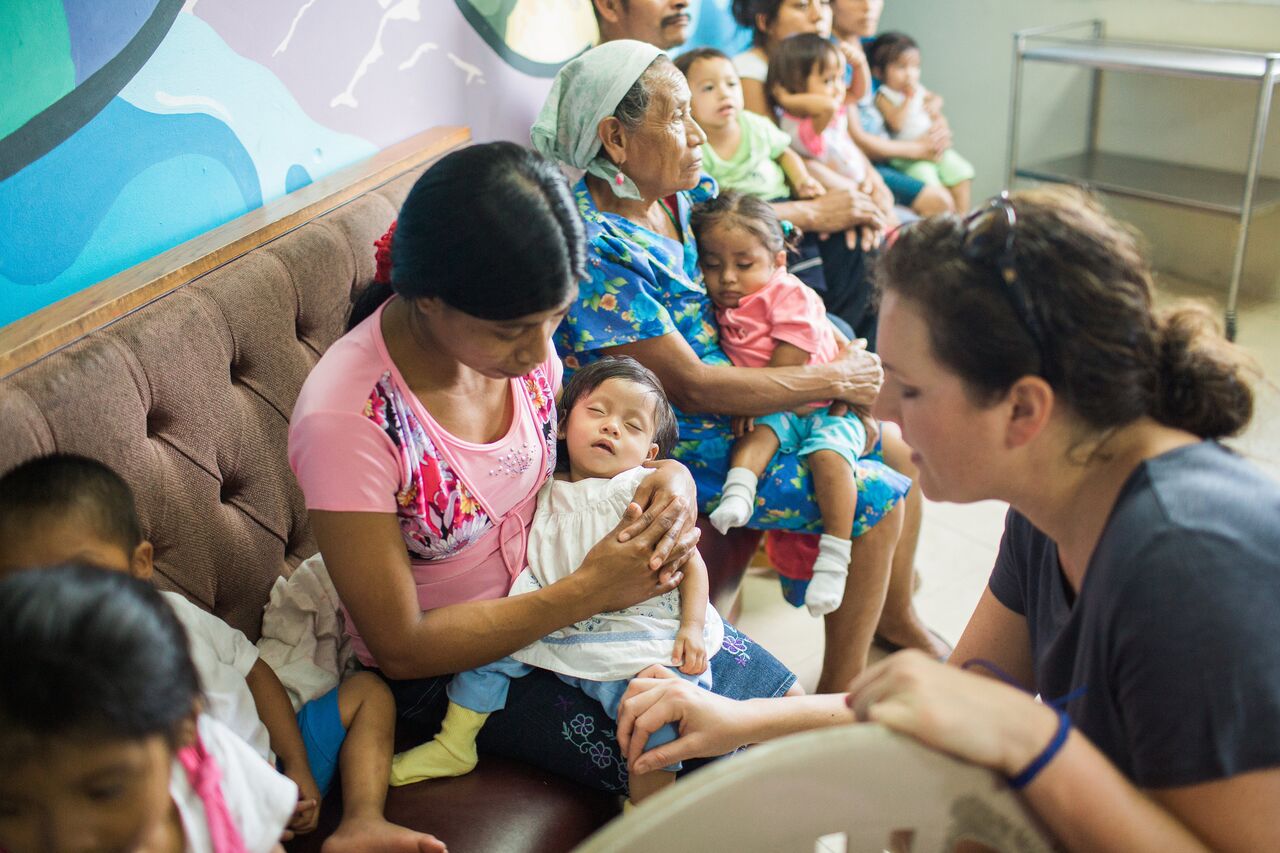 Mariela lives in a poor, rural community in Guatemala — a country where nearly half of the population lives below the poverty line. Most Guatemalan children don’t have access to the nutrients they need so their bodies don’t grow properly and their brains don’t develop like a healthy child’s should. Many are too weak to focus in school or even to play with their friends.

A lack of nutritious food can have a ripple effect on families. Dilsi, Mariela’s mother, was extremely undernourished herself, making it nearly impossible to breastfeed her little girl. The family had no money to buy formula, so for the first two months of her life, Mariela had almost nothing to eat. She had little chance of survival.

Her mother cried along with the baby, sure that her child was going to die a painful death. But what could she do?

Thankfully, Mariela was rescued and brought to the Guatemala Rescue Center.

When the medical staff arrived in her village, she weighed only 3½ pounds. At her age, Mariela should have weighed closer to 10 pounds. Her bones showed through her skin, and she was lethargic, barely moving her skinny limbs.

But since arriving at the Rescue Center, Mariela has received specialized medical care and formula. After a few months of care, she had already gained 3 pounds, and she continues to grow!

Instead of crying, Mariela coos as she looks up at her mother’s face. She kicks her legs with energy. Her baby cheeks, once sunken from malnutrition are now chubby and rosy. Mariela wouldn’t be alive today if it weren’t for the generosity of compassionate donors. And she is not alone.

Through Rescue programs in Guatemala, Uganda, and Haiti, many children have been saved from the brink of death. Because people on the other side of the world cared for them, these children have hope for a bright future.

Mariela will return to the Rescue Center for regular checkups and treatment, ensuring her health will continue to improve. For the first time since Mariela was born, her mother no longer has to worry about where her child’s next meal will come from or how she will furnish medical attention. For the first time, she believes her daughter will grow up to be a happy, healthy young woman.

Rescue has given this family hope.