John refused to deny Christ, even when facing torture and death in a North Korean prison camp
Share Tweet
or
Send an email

Crossing the river bordering North Korea is extremely dangerous … but 15-year-old John had no other choice.

His family was struggling to survive. They had no jobs. No money. If he didn’t do something, they would all starve to death. They desperately needed help.

But John found more than just physical help when he finally escaped North Korea. He also found the Gospel, the ultimate Truth that he had been searching for and that he would eventually give his life to defend.

Watch the incredible testimony of this young martyr as told by our North Korean partner.

John, whose name we’ve changed to protect his family, wasn’t thinking about the Gospel when he crossed the North Korean border. In fact, he’d never even heard the name of Jesus. The only thing he was thinking of was food.

He searched morning, noon, and night for a job but continued to walk away empty-handed.

Eventually his hunger caught up to him. After three days without food, John began begging in the market for leftover scraps.

Then everything went black …

John fainted from a lack of energy and food. When he woke up, he was in the home of a kindhearted missionary who had seen him lose consciousness.

“Why are you feeding me?” John asked.

The missionary told John about Jesus and how believers should do all they can to help people in need.

By the time the missionary finished explaining about Christ and the wonders of Heaven, John was ready to become a believer. He prayed the sinner’s prayer and then suddenly began weeping. His heart was already burdened to take the Gospel back to the people of North Korea.

After some discipleship and Bible training, the missionary gave John five copies of God’s Word to take home. He crossed the river once again … but this time he was caught.

North Korean guards forced John to empty his bag full of Bibles and demanded to know where he’d gotten them. John said he’d simply found them lying on the ground. Unsatisfied, the guards tortured this scared teenager until he passed out.

“I thought this would be Heaven,” John said when he woke up three hours later.

But John was nowhere near the streets of gold. He was now shivering in a cold prison cell.

Despite his circumstances, John stood and began singing “Amazing Grace” in the middle of that North Korean prison. The guards were furious and began beating John again.

Caleb, one of the other inmates, befriended John and tried to comfort him every time the guards tortured him.

One day, Caleb announced he was leaving because of good behavior. He had told the guards he’d never believe in God, and they rewarded him with extra rice and an early release.

“Why don’t you do that?” he asked John. But John refused to deny Christ.

A month later, Caleb heard the news that John’s refusal to deny Christ had cost him his life.

With a guilty conscience, Caleb took his chances and quickly swam across the same river John had crossed earlier. He found the missionary and asked how he could have what John had.

“How could [John] die for Jesus?” Caleb asked. “I lied and am on the way home. What’s the difference?”

The missionary’s answer was simple. “John had the Holy Spirit in him.” 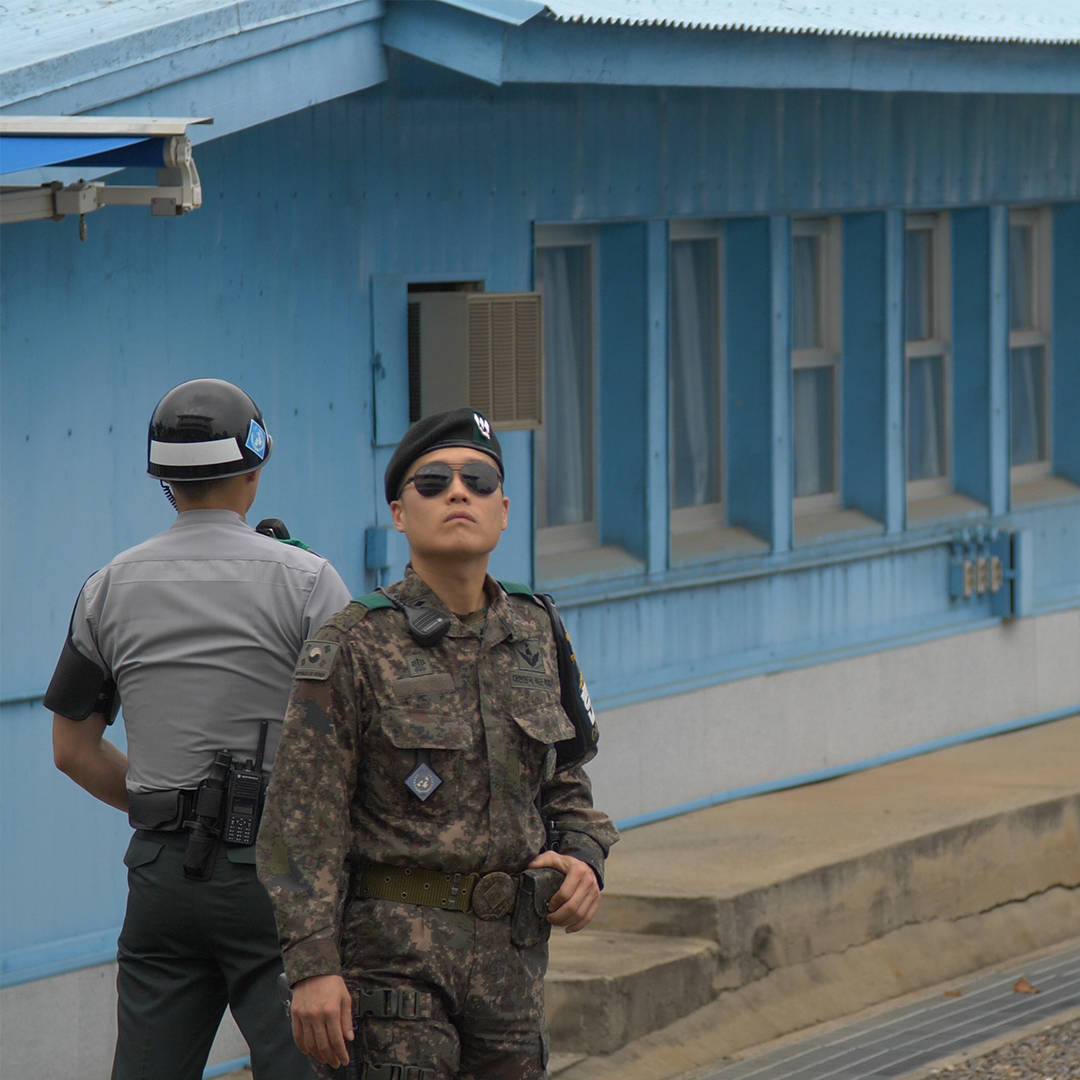 North Korean Christians like John are willing to risk everything — even their lives — to get their hands on God’s Word. They’re desperate to read it for themselves and to share it with others.

They especially need the comfort of Scripture right now as North Korea is going through a historic famine and countless people are starving.

Today, you can help answer the prayers of a North Korean who is waiting for a Bible … and you can provide him with lifesaving food, too! Your $20 gift will provide one hungry North Korean with a week’s worth of nutritious food plus his very own Bible.

Our partners have a secret underground network that they have used to distribute Bibles and other aid throughout North Korea for over 20 years. Using this network, they’ll ensure that the help you send gets into the hands of the people who need it most.

And since North Korean believers often share their Bibles with trusted family and friends, each copy you give will impact as many as five people — multiplying your impact!

John may now be in Heaven, but his legacy lives on here on earth. His story is being told, and people like Caleb are learning about the power of the Gospel. Will you help God’s Word spread through North Korea, too, by giving a Bible and food to someone in need today?

A prayer from a North Korean believer

No source of comfort for persecuted believers

Where do you turn when facing life’s problems? Your spouse? Pastor? . . .

How to pray the Scriptures for Christians in North Korea

It’s challenging to find the words to pray our hardest prayers, . . .