When help arrives just in time

Sara’s home in the refugee camp no longer felt like a safe haven — instead it seemed like a coffin.

It wasn’t long ago that Sara and her family fled for their lives. They used to live in a village outside of Mosul — a village that was full of Christians. Sara knew their home was a target for ISIS, so in the middle of the night her family escaped, carrying only what was essential for survival. They ran, and they didn’t stop until they reached the Erbil refugee camp.

Sara asked that we change her name to keep her identity safe.

Sara breathed a sigh of relief as her family got settled in the camp. But their story was just beginning. When you’re a refugee, it’s difficult to ever feel completely safe.

The Syrian civil war began in 2011, and since then, millions have fled the country, with millions more displaced internally. Refugee camps — like the one in Iraq where Sara and her family live are overcrowded, leading to increasing outbreaks of sickness and disease.

Unfortunately, most of the camps do not have adequate medical facilities. When a refugee is injured or sick, even the simplest illness can become deadly.

Not long after she arrived in the camp, Sara’s ear began to swell. She was in immense pain and had no idea what to do. Sara knew many of her neighbors in the camp had struggled to find treatment, and she became scared. The refugee camp no longer felt like a safe place.

Thankfully, a mobile medical clinic arrived in Erbil just in time. The doctors treated Sara and gave her the medicine she needed to recover. Without it, she could have lost her hearing. 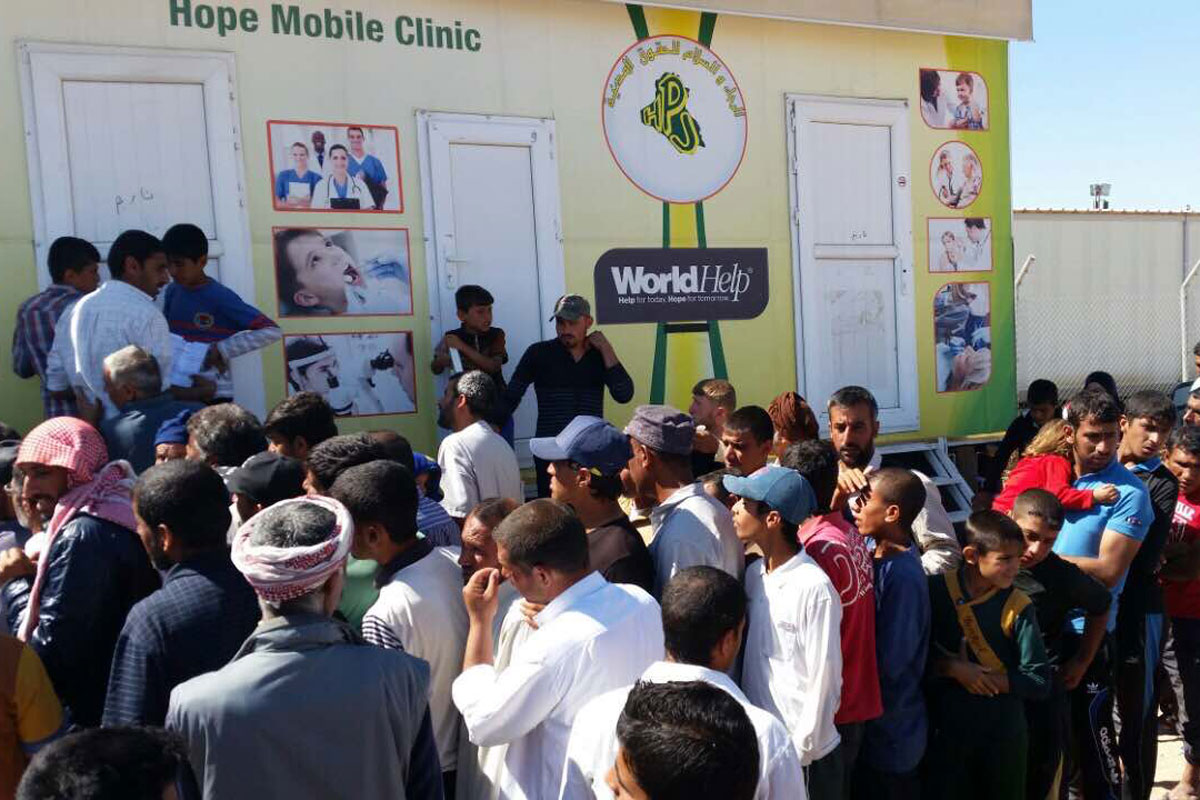 Since then, Sara and her family have been able to visit the medical clinic a number of times. It has become something she can depend on in the midst of a life that is often uncertain. The mobile medical clinic provides hope and stability for refugees in need … but food, water, and medical supplies are still scarce. 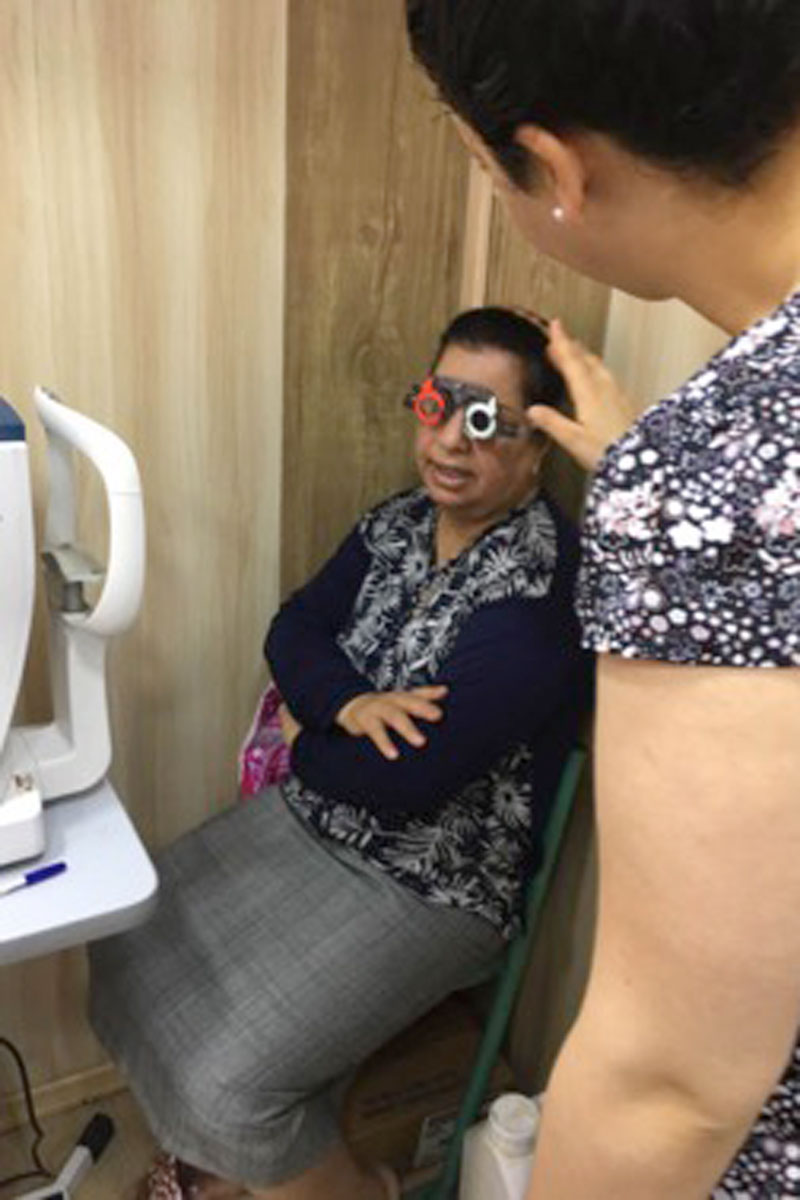 When you give to help a refugee, you send lifesaving supplies and emergency medical treatment to someone like Sara. Your gift provides food, water, and other essentials; but it also gives stability and hope.

You can be the hands and feet of Jesus to someone like Sara and Fazeel, a young boy who also is from the Mosul area.

Fazeel was 6 years old when his family left Mosul. Like Sara, his family left in a hurry, fleeing the violence that had descended upon their home. For Fazeel, life in the refugee camp felt unfamiliar and scary. And it got even scarier when he received a deep gash on his face.

Sanitation problems in the camps often lead to infections, and a simple cut can lead to death. Fazeel’s parents worried about leaving their son’s wound untreated. Then they heard about the medical clinic. They brought Fazeel in, and the doctors worked to stop the bleeding and prevent an infection. 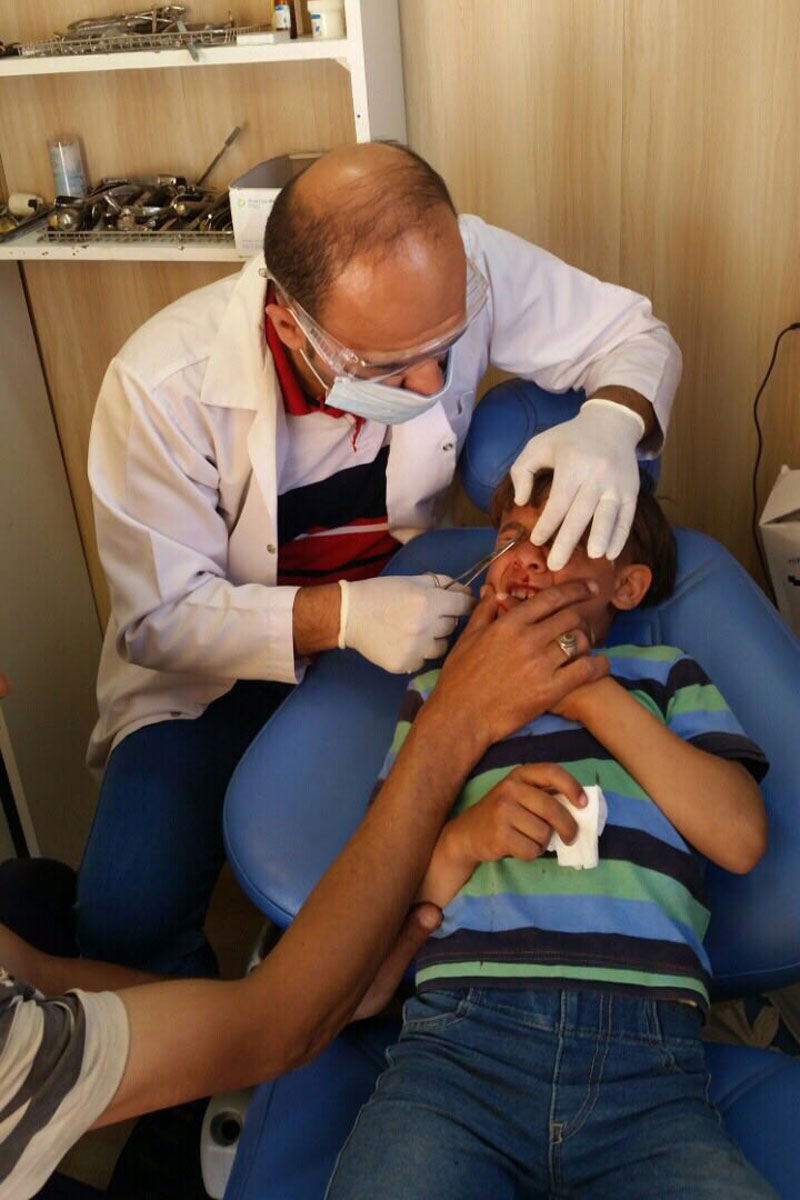 Fazeel’s father is overjoyed that his son was saved. When asked about the clinic, he said that in a world full of uncertainty, he trusted the doctors could help his son because they were Christians.

“We always trust Christian people because we are confident that they are very kind and merciful like their Lord,” he said.

Your support will not just meet a refugee’s physical needs, you will also point someone like Fazeel’s father to the love of Jesus Christ — our true source of security.

“The Lord is my rock and my fortress and my deliverer, my God, my rock, in whom I take refuge, my shield, and the horn of my salvation, my stronghold” (Psalm 18:2, ESV).

In times of trouble, Jesus is the only One we can be sure of. For refugees who have lost everything, He is a constant and ever-present shield. By sending aid to a refugee, you play a key role in introducing him to the God who will always be with him, even when life is uncertain.

Today, you can help save the life of someone like Sara or Fazeel by providing lifesaving food, medical supplies, and more. And today, you can remind a refugee he is not alone.

Click below to learn more about how you can help rescue a refugee in need.