World Help says the explosion in Beirut, Lebanon, has killed more than 100 people, injured over 4,000, and left as many as 300,000 people homeless. 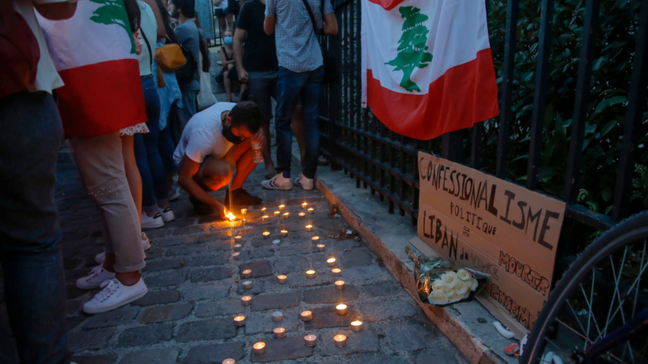 A man of the Lebanese community lights a candle next to a Lebanese flag during a vigil in memory of victims of the deadly blast in Beirut in Paris, Wednesday, Aug. 5, 2020. (AP Photo/Michel Euler)

They say they are there “assessing the damage, praying with people affected, and helping families repair their homes.”

In order to provide emergency relief for the victims, they say they need donations.

The blast in Beirut appears to have been caused by the ignition of a stockpile of 2,750 tons of ammonium nitrate, a chemical used in fertilizers and explosives, that had been stored at the port since it was seized from an impounded cargo ship in 2013.

With the donations, they will assist with victims’ medical expenses.

According to their website, they will also provide them with food and clean water.