A medical clinic in Iraq helped save a man — twice!

Jamail barely made it to the refugee camp alive.

At the age of 78, he was forced to leave his home near Mosul and flee for his life — traveling over 70 miles on foot without food or water. The invasion of his home was terrifying enough, but the long journey nearly killed him. By the time he reached the camp, Jamail was suffering from terrible migraines and heat exhaustion. His aging body began to shut down.

Jamail, whose name we’ve changed for safety, wasn’t sure he would survive much longer. Thankfully, a mobile medical clinic funded by our donors helped save his life then and again, after he was able to return home months later.

After ISIS was driven out of the region, many refugees were relieved to finally return home. However, despite their relief, refugees have found little to smile about. They are still in need of food, water, and medical attention. Their homes are destroyed, their jobs are gone, and resources are tight. When sickness or injury occur, refugees often have nowhere to turn.

“These people have a hard life,” said one of the staff at the mobile medical clinic. And when the clinic arrived in the poor village of Qaraqosh, the nurses were expecting to see more sorrow. Instead, they noticed an older man — standing in line with a bright smile.

That man was Jamail. When the nurses asked why he was so happy, Jamail told them that this wasn’t his first time at the clinic. “Your clinic helped me when I was in Erbil and gave me medicine that I couldn’t buy,” he said. 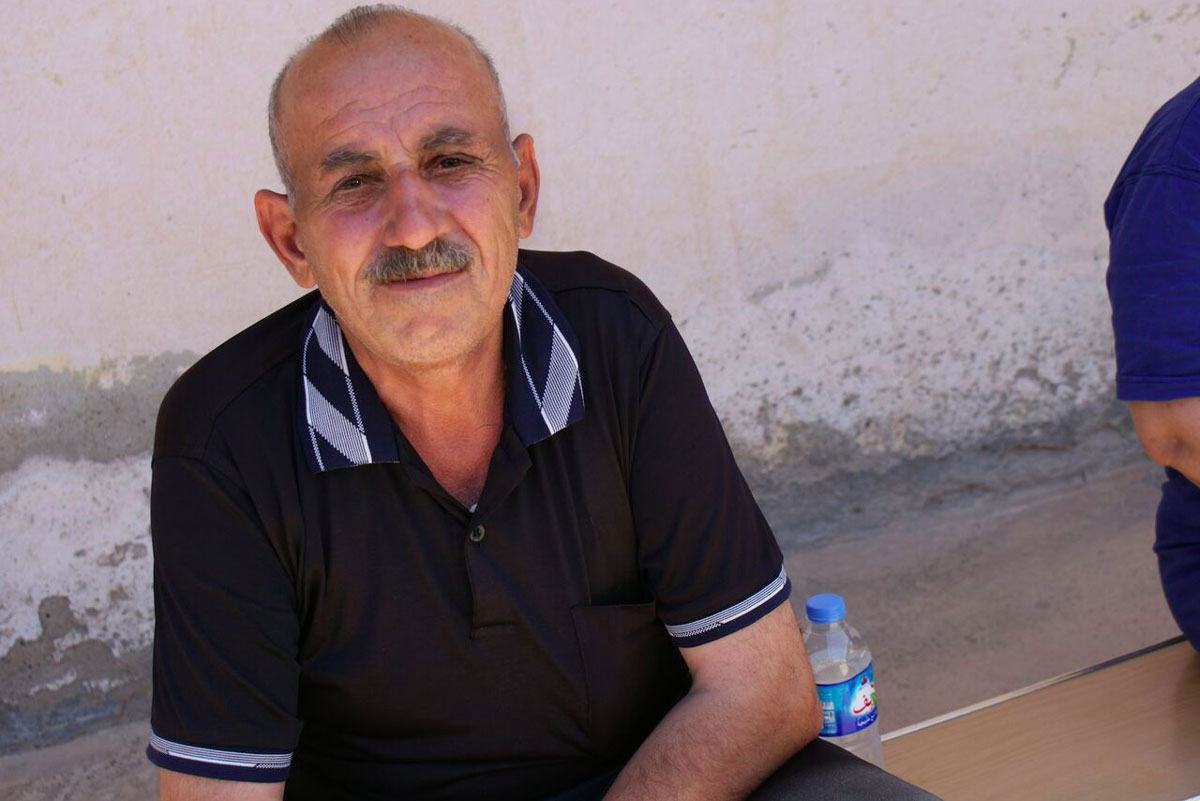 Jamail went on to describe how he had arrived at the Erbil refugee camp with almost nothing. Thankfully, the mobile medical clinic at the camp was well stocked with medicine and tools. Jamail received treatment for his migraines and his heat exhaustion.

Full of joy, Jamail finished his story and exclaimed, “Thank God!” He was so grateful for all that he had received. The work of the mobile clinic helped save his life — and the lives of many others. However when Jamail returned home to Qaraqosh, he no longer had access to the treatment he needed.

“I’m glad you’re here,” he told the clinic staff. “I can’t pay for the expensive medicine to get my therapy.”

Refugees like Jamail have seen and experienced terrible things. They have lost their homes, their livelihood, and some have even lost family members. Whether they are living in a crowded refugee camp or the crumbled remains of their home, there is little cause for joy. Many are still waiting for aid.

However, when you send aid to a refugee, you cause smiles just like Jamail’s. You provide food, water, shelter, and medical aid to people who have lost everything. You help save their lives — and restore their hope for the future.

Today, Jamail is full of joy. But there are refugees around the world who are still waiting for help. Click below to learn more about how you can help refugees.