Annet’s Story | The Impact of Sponsorship

Annet grew up with her parents and siblings in an impoverished village in Uganda. As peasant farmers, they only earned meager wages after long days of arduous work under the blazing, African sun. A strong and dedicated woman, Annet’s mother gave all she had each day, but even her best efforts were not enough to give her children all they needed . . . much less provide a proper education, giving them hope for a better future.

Good Samaritan School in Kampala, Uganda, was the answer to this brave mother’s prayers. Through this ministry and the generosity of sponsors around the world, Annet had all of her basic needs met, and received a quality education. Sponsorship and the incredible ministry of Good Samaritan School changed Annet’s life and provided her with greater opportunities than she ever imagined. 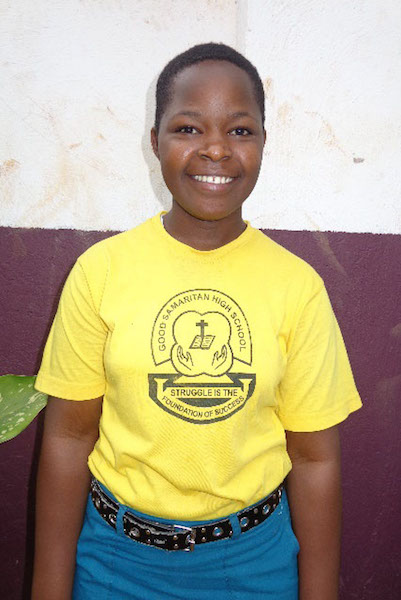 Sponsorship truly shaped the future for Annet and gave her hope to dream . . . “I thank you so much for taking care of me, paying for my school fees, and I pray the almighty God blesses you abundantly,” she said in a recent letter to her sponsor.

For several years, Annet had been sponsored without really knowing who her sponsor was. She knew what an incredible influence they had on her life, providing her with the opportunity to attend Good Samaritan School, but that was about it. Though she didn’t exchange letters with her sponsor for the first few years, the impact on Annet’s life was evident. But the day Annet received a letter addressed to her, it all became much more meaningful . . . more real. And the relationship between her and her sponsor grew closer every day.

She had seen other children receive letters from their sponsors before . . . she even helped pass them out to the other children. But when she finally received her first letter, she was so excited that she couldn’t stop talking about it. Our partners at Good Samaritan shared that she would read and re-read her letter and even skipped lunch that day to read it again and again! And now, there was an actual name behind the word “sponsor.”

Annet was so excited to be able to write a letter back to her sponsor and actually thank them for caring enough to provide for her in many ways. From that day forward, she received more letters and packages from her sponsor and always looks forward to responding with her own letters. Our Director of Child Sponsorship even had the opportunity to personally deliver a Christmas gift to Annet a few years ago. He was able to see the impact this sponsor’s letters and gifts had on this teenage girl firsthand. 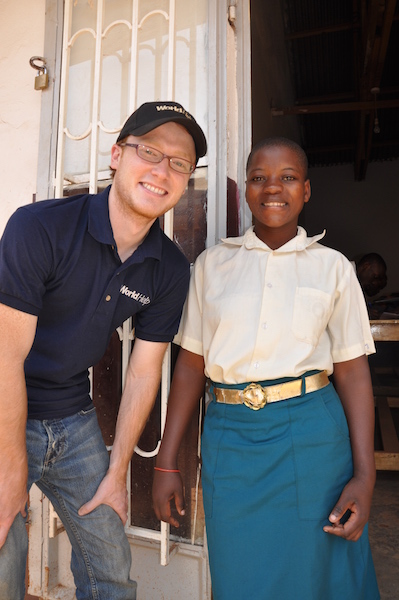 It truly is incredible to see the kind of love that is portrayed through a sponsor . . . through the monthly sponsorship gift, the prayers, and the letters of encouragement and love they send around the world to reach their sponsored child. The impact is undeniable for both the sponsor and the child.

If you’ve never had the opportunity to take the plunge and invest in a child’s life, there’s no better time than the present. Put your love on the map by making the decision to sponsor a child today, or if you already sponsor a child, send a letter of love and encouragement to them. It’s never too late! Just like Annet’s story, your letters and prayers send a loud message of love to these children. Valentine’s Day may have come and gone, but you have the opportunity to share your love with your sponsored child all year-round. Choose to make a huge difference today!