God used you for a miracle

Ashok was 60 years old when he witnessed a miracle.

A proud father of four young men with children of their own, his heart filled with resentment as he watched his sons struggle to provide for their families in their poverty-stricken village.

Ashok owns a small grocery store in the center of Nath Mohalla — an impoverished village in India comprised of 150 families who mainly rely on snake charming for their income. Resources had become increasingly scarce in the community and tensions were quickly mounting.

“We frequently had disputes over water,” Ashok said. “This is so important to arrange for the whole day. I blamed others and the local authority for not being sensitive to our basic needs.”

Without water, the people of Nath Mohalla were forced to wear the same dirty clothes for weeks, and they were perpetually sick from the lack of hygiene and proper sanitation.

Poverty had stripped them of resources, but the lack of clean water had robbed them of dignity. Forced to live in complete filth, the people of Nath Mohalla were growing to despise themselves.

For years, these men, women, and children were held captive to lies of worthlessness and despair … but your kindness reached into those lies with a powerful testament to the truth — one that came in the form of clean water. 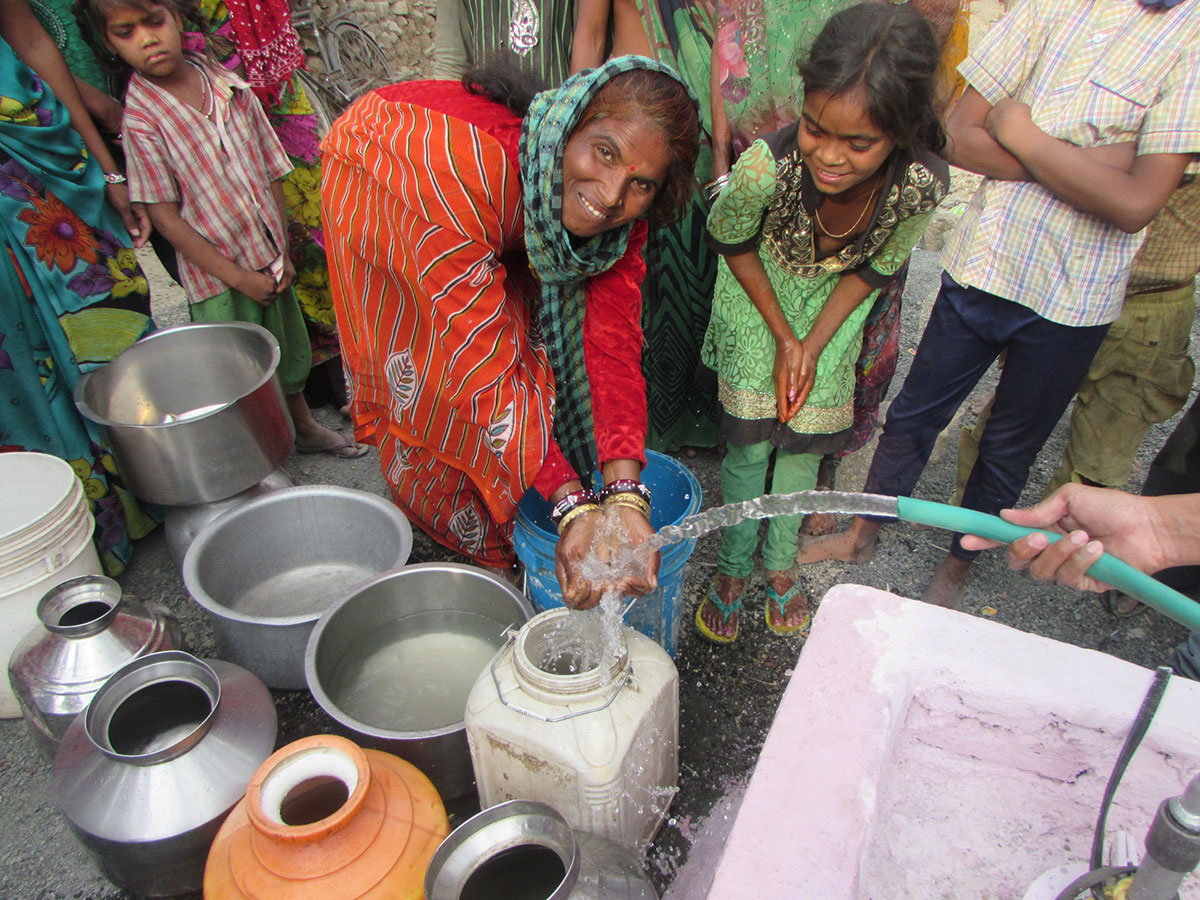 The day our team began drilling is the day that changed Ashok’s life forever.

“They were drilling so deep and we did not see any signs of water. It was 300 feet, and no water,” Ashok recalled. “The team gathered us together and asked us to join in prayer. They prayed to the Heavenly Father to have mercy and bring water out of the ground. To our utmost surprise, as soon as we finished prayer, water came up! Praise the Lord!”

Today, Ashok’s resentment has turned to love and his despair to joy. He now has time and energy to invest in his work and family, and he glows like a man who has witnessed a miracle — a miracle of hope.

By providing clean water, you are promoting unity and a path out of poverty. But even more importantly, you are giving tangible evidence to overlooked communities that God has not forgotten them.

Your compassion and generosity are opening eyes to see a powerful Heavenly Father who still perform miracles today … miracles He chooses to perform through people like you.